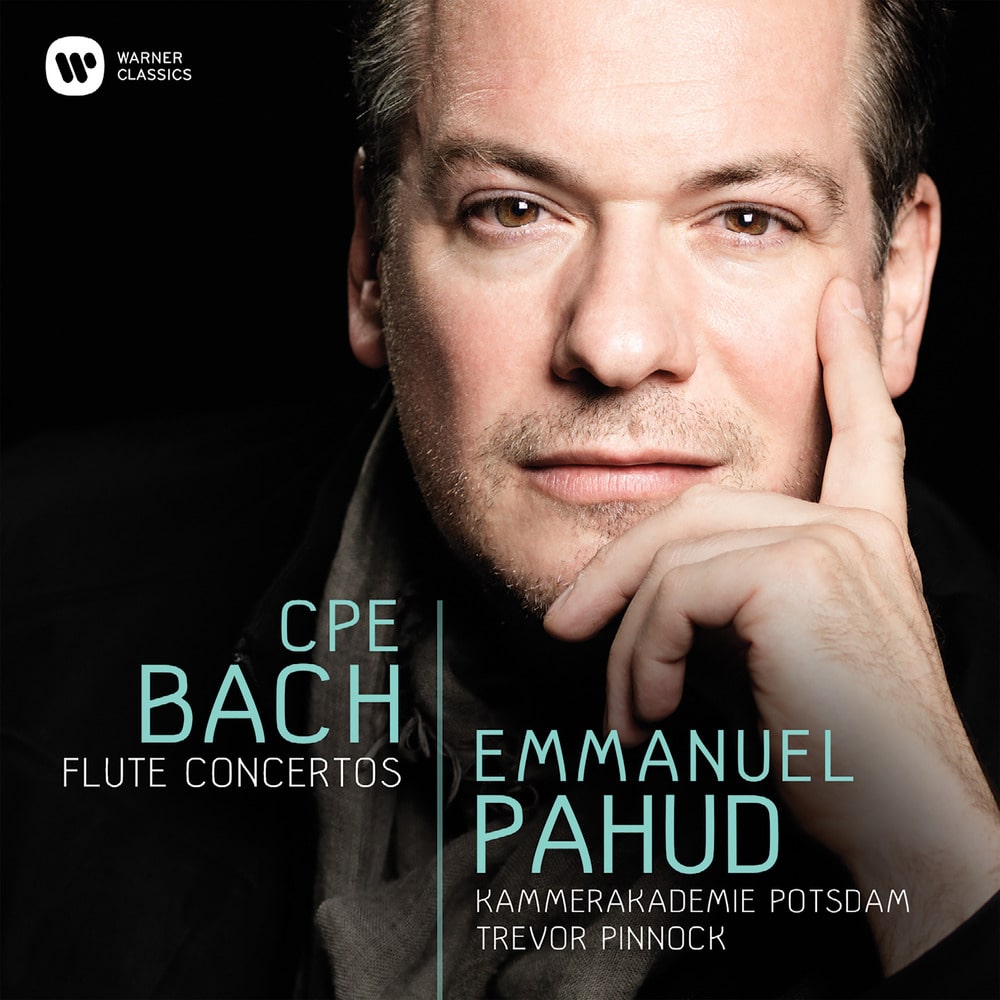 Emmanuel Pahud returns to music written for The Flute King with these three concertos by Carl Philipp Emmanuel Bach (1714-88), who spent nearly 30 years on the musical staff at the court of Frederick the Great, a powerful monarch and a highly accomplished flautist. Pahud, the long-standing principal flautist of the Berlin Philharmonic Orchestra, is joined by Kammerakademie Potsdam, directed from the harpsichord by Trevor Pinnock.

Several works by CPE Bach feature on Emmanuel Pahud’s Warner Classics album The Flute King, comprising music written for Frederick, which was released in 2011 to this response from International Record Review: “Pahud can equally lay claim to the title of 'The Flute King' … [He] demonstrates a flexibility of phrase that arises naturally from the architectonics of the music rather than being imposed on it by a 'personality'. Despite the modern flute, his ornamentation and articulation are thoroughly idiomatic and chime with his period-instrument collaborators' crispness of attack and cleanly expressive shifts in colour.”
96 kHz / 24-bit PCM – Warner Classics Studio Masters