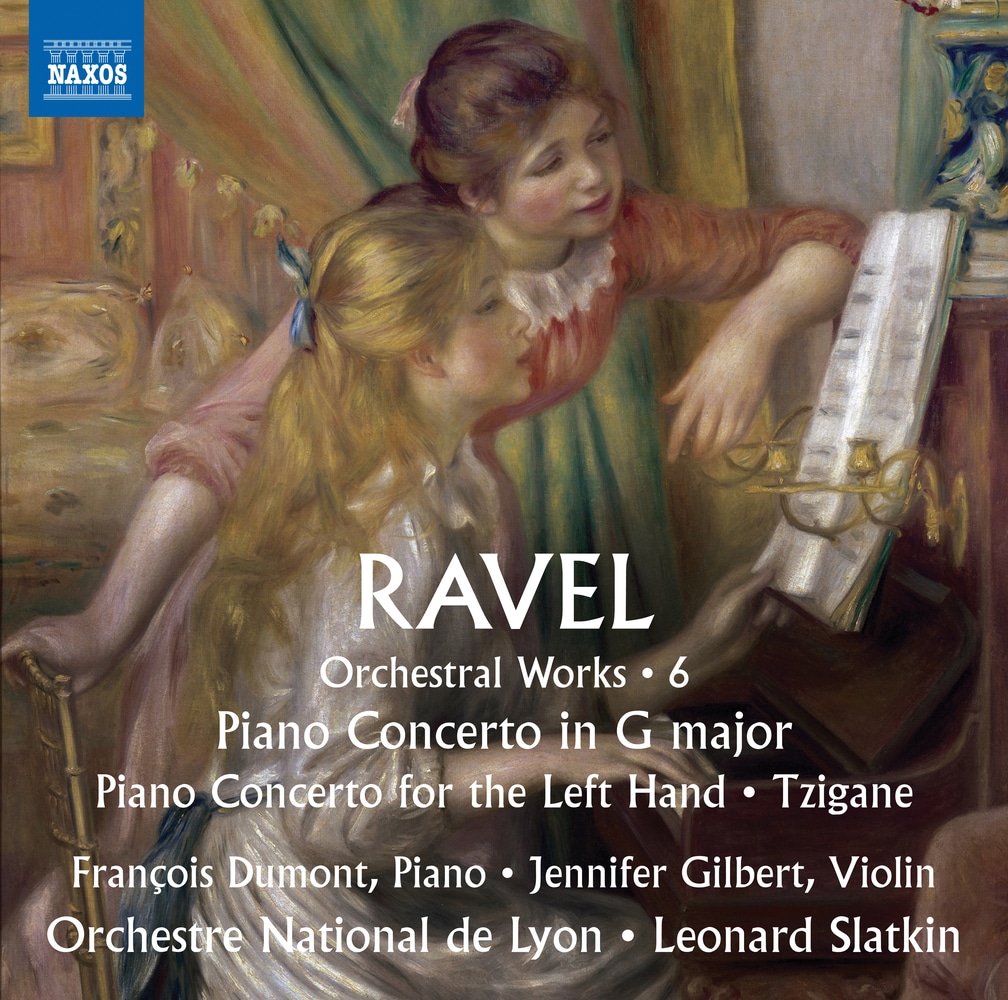 Available in 96 kHz / 24-bit AIFF, FLAC high resolution audio formats
Composed between 1929 and 1931, Ravel’s two piano concertos reflect his enthusiasm for jazz, though one that was thoroughly absorbed into his own idiom. The Concerto in G major, originally conceived as a Basque rhapsody, is lightly scored but sports a vivacious percussion section, galvanising motor rhythms and a slow movement of astonishing beauty. The Concerto for the Left Hand, commissioned by Paul Wittgenstein who had lost his right arm in the First World War, is a single movement tour de force, as is Tzigane, a gypsy violin showpiece of dazzling virtuosity. "Ravel’s three works for soloists and orchestra could not be more different. With his Piano Concerto in G major, he utilizes relatively small orchestral forces and keeps almost everything on an intimate scale. In contrast, with the Piano Concerto for the Left Hand, the composer lets loose a torrent of sound, including a famous solo for the contrabassoon. And while writing for just the left hand, Ravel would have the listener believe that the pianist is actually using both. Tzigane has been a favorite showpiece for every great violinist, displaying the gypsy side of the composer. We are fortunate to have two brilliant soloists, pianist François Dumont and violinist Jennifer Gilbert, alongside the Orchestre National de Lyon to present the marvelous works contained on this installment of Ravel’s music." - Leonard Slatkin (Conductor of the Orchestre National de Lyon)
96 kHz / 24-bit PCM – Naxos Studio Masters