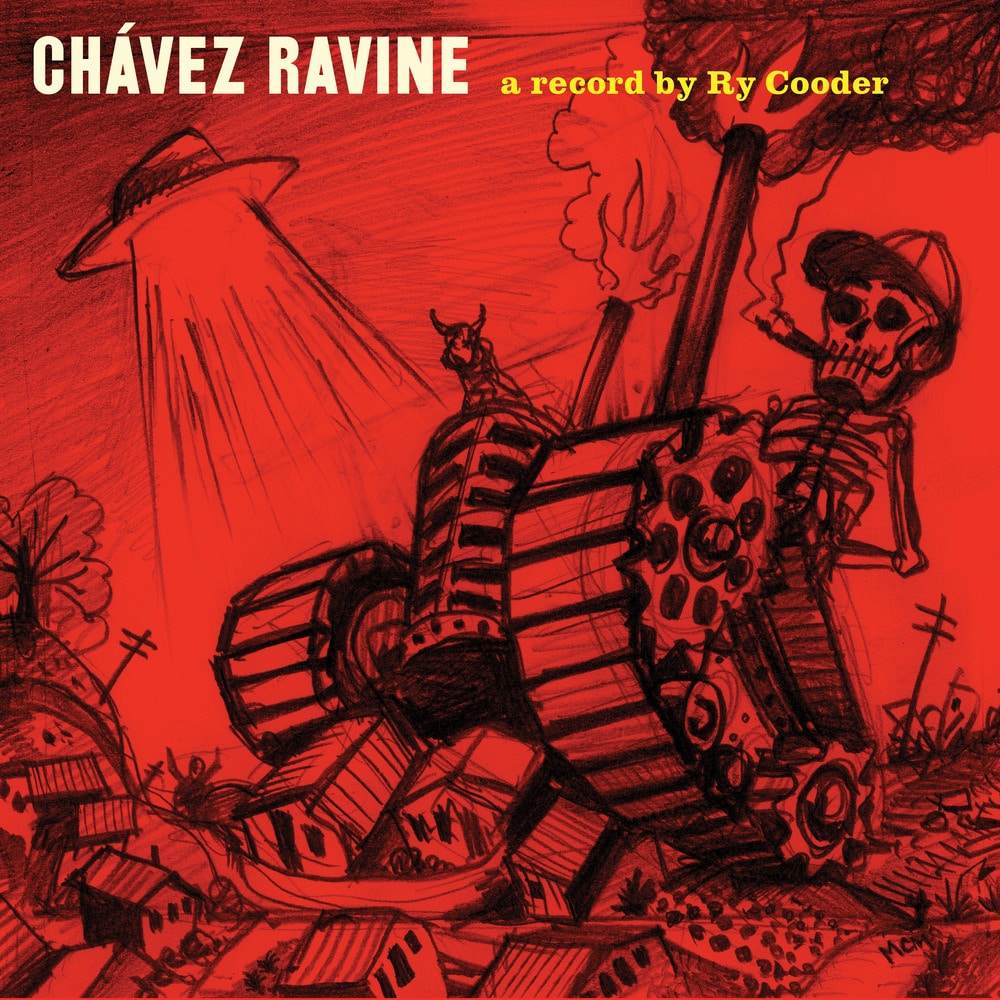 Available in MQA and 44.1 kHz / 24-bit AIFF, FLAC audio formats
Ry Cooder’s critically acclaimed album Chávez Ravine, first released on Nonesuch Records in 2005, is being remastered by Martin Pradler from the original high-resolution source files for this 2019 remaster. Chávez Ravine is "a remarkable song cycle," said Rolling Stone, "a brilliant and flavorful film-noir history lesson." A post World War II–era American narrative of “cool cats,” radios, UFO sightings, J. Edgar Hoover, red scares, and baseball, the album is a tribute to the long-gone Los Angeles Latino enclave known as Chávez Ravine. Using real and imagined historical characters, Cooder and friends created an album that recollects various aspects of the poor but vibrant hillside Chicano community, which was bulldozed by developers in the 1950s in the interest of “progress”; Dodgers Stadium ultimately was built on the site. Cooder says, “Here is some music for a place you don’t know, up a road you don’t go. Chávez Ravine, where the sidewalk ends.” Drawing from the various musical strains of Los Angeles, including conjunto, corrido, R&B, Latin pop, and jazz, Cooder and friends conjure the ghosts of Chávez Ravine and Los Angeles at mid-century. On this 15-track album, sung in Spanish and English, Cooder is joined by East L.A. legends like Chicano music patriarch Lalo Guerrero, Pachuco boogie king Don Tosti, Thee Midniters front man Little Willie G., and Ersi Arvizu of The Sisters and El Chicano.
44.1 kHz / 24-bit PCM – Nonesuch Studio Masters