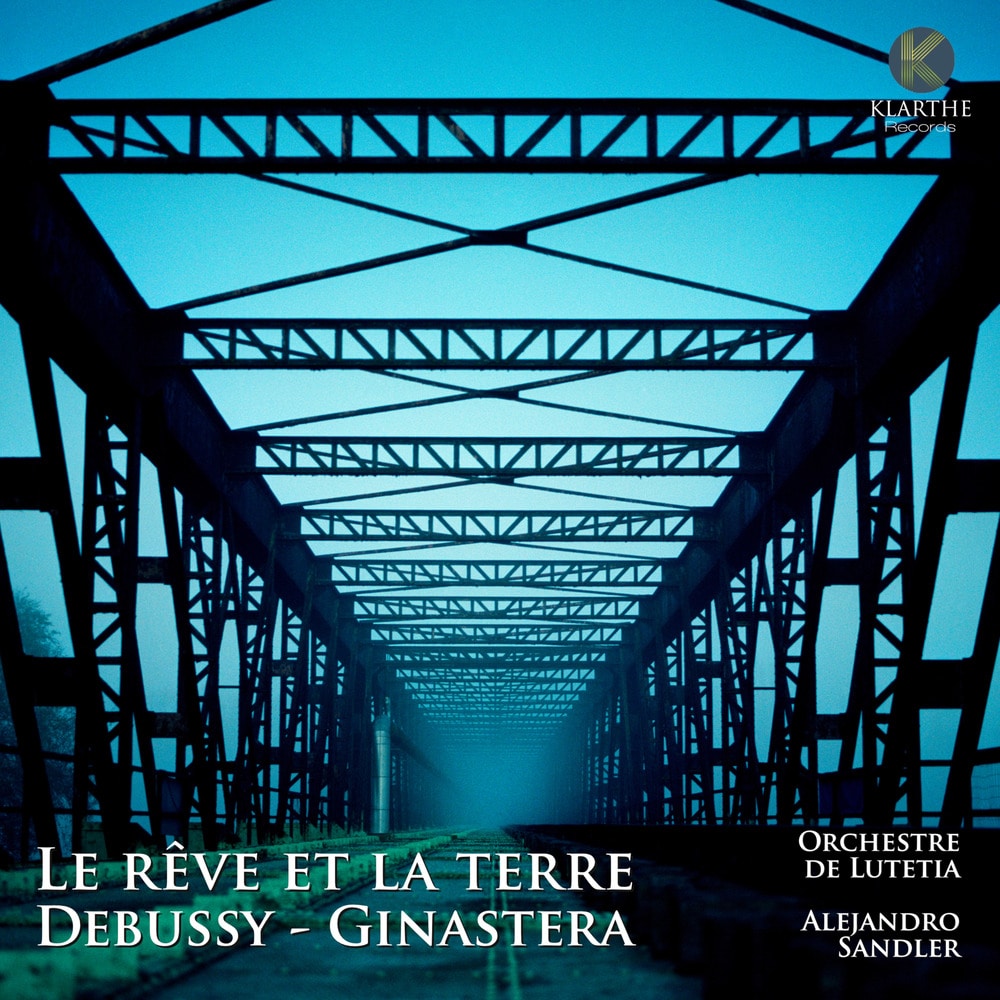 Available in 88.2 kHz / 24-bit AIFF, FLAC high resolution audio formats
For his first album, the Lutetia orchestra has chosen to bring together two major figures of French and Argentine music. Two countries, two composers, two worlds directly linked to the influences that rocked his conductor Alejandro Sandler. The dream and the earth are the clever mix between Debussy's delicate sound palette and Ginastera's lyrical nervousness. The journey between two worlds linked to each other, which everything separates and brings together. Debussy's three selected works are both distinct and yet closely related. Symbolist and impressionist, Debussy was very early on rich and varied in his compositions from the first part of his creative life. The Estancia suite reveals in energetic and nostalgic terms the harsh life of the nomadic Gauchos in the wild plains of Argentina. Through a version that is intended to be descriptive and subjective, the Lutetia orchestra wanted to highlight what was the true life of an Argentine gaucho in the middle of the 19th century. They have kept the impressionist colours of the Argentine literary work that inspired the sequel: the "Martin Fierro".
88.2 kHz / 24-bit PCM – Klarthe Studio Masters