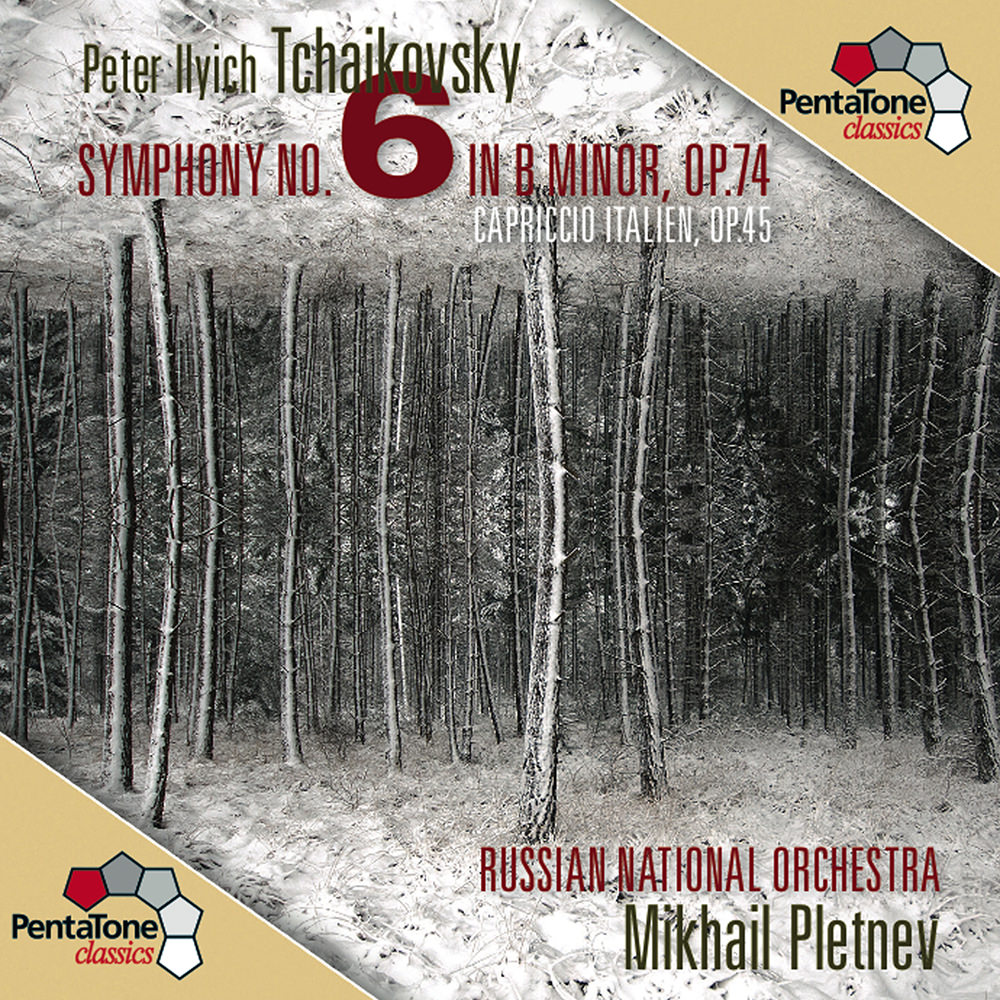 "... Pletnev remains one of the most intelligent and stylish Tchaikovsky conductors around ... (he) possesses the happy knack of making one appreciate just how much extraordinarily novel and daringly spare much of the scoring is ..."
- Gramophone

"Five Stars. This Sixth is the finest Tchaikovsky symphony performance I’ve heard ... proving to be nigh indispensible. Pletnev and the RNO play the (Capriccio Italien) with a carefree abandon ... the best recording yet in this series ... engineers have pulled the mics back for a more flattering perspective; there’s no loss of presence or detail, the sound has an increased and welcome spaciousness ... moves Pletnev’s Tchaikovsky to the next level."
- Audiophile Audition

The third release in the complete Tchaikovsky symphony cycle by Mikhail Pletnev and the superb Russian National Orchestra is presented here in studio quality sound. The clarity of instrumental swells, crescendos and tone colour is superb, resulting in a glorious sonic palette that comes as close as possible to a live concert experience. The Pathétique, Tchaikovsky's final symphony, has been mired in controversy since its premiere in 1893. Several theories have emerged regarding a secret programme due to Tchaikovsky's remarks about a programme that he would not reveal. Musicologist Richard Taruskin has supported the notion of the symphony being a secret suicide note, an idea that emerged shortly after the composer's death shortly after the premiere.
96 kHz / 24-bit PCM and 2.8224 MHz DSD – PentaTone Studio Masters