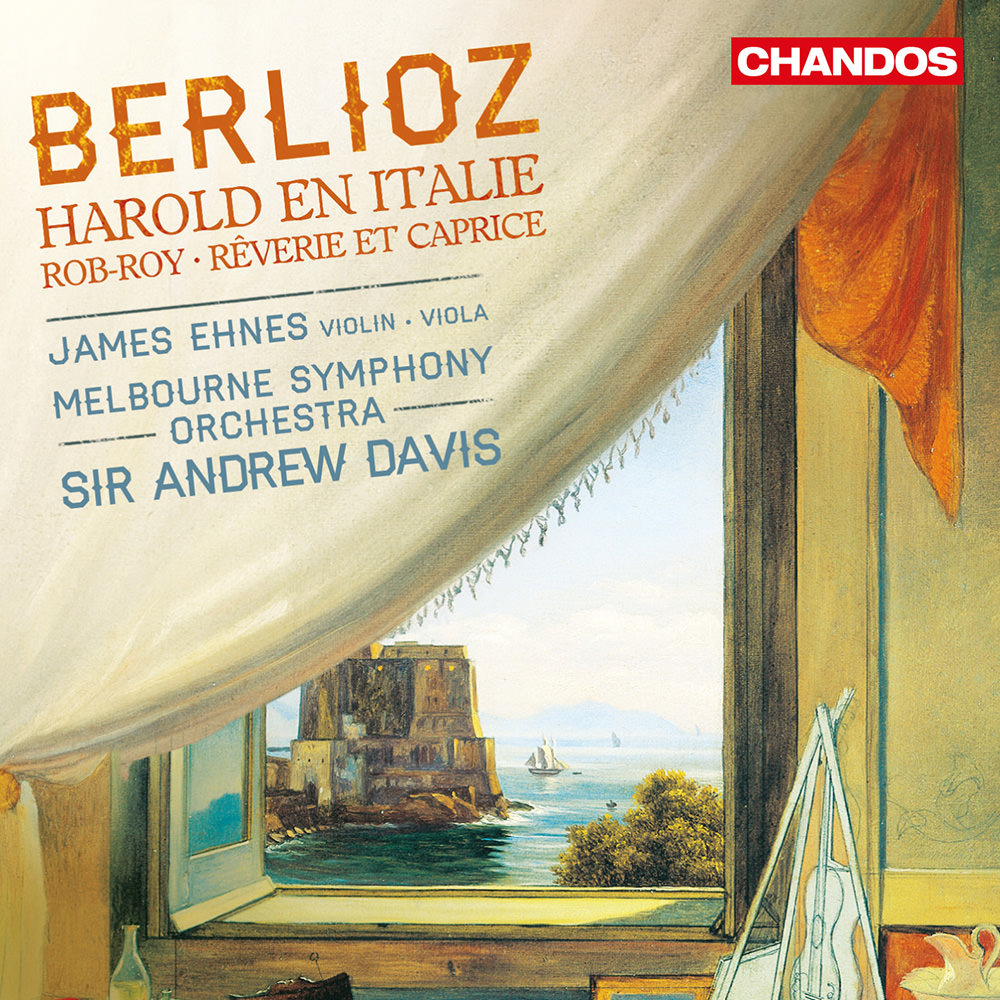 "Four Stars ... distinguished by the lucid, exhilarating, smoothly contoured playing of the MSO under that experienced Berliozian Sir Andrew Davis. Ehnes is an exquisite soloist luminously backed by the orchestra ... brilliantly captures the music’s illustrative and allusive detail."
- The Telegraph

Nine-time Juno-winning Canadian musician James Ehnes is centre stage on this recording of orchestral works by Berlioz, with the Melbourne Symphony Orchestra conducted by Sir Andrew Davis. Ehnes plays two instruments made by Stradivarius, respectively a viola in the solo part of Harold en Italie and a violin in the solo of Rêverie et caprice. Ehnes fills big shoes here: Berlioz composed the four movement symphony Harold en Italie at the request of Paganini, who was looking for a work which would display his prowess on a fine Stradivarius viola. The programme also includes the Rob-Roy Overture which Berlioz recycled for Harold en Italie and the Rêverie et caprice, the only piece he ever wrote for solo violin.This album was recorded following an extraordinary concert in November 2014 with the same forces.
96 kHz / 24-bit PCM – Chandos Studio Masters