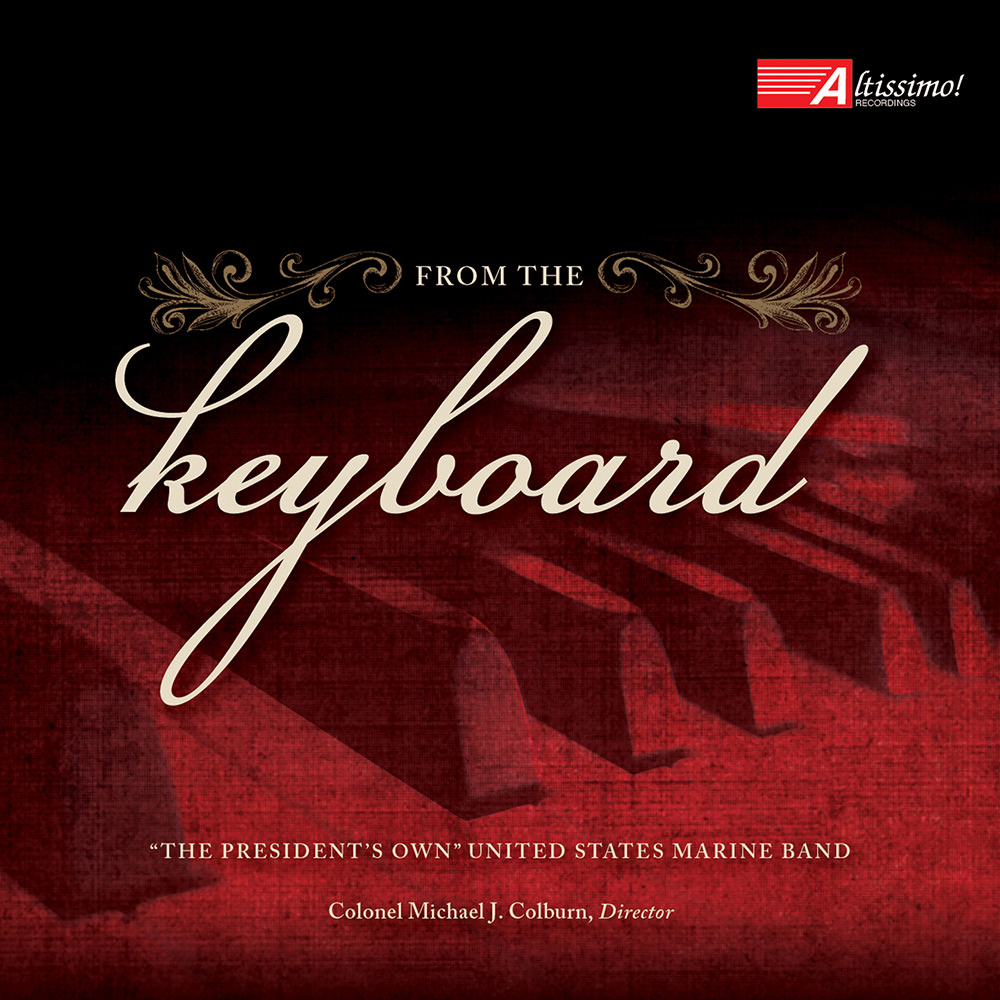 The United States Marine Band is the only musical ensemble that bears the title “The President’s Own” and whose mission is to provide music for the President of the United States and the Commandant of the Marine Corps. The band's varied repertoire includes new works for wind ensemble, traditional concert band literature, challenging orchestral transcriptions and the patriotic marches that made it famous. As the title of this album indicates, the programme comprises beloved keyboard works by Bach, Debussy, Mussorgsky, Rachmaninov and others.
44.1 kHz / 24-bit PCM – Altissimo Studio Masters

From the Keyboard was recorded May 6–10, 2013 at the Rachel M. Schlesinger Concert Hall and Arts Center, Northern Virginia Community College, Alexandria campus.