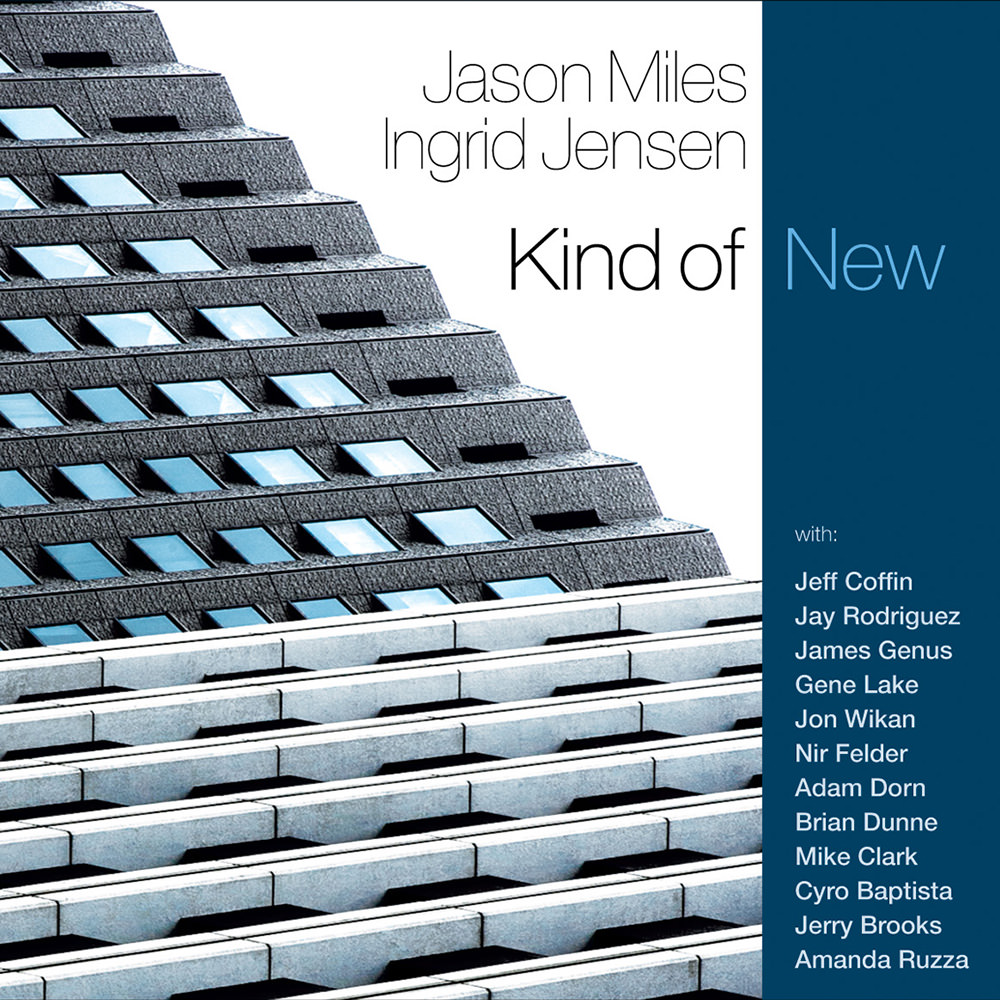 Available in 44.1 kHz / 24-bit AIFF, FLAC audio formats
Grammy-winning keyboard player and producer Jason Miles chose the title Kind of New both as a nod to his former mentor Miles Davis and also to denote something fresh. The inspiration for these original compositions was Miles Davis’s Cellar Door Sessions, a collection of live recordings captured at the legendary Washington, DC club in 1970 and finally released in 2006. The Cellar Door vibe stayed with Miles and years later, jamming with trumpeter Ingrid Jensen, using the germ of a few ideas, he knew he’d found something special, the perfect collaborator with whom to write and record this album. Kind of New showcases Jensen's musicality in a way previously unexplored. "Putting the music together with Jason over the past year has been an incredibly rewarding experience. He’s one of the greatest producers out there, period. His ability to hear what is needed in the moment is pure magic and this gift he has for setting the stage helped to inspire the music, especially during our live writing process." - Ingrid Jensen "... there is a dimension to Ingrid’s playing here that’s intriguingly new. When you work with a great player like Ingrid, it’s exciting to go deep into the music, because you know she’ll take it to the next level. I think there’s great chemistry between us and I’m thrilled with the results. It’s really our record. You can feel the collaboration between the grooves." - Jason Miles
44.1 kHz / 24-bit PCM – Whaling City Sound Studio Masters