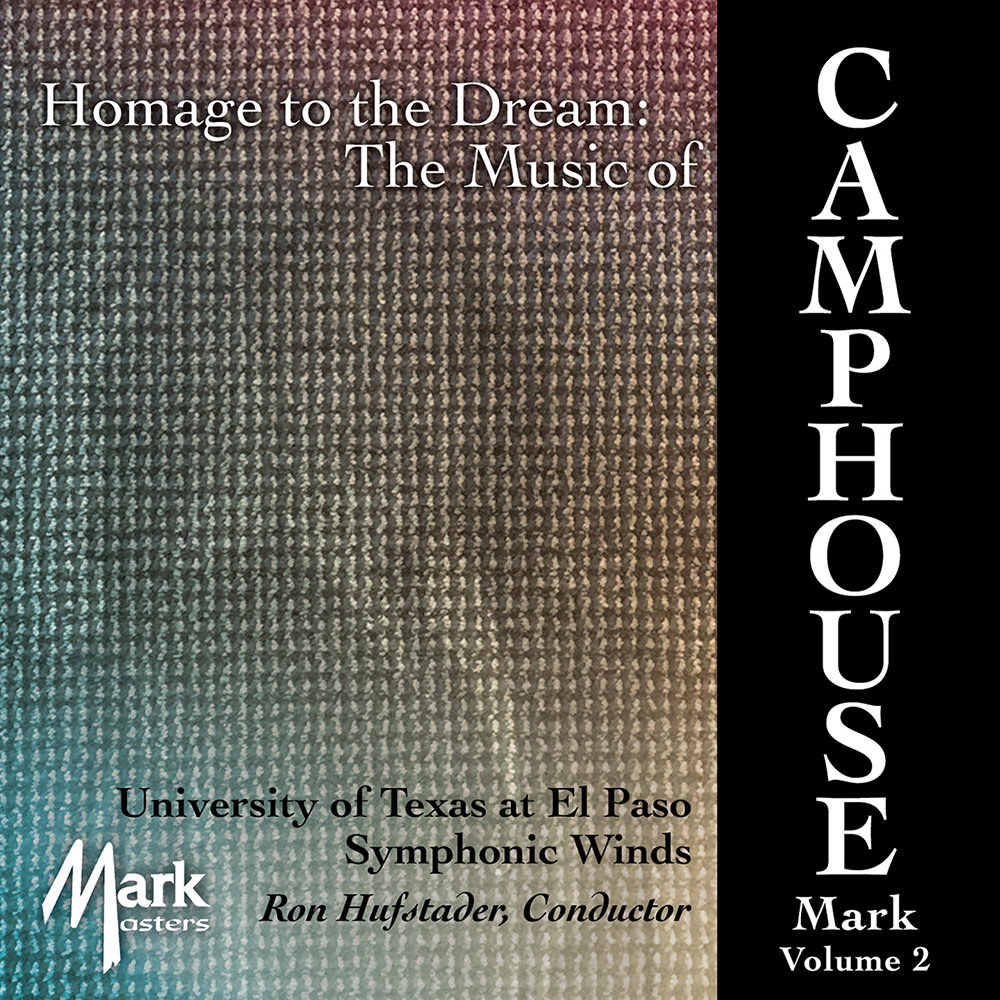 Homage to the Dream: The Music of Mark Camphouse, Vol. 2

Available in 96 kHz / 24-bit AIFF, FLAC high resolution audio formats
Homage to the Dream is the second volume of music by composer, conductor and teacher Mark Camphouse. His 30 published works for wind band have received widespread critical acclaim and are performed internationally; the title piece of this album was commissioned in 2013 to commemorate the 50th anniversary of the immortal “I Have A Dream” speech by Reverend Dr. Martin Luther King, Jr. The University of Texas at El Paso Symphonic Winds are conducted on this recording by Dr. Ron Hufstader, the ensemble's artistic and musical director.
96 kHz / 24-bit PCM – Mark Records Studio Masters