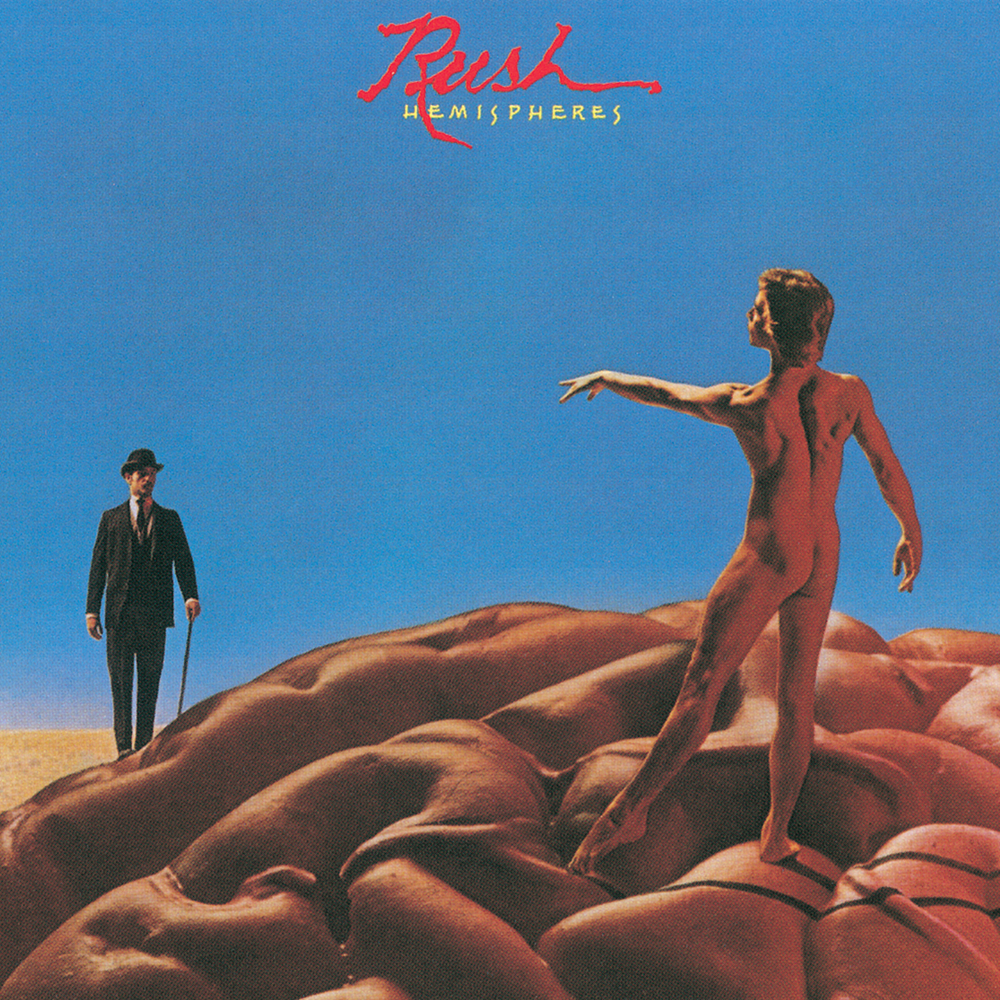 Available in 192 kHz / 24-bit, 96 kHz / 24-bit AIFF, FLAC high resolution audio formats
Billboard 200 - #47, 1978 "You don’t have to be a Rush fanatic to appreciate the quality rock on display here ..." - ClassicRockReview.com "... another good, solid Rush album ... prove themselves masters of every power trio convention. In fact, these guys have the chops and drive to break out of the largely artificial bounds of the format and they constantly threaten to do so ... I affirm this band's ability to rock out ..." - Rolling Stone This is the remastered 2015 edition of Hemispheres, considered one of Rush's greatest, if possibly overlooked releases. Recorded in the UK, it merges an increasingly polished sound with masterful songwriting. Containing only four tracks, Hemispheres captures the band at its most ambitious, notably on the nearly 20 minute, side-long Cygnus X-1 Book II Hemispheres and the trio's first instrumental, La Villa Strangiato. The Trees has endured for well over three decades as one of the band's most popular, yet misunderstood songs. Neil Peart has said there was never any deep or cryptic meaning to his lyrics. "It was just a flash. I was working on an entirely different thing when I saw a cartoon picture of these trees carrying on like fools. I thought, 'What if trees acted like people?' So I saw it as a cartoon really and wrote it that way. I think that's the image it conjures up to a listener or a reader. A very simple statement." - Neil Peart
192 kHz / 24-bit, 96 kHz / 24-bit PCM – Mercury Records Studio Masters