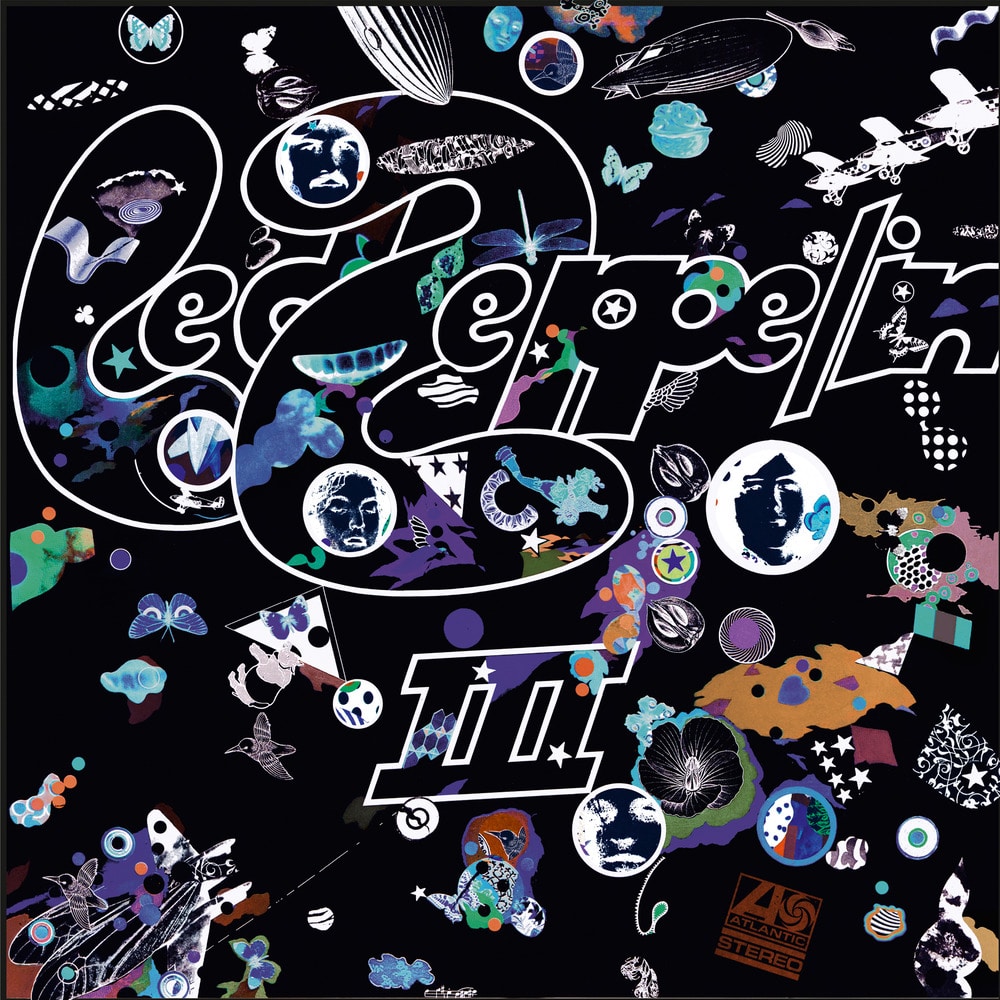 Available in MQA and 96 kHz / 24-bit AIFF, FLAC high resolution audio formats
Led Zeppelin III is the third studio album by the English rock band Led Zeppelin, released in October 1970. It showed a progression from straightforward rock towards folk and acoustic music. While hard rock influences were still present, such as on "Immigrant Song", acoustic-based songs such as "Gallows Pole" and "That's the Way" showed Led Zeppelin were capable of playing different styles successfully. The acoustic material developed from a songwriting session between band members Jimmy Page and Robert Plant at Bron-Yr-Aur cottage in Wales, which influenced the musical direction. The songs were recorded in three locations. Much of the work was done at Headley Grange, a country house, using the Rolling Stones Mobile Studio. Additional sessions were held in more traditional recording studios, such as Island Studios and Olympic Studios in London. As with the prior album, the band eschewed the use of guest musicians, with all music performed by band members Page (guitars), Plant (vocals), John Paul Jones (bass, keyboards), and John Bonham (drums). The range of instruments played by the band was greatly enhanced on this album, with Jones especially emerging as a talented multi-instrumentalist, playing a wide range of keyboard and stringed instruments, including various synthesizers, mandolin and double bass, in addition to his usual bass guitar. As with prior albums, Page served as producer on the album, with mixing done by Andy Johns and Terry Manning. This deluxe edition features a companion disc of alternate versions of the album's tracks, with several differences in mixing that are detailed here (from viewpoint of the Deluxe Edition tracks): "Immigrant Song" – Named "The Immigrant Song" on the companion disc. Less reverb, slightly different outro vocals. "Friends" – No vocal, no segue into "Celebration Day". Also see version below in Coda (Deluxe Edition). "Celebration Day" – No segue from "Friends", cut off from vocals, "If you walk you're gonna get there..." "Since I've Been Loving You" – Different take, slightly different lyrics. 6:59 to the end of the track was used on the normal studio version. "Out on the Tiles" – Named "Bathroom Sound" on the companion disc. The latter is the name for disc 2, no vocals, cut off slightly sooner. "Gallows Pole" – No mandolin, track extended. "Tangerine" – Not included. "That's the Way" – Original track had vari-speed to slow it down and lower it a half step. Fewer overdubs and effects on this version. "Bron-Y-Aur Stomp" – Named "Jennings Farm Blues" on the companion disc. An early version of "Bron-Y-Aur Stomp" that is electric and bluesy as opposed to acoustic and folky. "Hats Off to (Roy) Harper" – Not included. "Key to the Highway/Trouble in Mind" – Only in Deluxe Edition.
96 kHz / 24-bit PCM – Atlantic Records Studio Masters