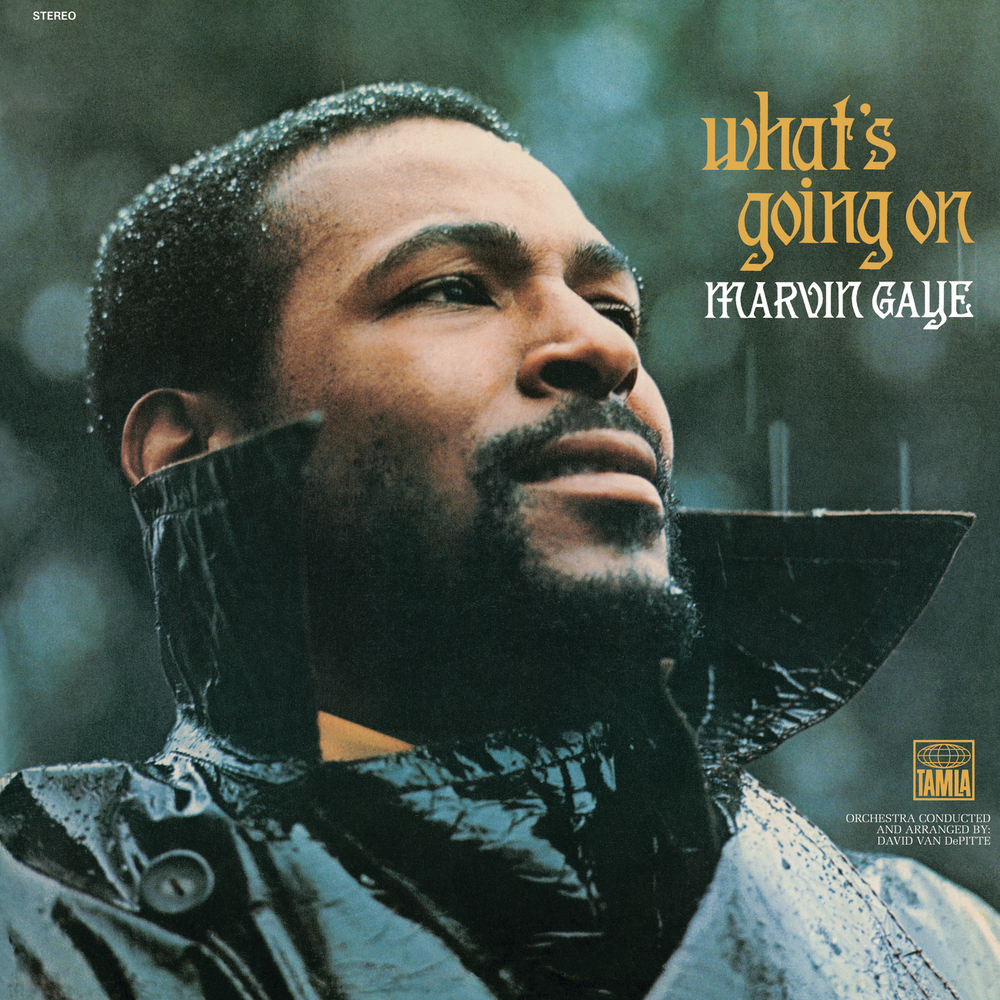 "Perhaps the truest melding of social commentary and swooning musicality ever achieved: a triumph of substance and soul."
- Entertainment Weekly

"The masterpiece that followed Gaye's awakening revolutionized black music. From its rich, string-suffused grooves to its boundless sense of possibility, What's Going On is the Sgt. Pepper of soul."
- Rolling Stone

"Marvellous Marvin Gaye is the smoothest and his What's Going On smash slipped Gaye back into hit stream, bound to overflow with that persuasive Gaye groove ... a cross between Curtis Mayfield and that old Motown spell ... outdoes anything Gaye's ever done ... Marvin's on top again."
- Billboard

One of the most highly-acclaimed albums of all time, Marvin Gaye's landmark What's Going On is a concept album about a Viet Nam veteran disillusioned with the social injustice he encounters upon returning to the US after the war. In 1985, writers for the British music magazine NME named it the best album of all time; Rolling Stone placed it at number six on its list of the 500 greatest albums of all time, while many other critics and publications have given it similar awards. This re-release includes three bonus tracks.
192 kHz / 24-bit, 96 kHz / 24-bit PCM – Uni/Motown Studio Masters