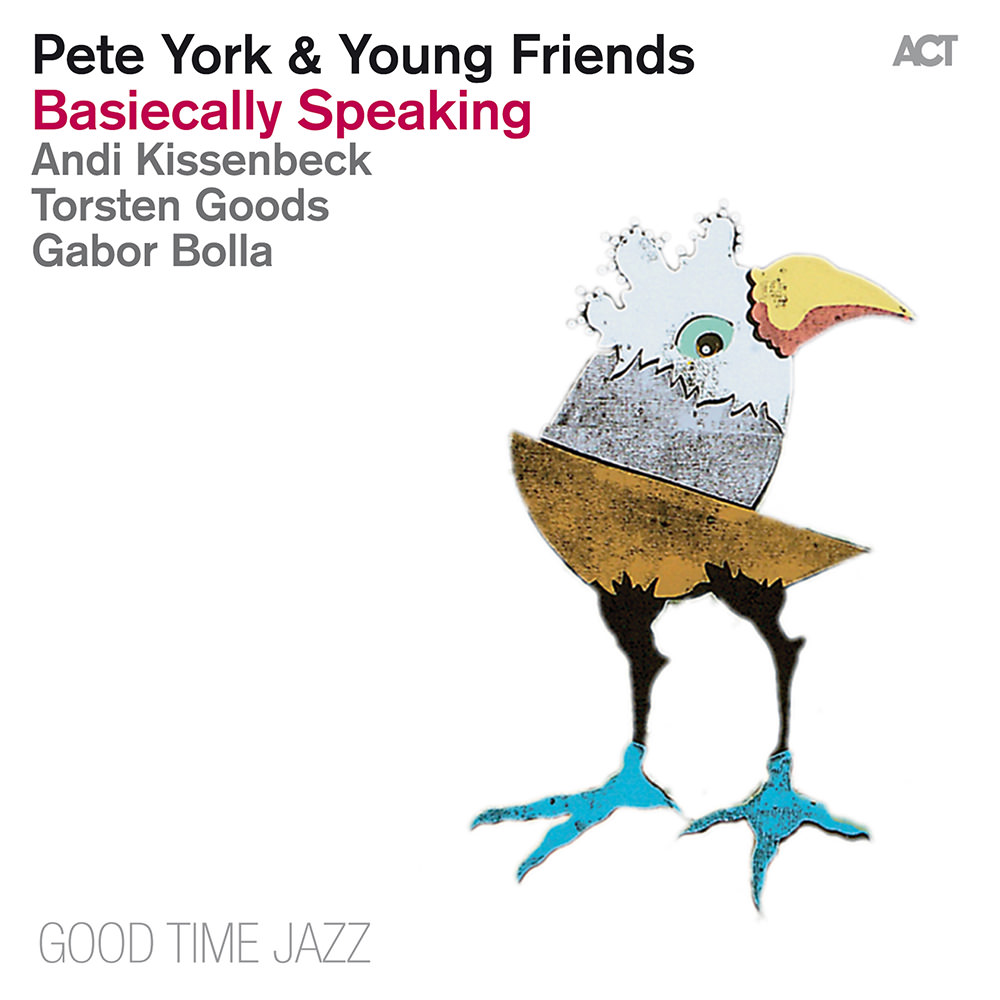 The Good Time Jazz series pays tribute to the music of the glamourous swing era of the 1920s and 30s, as lively and captivating today as it was then. On Basiecally Speaking, veteran rock and jazz drummer and singer Pete York joins forces with a team of brilliant young players from the modern scene for a new, joyful, entertaining interpretation of the music of Count Basie.

"Basie was almost my first connection with jazz after Louis Armstrong. When I was 15, my mother took me to see his concert. It was unforgettable, particularly due to his energetic drummer Sonny Payne. His big band had such power and dynamics. Basie used the whole language of music and was famous for his musical humour as well as for his economic way of playing the piano. Every note mattered and was swinging. I have tried to include all these things in my music. Most of all, I learnt from Basie what not to play."
- Pete York
44.1 kHz / 24-bit PCM – ACT Music and Vision Studio Masters