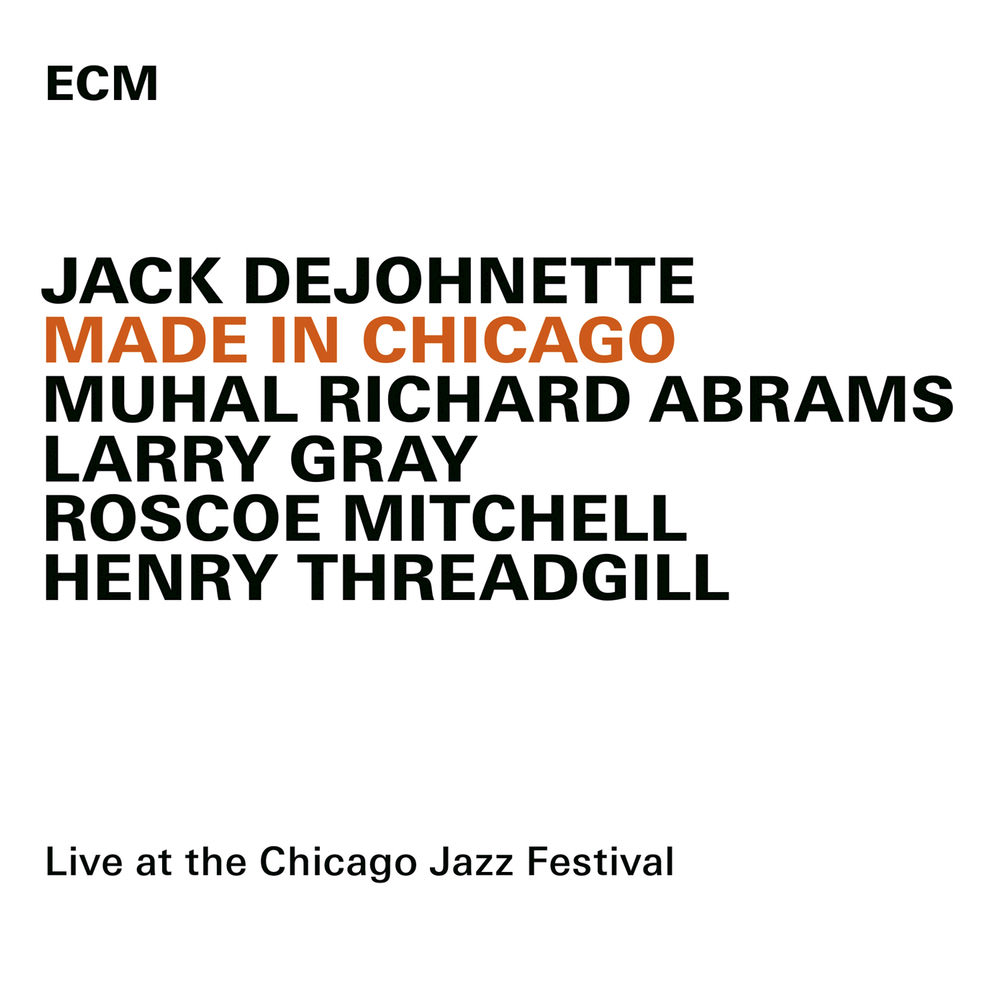 Made In Chicago (Live At The Chicago Jazz Festival / 2013)

Available in 48 kHz / 24-bit AIFF, FLAC audio formats
"... anchored by varied compositions and DeJohnette’s loose, flowing drumming ... an intriguing reunion of jazz pioneers." - The Guardian "Four Stars ... DeJohnette teams up with classy jazz musicians and the range of expression these five players draw from their instruments is astonishing ..." - The Telegraph "Five Stars. More to the point of the music, to hear these veterans express the love of their work in a powerful, forward looking set that's not likely to be repeated." - All About Jazz On this live album, Jack DeJohnette celebrates a reunion with old friends. More than 50 years ago, DeJohnette, Roscoe Mitchell and Henry Threadgill were classmates in junior college in Chicago, pooling energies and enthusiasms in jam sessions; the three would eventually join forces with Muhal Richard Abrams. Invited to present a programme of his own choosing at the Chicago Jazz Festival in 2013, DeJohnette brought his old colleagues together, completing the group with bassist and cellist Larry Gray. This recording, documenting their first performance as a quintet, is both a powerful contemporary statement and a reminder of the wealth of great diverse music and innovative approaches to playing, writing and arranging introduced over the years.
48 kHz / 24-bit PCM – ECM Studio Masters