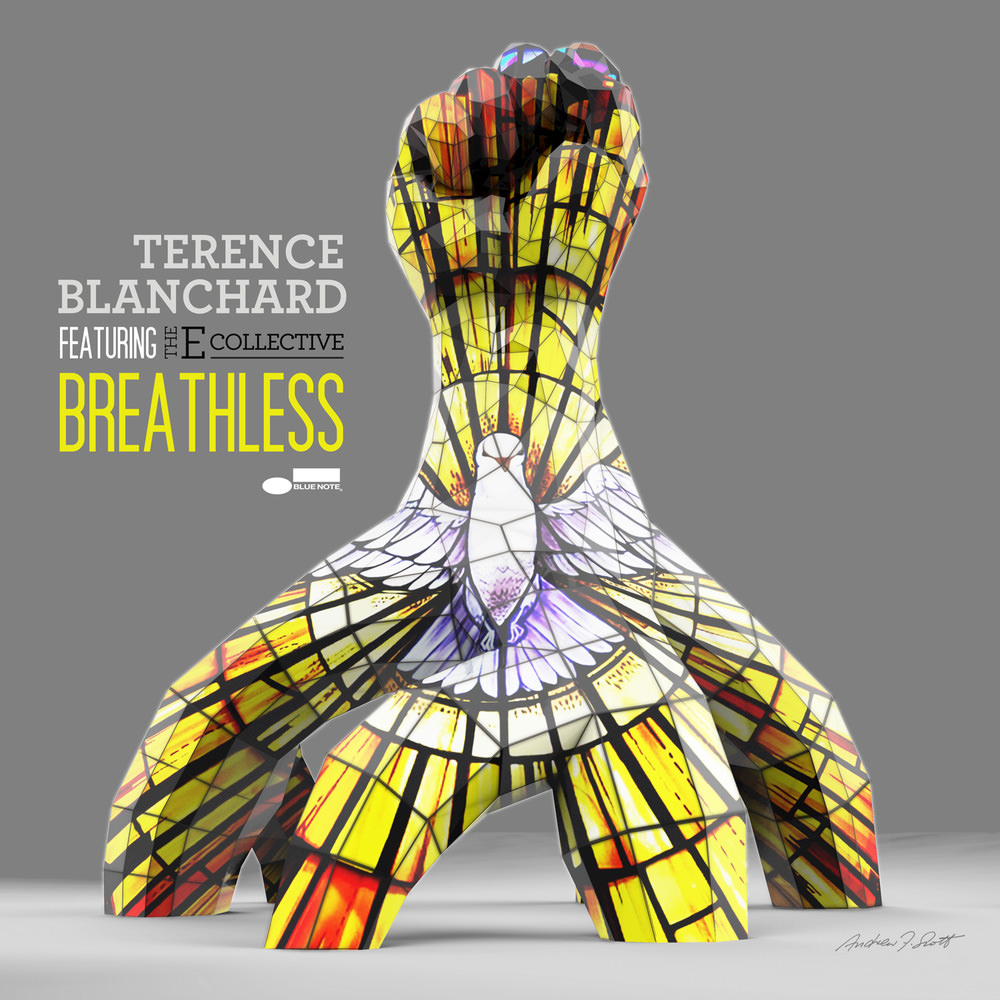 Available in 96 kHz / 24-bit AIFF, FLAC high resolution audio formats
"... Blanchard produces consistently diverse contemporary jazz, but also addresses wider issues, sometimes via spoken addresses on civil rights and justice. He aims to do both on this upbeat groove and funk set and it works a charm ... certainly has its thrilling moments." - The Guardian Multiple Grammy-winning trumpeter and composer Terence Blanchard and his quintet The E-Collective journey into an exciting zone of grooved fusion teeming with funk, R&B and blues colours. The album title makes a statement, referencing the words of Eric Garner (“I can’t breathe”) who died in police custody in New York City in 2014; those words have since echoed across the US and worldwide in protest of discrimination. The adventurous 13-tune recording zeroes in on several Blanchard originals, an epic-length piece by keyboardist Fabian Almazan (Everglades) and a scattering of covers, sung by soothing and soulful vocalist PJ Morton from Maroon 5.
96 kHz / 24-bit PCM – Blue Note (BLU) Studio Masters