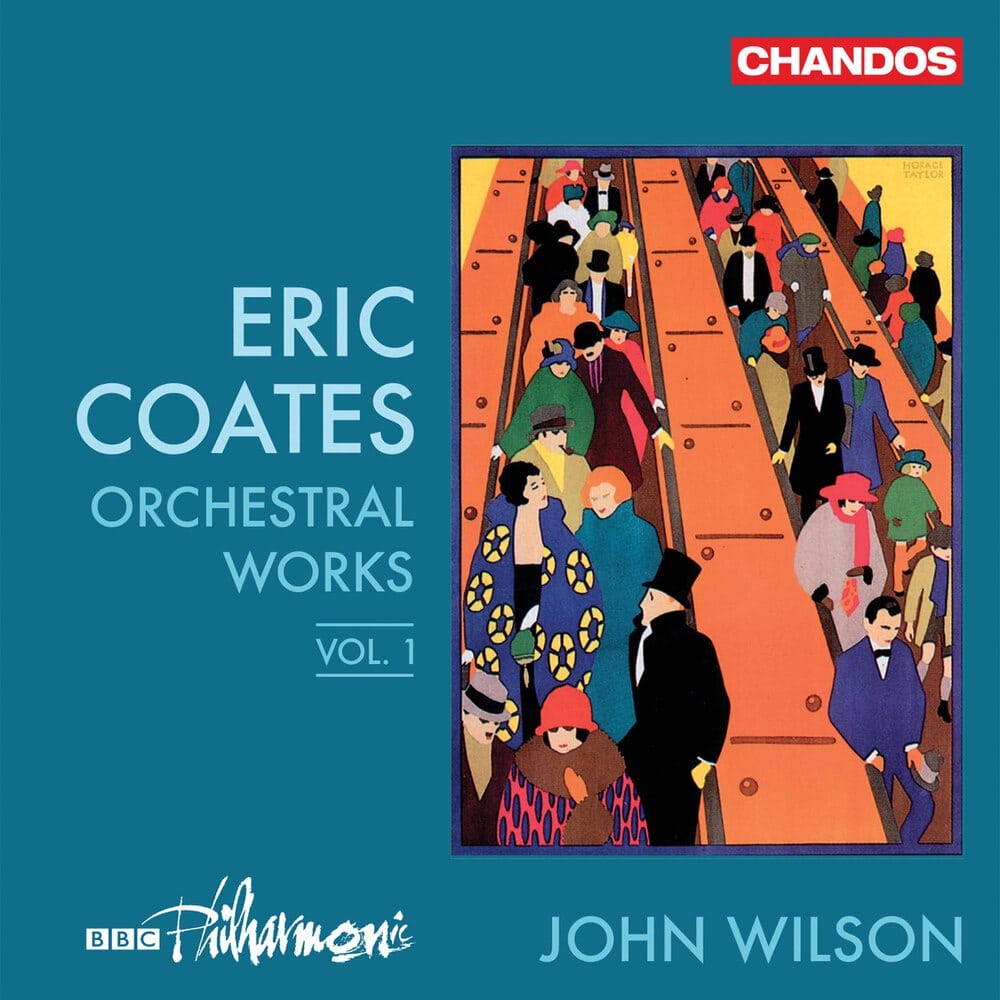 Available in 96 kHz / 24-bit AIFF, FLAC high resolution audio formats
Eric Coates studied at the Royal Academy of Music under Frederick Corder (composition) and Lionel Tertis (viola), and played in string quartets and theatre pit bands before joining symphony orchestras conducted by Thomas Beecham and Henry Wood. His experience as a player added to the rigorous training which Coates had received at the academy and contributed to his skill as a composer. In 1919 he gave up the viola permanently and from then until his death made his living as a composer and occasional conductor. His prolific output includes the suite London (1932), of which the well-known march ‘Knightsbridge’ is the concluding movement; the waltz By the Sleepy Lagoon (1930); and The Dam Busters March (1954). The early compositions of Coates were influenced by the music of Arthur Sullivan and Edward German, but his style evolved in step with changes in musical taste, and his later works incorporate elements derived from jazz and dance-band music. His output consists almost wholly of orchestral music and songs. With the exception of one unsuccessful short ballet, he never wrote for the theatre, and only occasionally for the cinema. John Wilson has spent many years editing all the orchestral works of Coates, and will now be using these new editions for this cycle of recordings with the BBC Philharmonic.
96 kHz / 24-bit PCM – Chandos Studio Masters