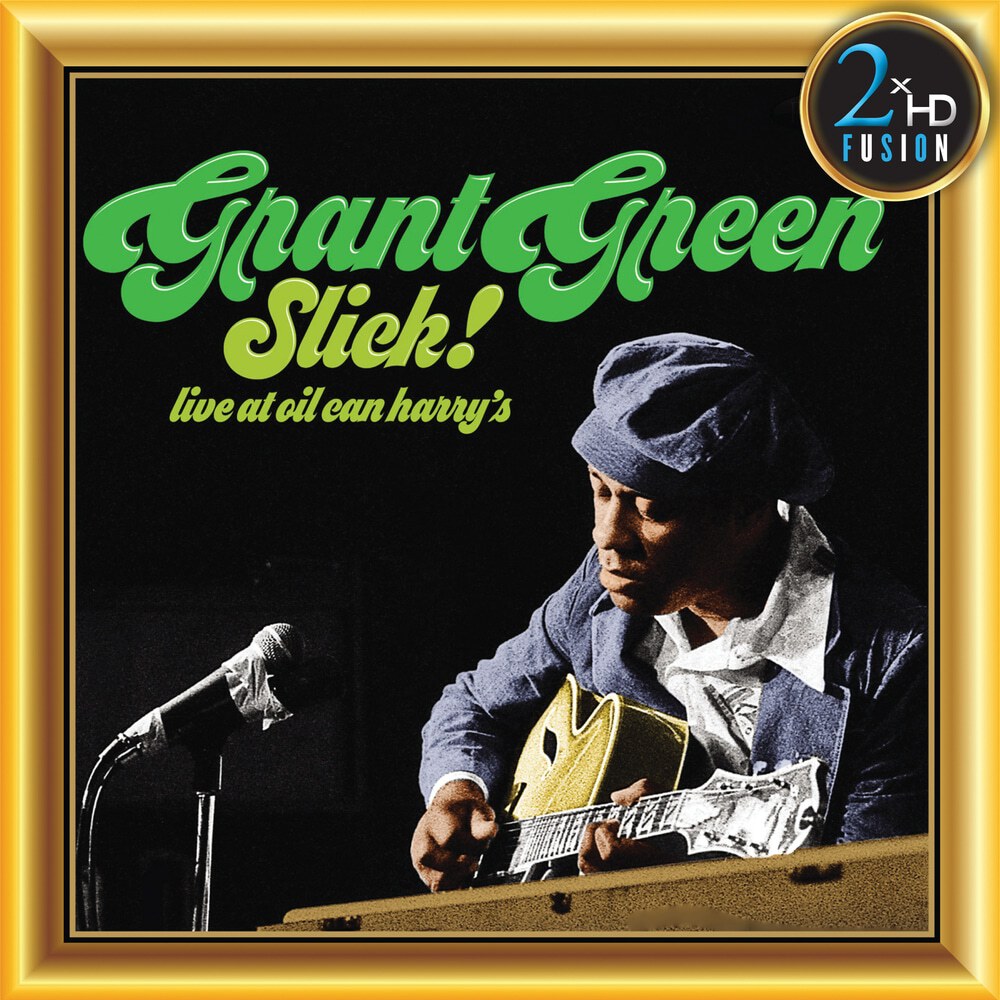 Slick! Live at Oil Can Harry’s

Available in 192 kHz / 24-bit, 96 kHz / 24-bit AIFF, FLAC and 11.2896 MHz, 5.6448 MHz, 2.8224 MHz DSD high resolution audio formats
SLICK! - Live at Oil Can Harry’s is a never-before-released recording from jazz guitar great Grant Green captured live on September 5, 1975 at a popular club in Vancouver, BC Canada called "Oil Can Harry’s". Featuring a primarily Detroit-based band with Emmanuel Riggins (father of drummer Karriem Riggins) on electric piano, Ronnie Ware on bass, drummer Greg “Vibrations” Williams (Jack McDuff, Lou Donaldson) and Gerald Izzard on percussion, Slick!’s centerpiece is the over 30 minute funk exploration medley of Stanley Clarke’s “Vulcan Princess,” “Skin Tight” by the Ohio Players, Bobby Womack’s “Woman’s Gotta Have It,” “Boogie On Reggae Woman” by Stevie Wonder and “For the Love of Money” by the O’Jays. This recording was originally broadcast on CHQM-FM and has been transferred from the original 10” reels to reveal a sterling sonic experience. Aside from Resonance’s companion release Funk in France, being released simultaneously with this recording, this is only the 4th live recording released of the under-appreciated jazz guitar hero. Recorded 3 years after the classic Live at the Lighthouse album that came out on Blue Note in 1972, this marks the latest known official live Grant Green recording on CD and LP.
192 kHz / 24-bit, 96 kHz / 24-bit PCM and 11.2896 MHz, 5.6448 MHz, 2.8224 MHz DSD – 2xHD Studio Masters