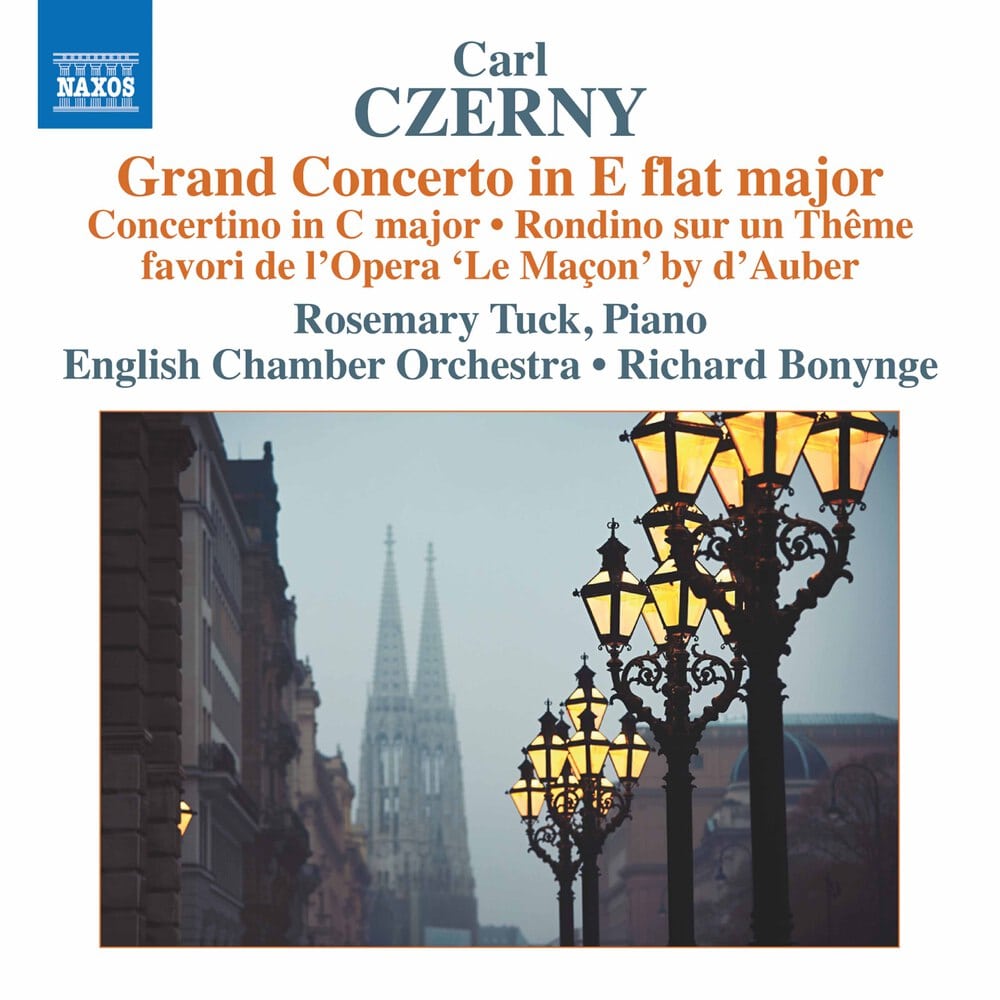 Available in 96 kHz / 24-bit AIFF, FLAC high resolution audio formats
Carl Czerny penned an astonishing amount of music, including the numerous potpourris, fantasies, teaching pieces and studies for which he became known. This recording features the delightfully entertaining "Concertino in C major", Op. 210/213 (MS Op. 197), as well as the highly enjoyable "Rondino", a work based on an enchanting theme taken from Daniel Auber’s opéra comique Le Maçon. A pupil and lifelong friend of Beethoven, Czerny was just 21 when he wrote the pastoral "Second Grand Concerto in E flat major". Begun only twelve days after he had given the Viennese premiere of his mentor’s "Emperor Concerto", the same choice of key seems a fitting homage to the grand master he so revered.
96 kHz / 24-bit PCM – Naxos Studio Masters