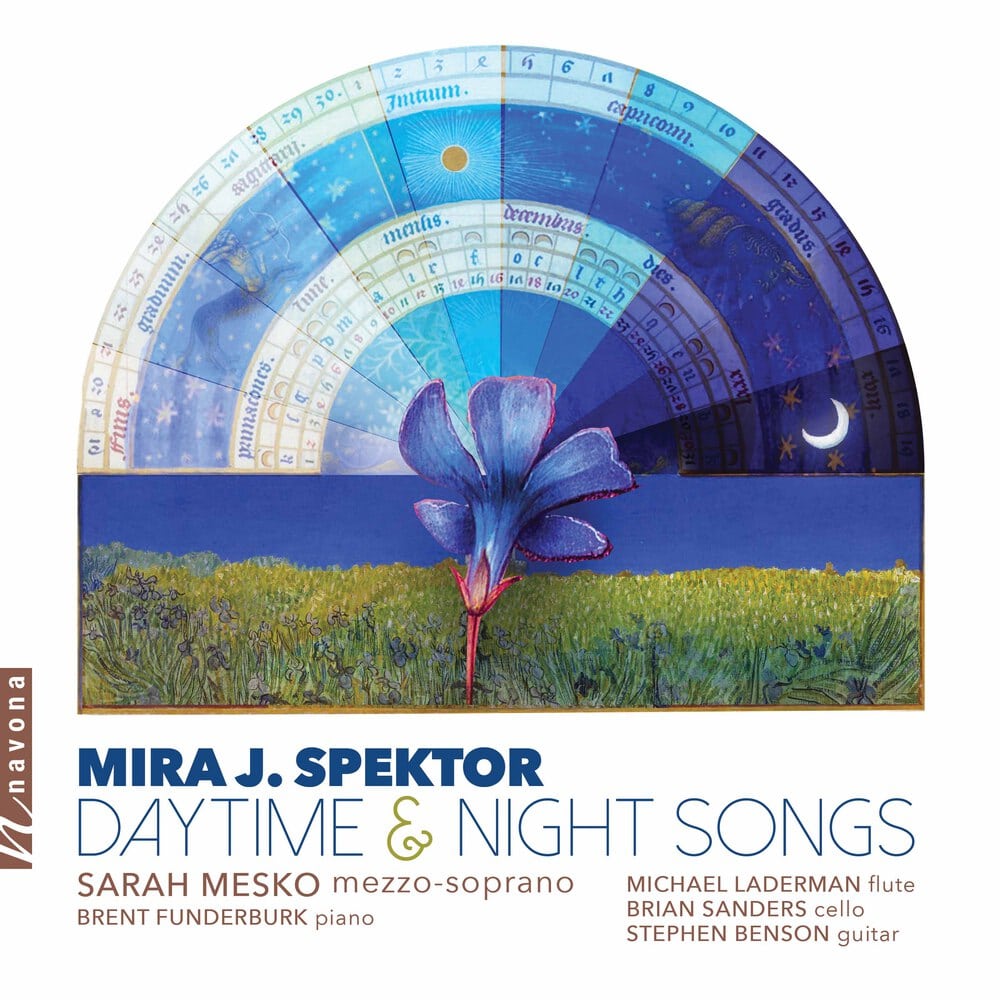 Available in 44.1 kHz / 24-bit AIFF, FLAC audio formats
Composer Mira J. Spektor presents both sensitivity and passion in her new album Daytime & Night Songs. She combines masterful, original compositions with thought-provoking poetry written by a number of artists. Poetry is a key element of the album. Spektor draws influence from a variety of writers, such as Phyllis McGinley and Ruth Whitman. One of the more fascinating collaborations is Spektors composition using the words of her granddaughter, 11-year-old Lily Nussbaum. On the albums second track "Quiet", Nussbaums vision is mature. Coupled with the sophisticated performance of the piano, most listeners would be in disbelief at the writers youth. Three of the songs contain poems in French, a language which, alongside English and German, Spektor frequently writes in. "La Complainte De Rutebeuf" (The Complaint of Rutebeuf) was written by the French trouvère (poet-composer) Rutebeuf in the 13th Century. "Emerveillement" (Wonderment) is derived from a poem written by a mistress of famed poet Paul Verlaine. The third French song, "Il Neige Dans Mon Coeur" (Its Snowing in My Heart) is a poem Spektor herself wrote while she was trapped in a snow storm, drawing beauty and melancholy both directly and metaphorically out of a disastrous situation. The album varies stylistically throughout. Songs like "Sunday Psalm" and "Quiet" intertwine passionate mezzo-soprano vocals and delicate piano melodies to create two sprightful compositions that open the album. In songs like "The Phoenix" and "Aubade", Spektor incorporates flute and cello, adding new dimensions to the operatic vocals. Most of the songs are brief, hovering more or less around two minutes. Yet within the brevity of the time, Spektor does not spare a second in creating beautiful relationship between the vocals and the instrumentation. Like reading and rereading poems, the more times you listen to the songs, the more you welcome the encrypted beauty of the songs into your world.
44.1 kHz / 24-bit PCM – Navona Studio Masters