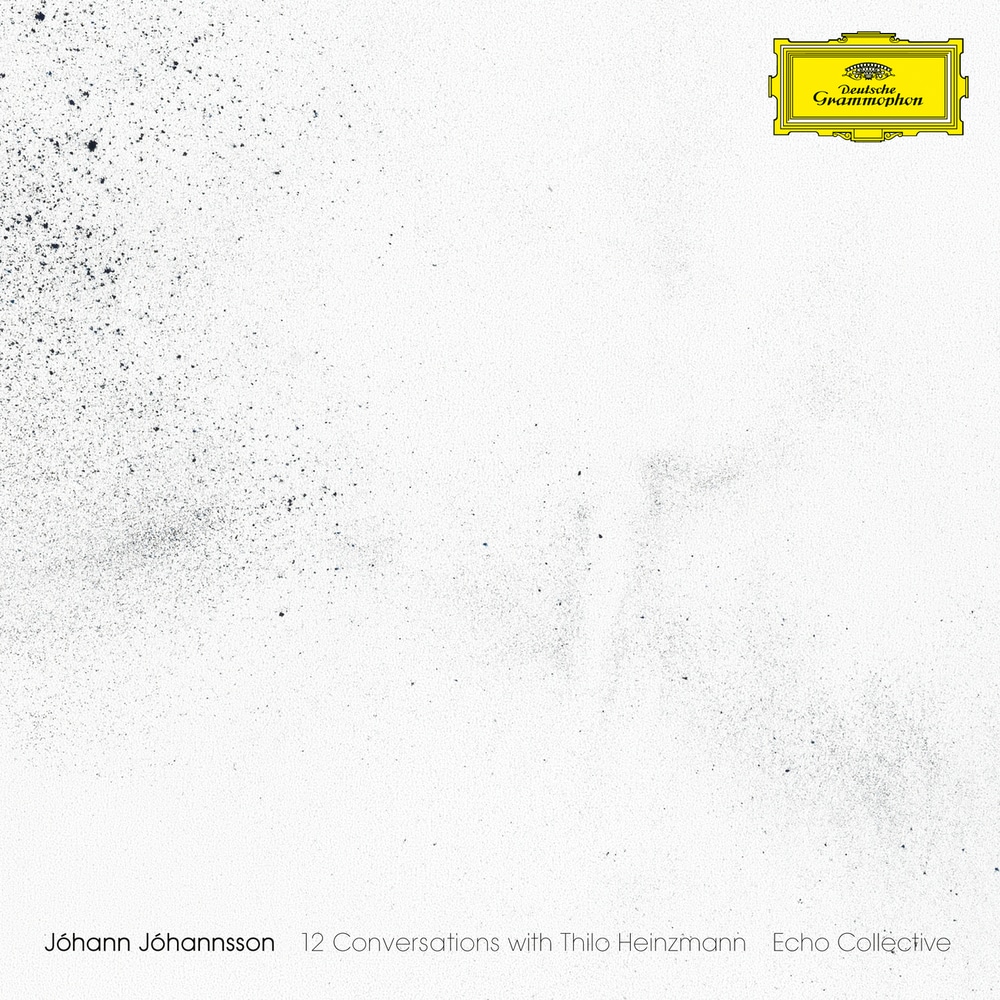 Available in 96 kHz / 24-bit AIFF, FLAC high resolution audio formats
Jóhann Jóhannsson’s sudden and untimely death in February 2018 put an end to his unique practice of bringing different art forms together. The Icelandic composer was known for his inventiveness in allowing music and literature, music and theatre, music and film to communicate with one another in his works, and for combining classical and electronic elements with original, profound and often melancholic results. British philanthropist and art collector Richard Thomas was fascinated by this process of breaking down artistic boundaries. He came up with the idea of commissioning a work that would establish a dialogue between music and the visual arts, with neither form overpowering the other, and in which the production and interpretation aspects of each would blend together to create a single entity. Thomas already had an artist in mind for his project – Berlin-based painter Thilo Heinzmann. He in turn thought instantly of Jóhann Jóhannsson. Thomas’s original inspiration had something of an ulterior motive – his conviction in the ideals of the European Union. Now he had an Icelandic composer based in Denmark working with a German painter on an idea originated by a British music-lover, a project which would later also involve the Brussels-based musicians of Echo Collective – all in all a reflection of the cultural unity which, for many, is central to the EU. Over a period of four years, Heinzmann and Jóhannsson met up from time to time and engaged in a series of in-depth conversations about art, politics and their own lives. Working to, or rather with, a painting by Heinzmann, Jóhannsson composed a new work for string quartet, 12 Conversations with Thilo Heinzmann, released by Deutsche Grammophon on 20 September, the day after what would have been his 50th birthday. Commissioned by the Richard Thomas Foundation, 12 Conversations is both exceptional in and typical of the composer’s output. The Golden-Globe-winning Jóhannsson, who was born in Reykjavík in 1969, established connections not only between music and other artforms – almost standard practice among Icelandic artists of his generation – but also between different musical genres and eras. A brilliant auto-didact, who learned the trombone and the piano, and studied languages and literature at university before cutting loose to immerse himself in Iceland’s hugely varied and often raucous indie rock scene, he was constantly aware of the interplay between genres, between all times and sounds.
96 kHz / 24-bit PCM – Deutsche Grammophon (DG) Studio Masters