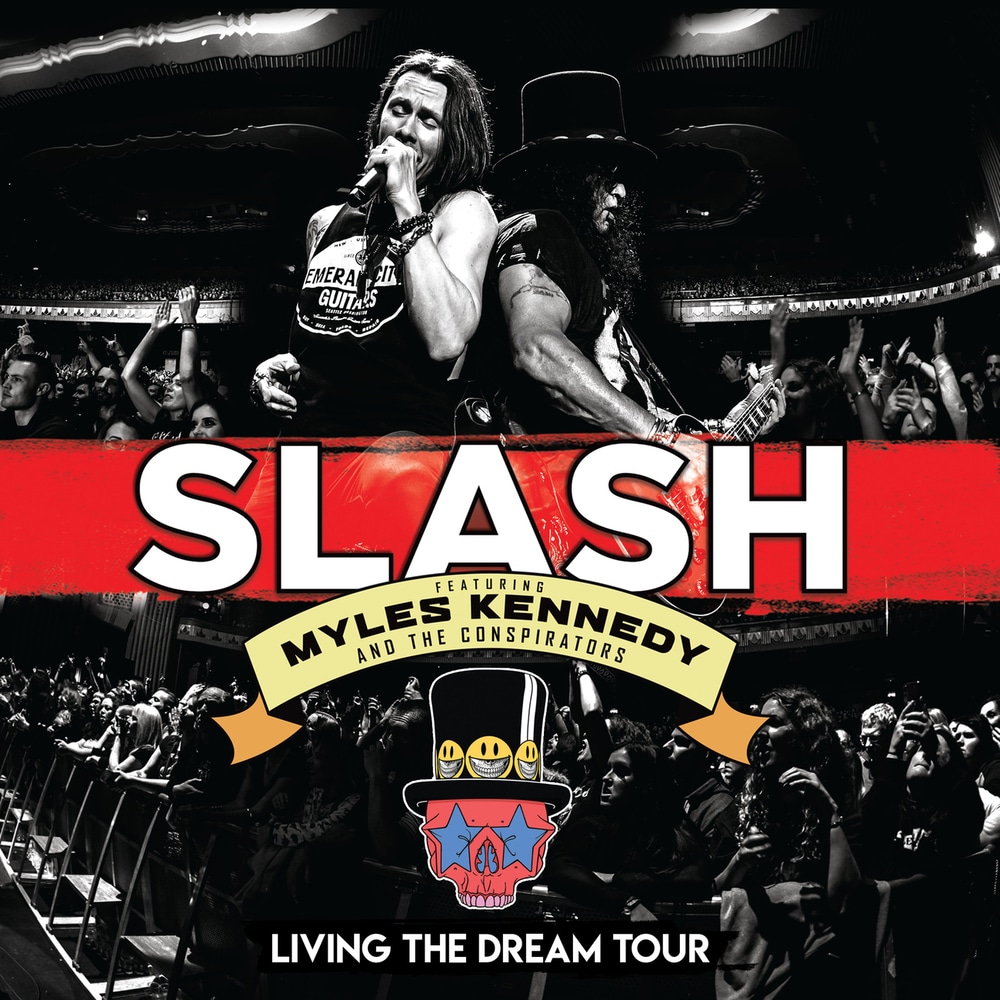 Slash, Myles Kennedy And The Conspirators

Available in 48 kHz / 24-bit AIFF, FLAC audio formats
Living The Dream Tour features Slash & Co. roaring through a highly charged 2-hour set of tracks from all four of Slash’s solo albums. The set includes “Call of the Wild” “Driving Rain,” “By The Sword,” “Back From Cali,” “Starlight,” “World On Fire” and “Anastasia.” Slash tears up the Hammersmith Apollo with staggering solos while dropping giant slabs of riffs with casual ease, delivering the essence of rock ‘n’ roll in this show. You can see it, hear it and feel it. The critically acclaimed album Living The Dream is the third full-length offering from Slash featuring Myles Kennedy And The Conspirators. The LA Times described the album as, “his best work since the demise of Velvet Revolver. …full of “unexpected funk, boogie, blues and garage rock influences.” While Rolling Stone declared the album, “a biting blues filigree at the end of a riff, weeping solos full of long notes, boogie-woogie riffs.”
48 kHz / 24-bit PCM – Eagle Rock Entertainment Studio Masters