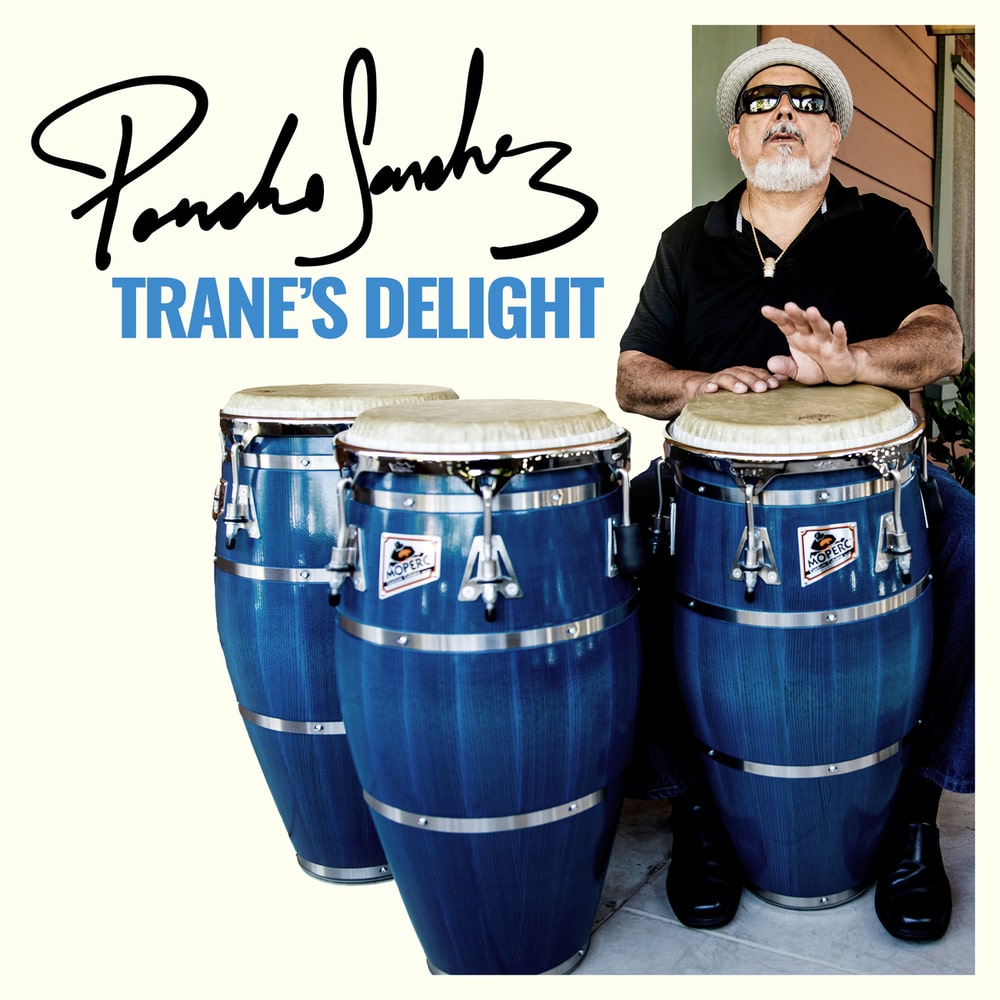 "For Sanchez’s take on 'Blue Train' ... the opening theme remains as recognizable and inspired as when it first appeared on record more than 60 years back. Bolstered by the bandleader’s work—and the first solo by trombonist and musical director Francisco Torres—it all comes off as a respectful update, one that’s a little less blue than the original."
- Downbeat

Trane's Delight reexamines Poncho Sanchez's dedication to the works of John Coltrane, who was also featured on the artist's first release when he 11 years old, Coltrane. The album features several covers set among original numbers and works penned by Duke Ellington and Hubert Laws.

“I’ve always loved John Coltrane ever since I was a kid and first learned about jazz. I’ve recorded tributes to a lot of my heroes ... so, I thought it was definitely time to do a tribute to the great John Coltrane.”
- Poncho Sanchez
44.1 kHz / 24-bit PCM – Concord Picante Studio Masters