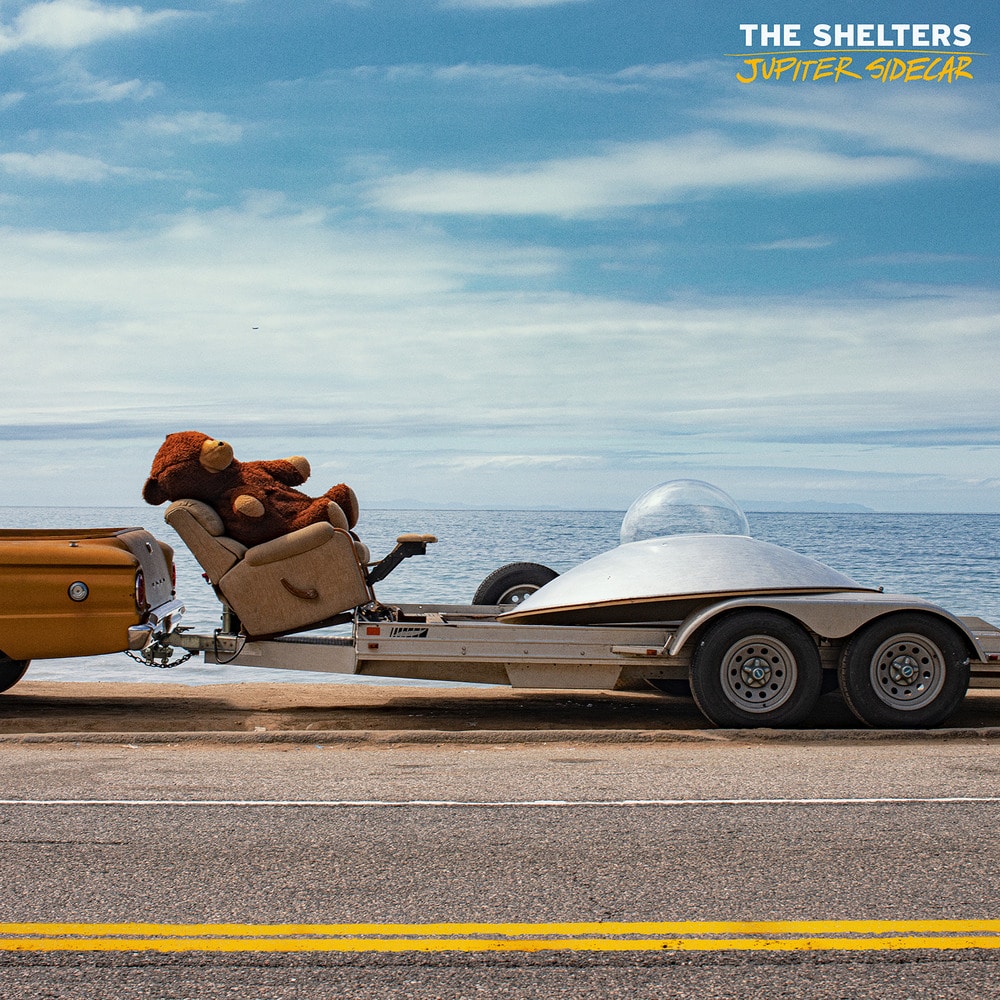 Available in MQA and 96 kHz / 24-bit AIFF, FLAC high resolution audio formats
The Shelters fan a fresh flame with classic fuel on their second full-length, Jupiter Sidecar. Ebbing and flowing between rock ‘n’ roll roots, surf swagger, synth swells, and unassuming pop ambition, the Los Angeles-based group—Chase Simpson [vocals, guitar], Josh Jove [guitar, vocals], and Sebastian Harris [drums]— thread it all together with catchy melodic hooks and handcrafted instrumentation. This approach quietly cemented them as a fan and critical favorite following the release of their self-titled full-length, The Shelters, in 2016. Produced by none other than the late Tom Petty, the debut garnered widespread praise from the likes of W Magazine, Rolling Stone, and Paste who noted, “The band’s sound successfully marries elements of ‘70s and ‘80s rock and roll with a modern flair.” Meanwhile, the boys racked up close to 14 million total streams with the single “Rebel Heart” and toured alongside The Head and the Heart, Royal Blood, The Killers, Gary Clark Jr., Band Of Horses, BRONCHO, Tom Petty and the Heartbreakers, Mudcrutch and more, logging over hundreds of shows in two years. However, The Shelters faced their biggest challenge in the wake of Petty’s tragic passing. Petty wasn’t just the band’s producer, he was the initial catalyst for The Shelters’ union as a band, encouraging them to hone their songwriting skill and offering his home studio for their near-daily use. Now with Petty gone, The Shelters returned to his studio Shoreline Recorders in Malibu to craft Jupiter Sidecar and to mourn the loss of their friend and mentor; and in the process learned to rely on one another like never before. “We definitely have something to prove. Obviously, we want to make Tommy proud. Even more so, we want to step out of his shadow and come into our own. We knew we had to do something exciting and different to carry on being The Shelters.” - The Shelters
96 kHz / 24-bit PCM – Warner Records Studio Masters