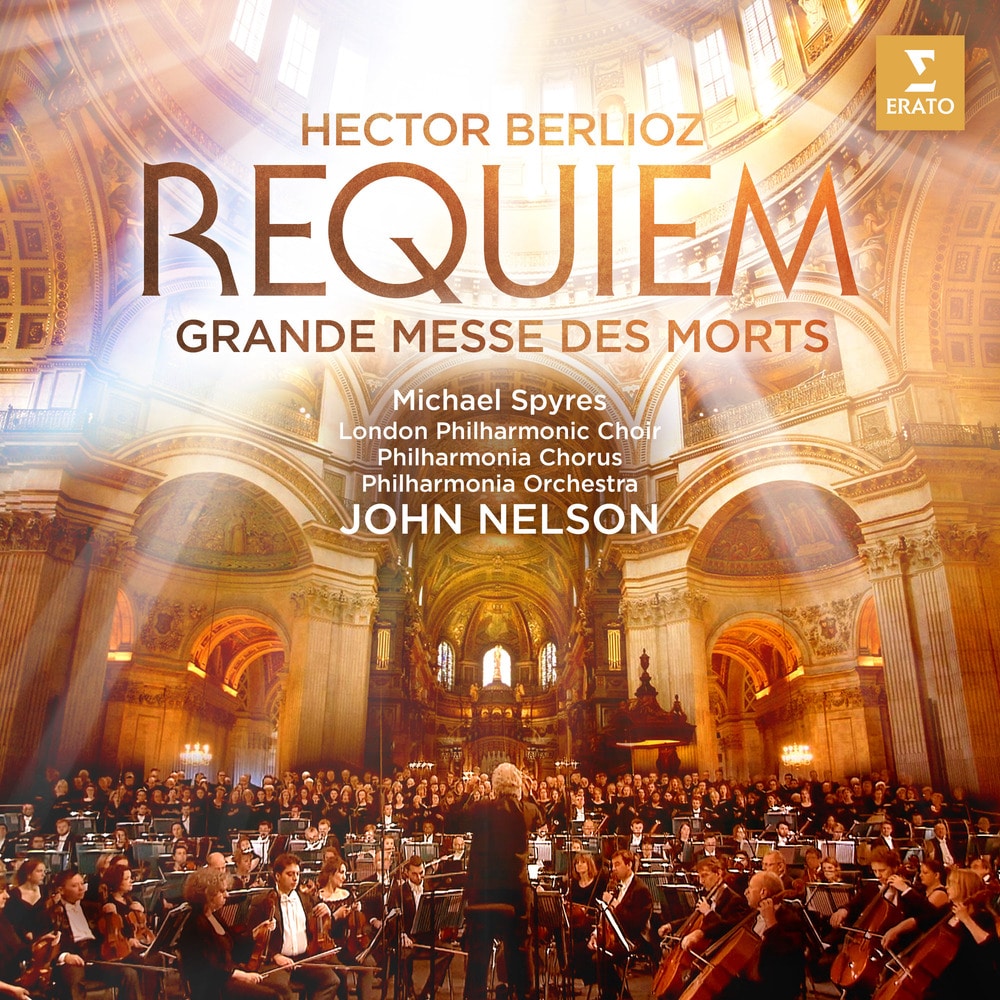 Available in MQA and 96 kHz / 24-bit AIFF, FLAC high resolution audio formats
John Nelson conducts Berlioz’s monumental Requiem, ‘Grande Messe des Mortes’, in the historic setting of St Paul’s Cathedral to mark 150 years – to the day – since the composer’s death. The renowned American conductor and Berlioz expert leads a performance of over 300 musicians, featuring the Philharmonia Chorus and London Philharmonic Choir alongside the Philharmonia Orchestra, and with tenor soloist Michael Spyres. Berlioz’s Requiem was written in 1830 for the French soldiers killed in war, and the composer treasured the work, declaring: “If I were threatened with the destruction of the whole of my works save one, I should crave mercy for the Messe des morts.” St Paul's Cathedral enjoys the status of being London's most iconic building - and Berlioz himself attended a performance there during his second visit to London in 1851, in a performance with over 6500 children taking part. “It was the most amazing thing [...] I have never seen or heard anything as moving in its immense grandeur than this gathering of poor children singing, arranged in a colossal amphitheatre,” he wrote.
96 kHz / 24-bit PCM – Warner Classics Studio Masters