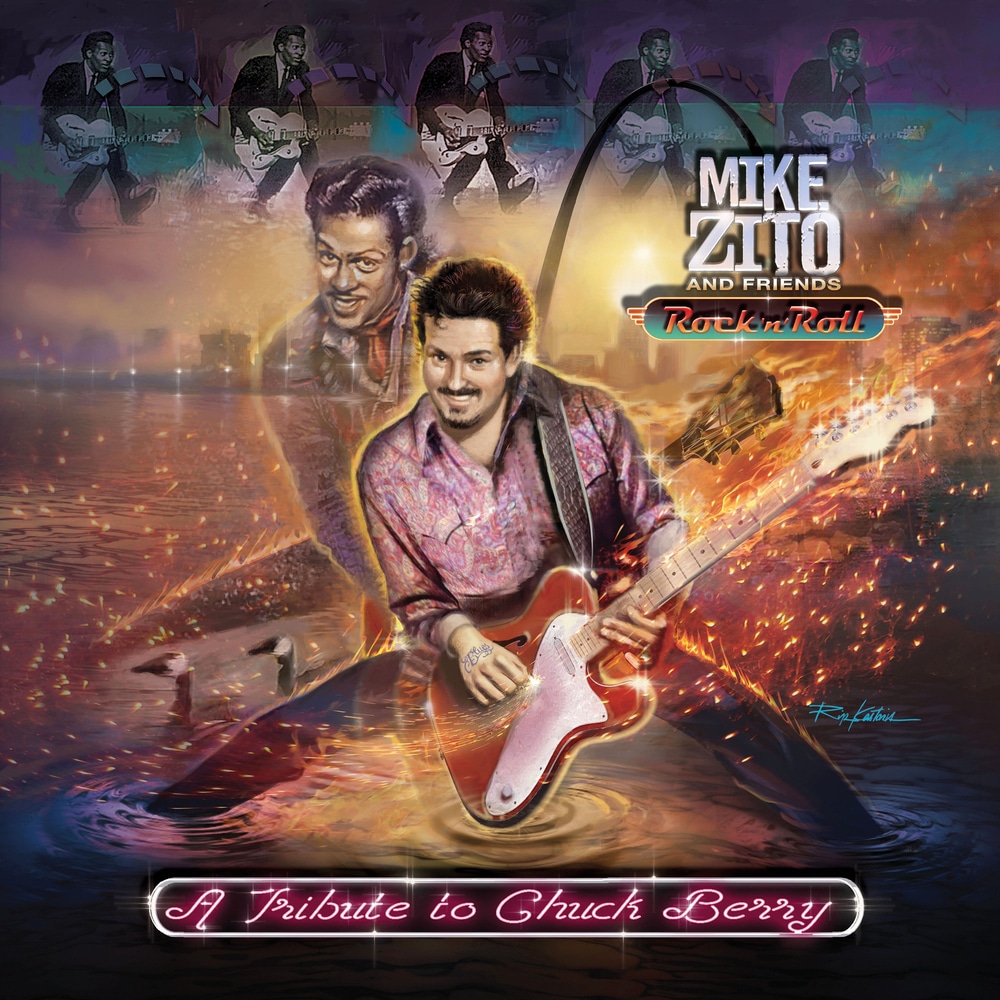 Available in 44.1 kHz / 24-bit AIFF, FLAC audio formats
Zito’s upcoming album is descriptively titled Rock N Roll: A Tribute to Chuck Berry, finds him broadening his boundaries still further even as it marks a return to his roots. The album consists of 20 Chuck Berry classics performed by Zito and an impressive array of 21 guest guitarists, among them Joe Bonamassa, Walter Trout, Eric Gales, Robben Ford Music, Richard Fortus, Sonny Landreth- Official, Luther Dickinson, Albert Castiglia, Anders Osborne, and, significantly, Chuck’s grandson, Charlie Berry III. “This was a very special project for me,” Zito says. “I was born and raised in St. Louis, I lived there for 32 years, home of Chuck Berry. I worked at a small musical instrument store where his drummer also happened to be employed. Chuck’s son would drop by on occasion as did Chuck himself a few times. Johnny Johnson came to that store and taught me piano licks. I was fortunate enough to open for and play with Chuck Berry on occasion at the Duck Room. He was an icon, and rightfully so. I’ve been playing his songs since I was a kid. Needless to say, he was a tremendous influence on my career, and, of course, on many other musicians’ as well.” Produced by Zito himself, the album was recorded at his own Marz Studio and mixed and mastered by David Farrell. “We recorded the basic tracks and then sent them to each guest musician,” Zito recalls. “They added their contributions and then sent the files back to us. The process took a year to complete.” On Rock N Roll: A Tribute to Chuck Berry, Mike Zito does what he does best, make an album that’s humble, heartfelt, skilled and sublime....and, to paraphrase Chuck himself, letting it rock all at the same time.
44.1 kHz / 24-bit PCM – Ruf Records Studio Masters