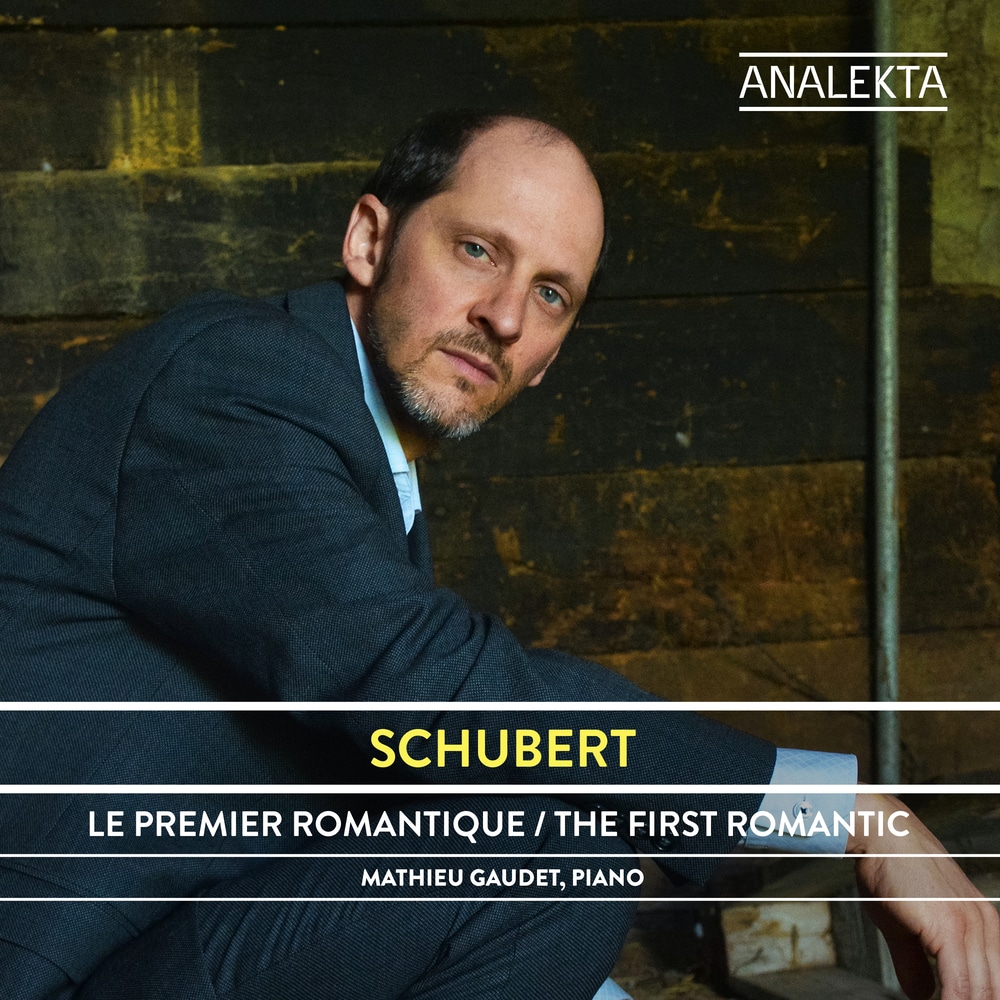 Available in 96 kHz / 24-bit AIFF, FLAC high resolution audio formats
Since his first performances in Asia and the release of his first solo album in 2008, pianist Mathieu Gaudet has quickly established himself on the Canadian scene as a complete artist hailed for the passion and intelligence of his musical approach. This season is the third of a four-year Schubert recital series encompassing the complete sonatas and major piano works at Montréal’s Chapelle historique du bon Pasteur. Mr. Gaudet also played the Schumann Concerto with the Orchestre symphonique du Saguenay under maestro Jean-Michel Malouf in February 2017 and opened the Pentaedre wind quintet season with quintets by Caplet and Magnard, with which they toured France in 2015. This recital series has now culminated in a series of album's covering Schubert's romantic output, The First Romantic - The Complete Sonatas and Major Piano Works, Volume 1. Mathieu Gaudet is a regular guest of the Arte Musica Foundation, and has already performed several solo and chamber music concerts in Montréal’s Bourgie Hall. His summers have been busy with frequent appearances at the Concerts aux Iles du Bic festival and the Ahuntsic en Fugue festival, for which he has been co-artistic director since 2015.
96 kHz / 24-bit PCM – Groupe Analekta, Inc Studio Masters