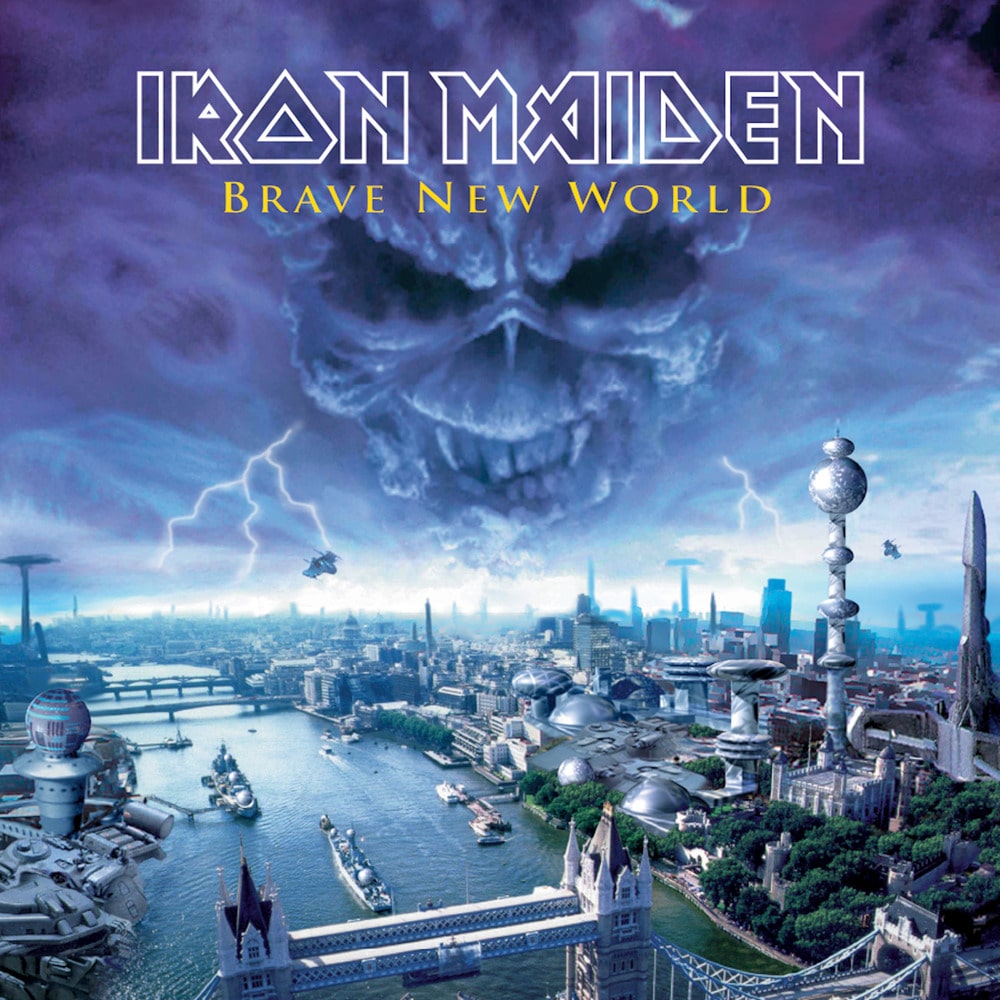 Brave New World is the twelfth studio album by English heavy metal band Iron Maiden, released on 29 May 2000. It was their first studio release since the return of longtime lead singer Bruce Dickinson (who left in 1993) and guitarist Adrian Smith (who left in 1990) in 1999, as well as the band's first studio recording as a six-piece, as Janick Gers, who replaced Smith in 1990, remained with the band. The album artwork and title song are references to the novel of the same name, written by Aldous Huxley.

Most of the songs were written before The Ed Hunter Tour and were later recorded at Guillaume Tell Studios, Paris. It was the first album the band would record with producer Kevin Shirley, and the first that they would record live in the studio.
44.1 kHz / 24-bit PCM – Sanctuary Records Studio Masters