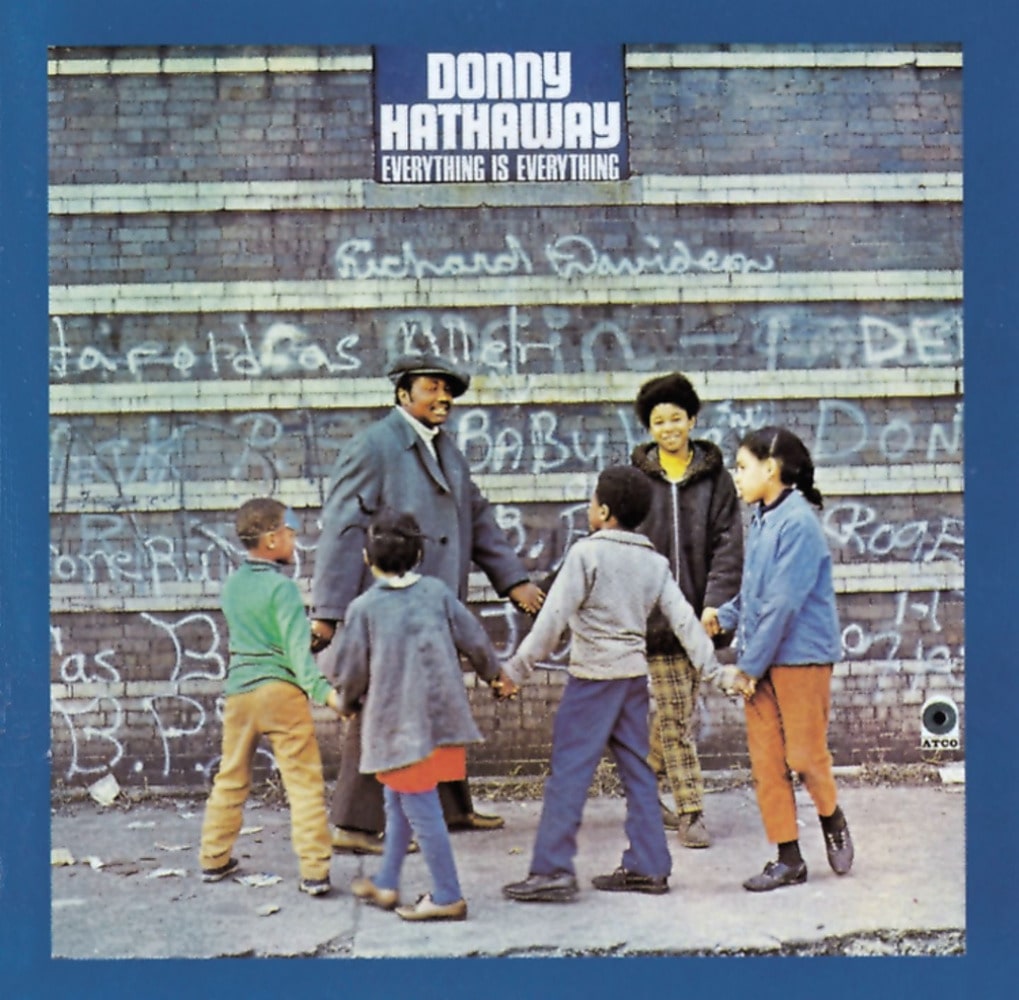 Everything Is Everything is the first studio album by American soul artist Donny Hathaway, which was released on July 1, 1970 on the Atlantic Records' subsidiary, Atco.

The album was Hathaway's first release after being signed to Atlantic in 1969. Hathaway had already built a reputation early in his life, first as a gospel singer as a child under the name Donny Pitts. Raised in St. Louis, with religious influences, his grandmother Martha Crumwell was herself an accomplished gospel singer and guitarist. After dropping out of Howard University in 1967, Hathaway moved to Chicago, his birthplace, and started working on music for Curtis Mayfield's Curtom Records label where he was a songwriter, producer, arranger, composer, conductor and session player.

Everything Is Everything was produced by Hathaway and Ric Powell, who plays drums and percussion on the album; Hathaway wrote or co-wrote five of the album's nine songs. Hathaway had met Powell while at Howard University, as well as the future Impressions lead singer, Leroy Hutson, who jointly wrote the hit song that would eventually make it on the album, "The Ghetto".
96 kHz / 24-bit PCM – Rhino Atlantic Studio Masters