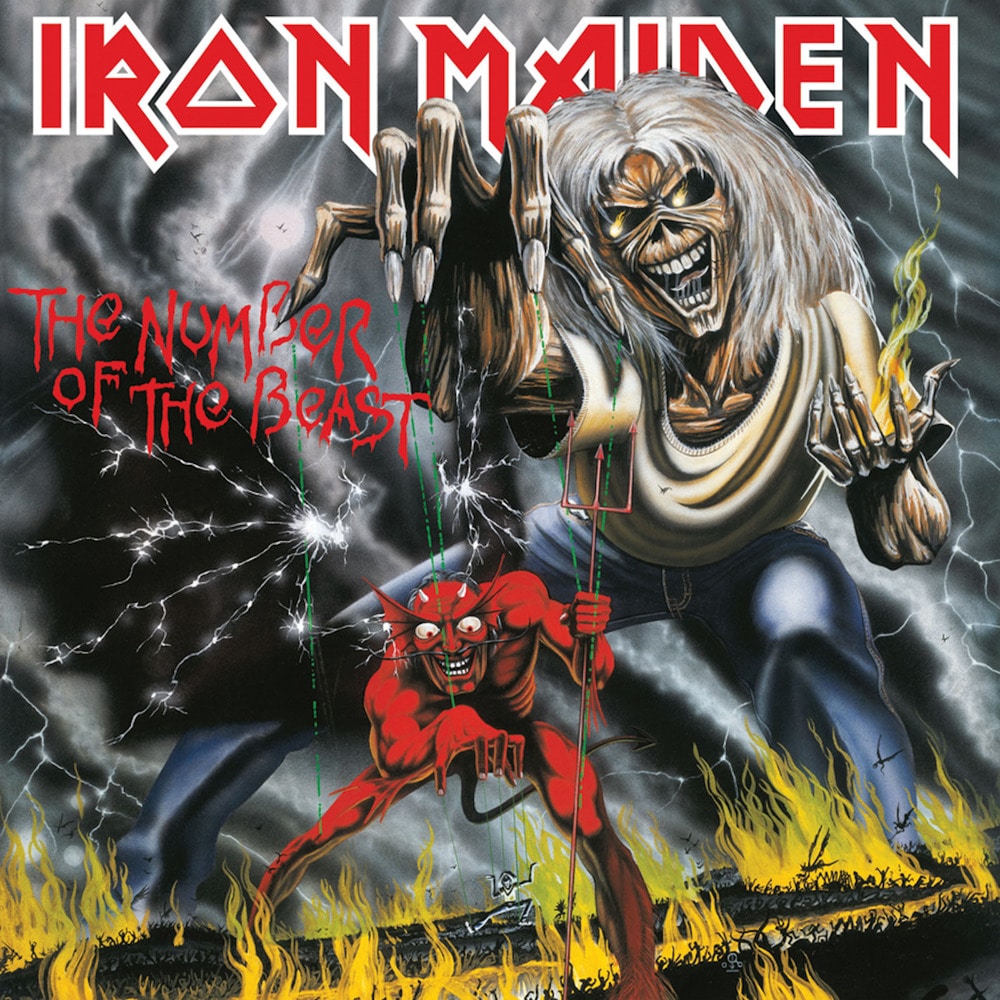 Available in MQA and 96 kHz / 24-bit AIFF, FLAC high resolution audio formats
The Number of the Beast is the third studio album by English heavy metal band Iron Maiden. It was originally released on 22 March 1982. The Number of the Beast was met with critical and commercial success, and became the band's first album to top the UK Albums Chart and reach the top 40 of the US Billboard 200. The album produced the singles "Run to the Hills" and "The Number of the Beast", the former of which became the band's first top-ten UK single. The album was also controversial, particularly in the United States, due to the religious references in its artwork and the title track's lyrics. The Number of the Beast is Iron Maiden's only album to include songwriting credits for Clive Burr, and was the band's first album to feature writing by guitarist Adrian Smith. In addition, the release saw Steve Harris adopt a different approach to writing, which would cater more for new vocalist Bruce Dickinson. The album's producer Martin Birch remarked, "I simply didn't think [former vocalist Paul Di'Anno] was capable of handling lead vocals on some of the quite complicated directions I knew Steve wanted to explore ... When Bruce joined, it opened up the possibilities for the new album tremendously."
96 kHz / 24-bit PCM – Sanctuary Records Studio Masters