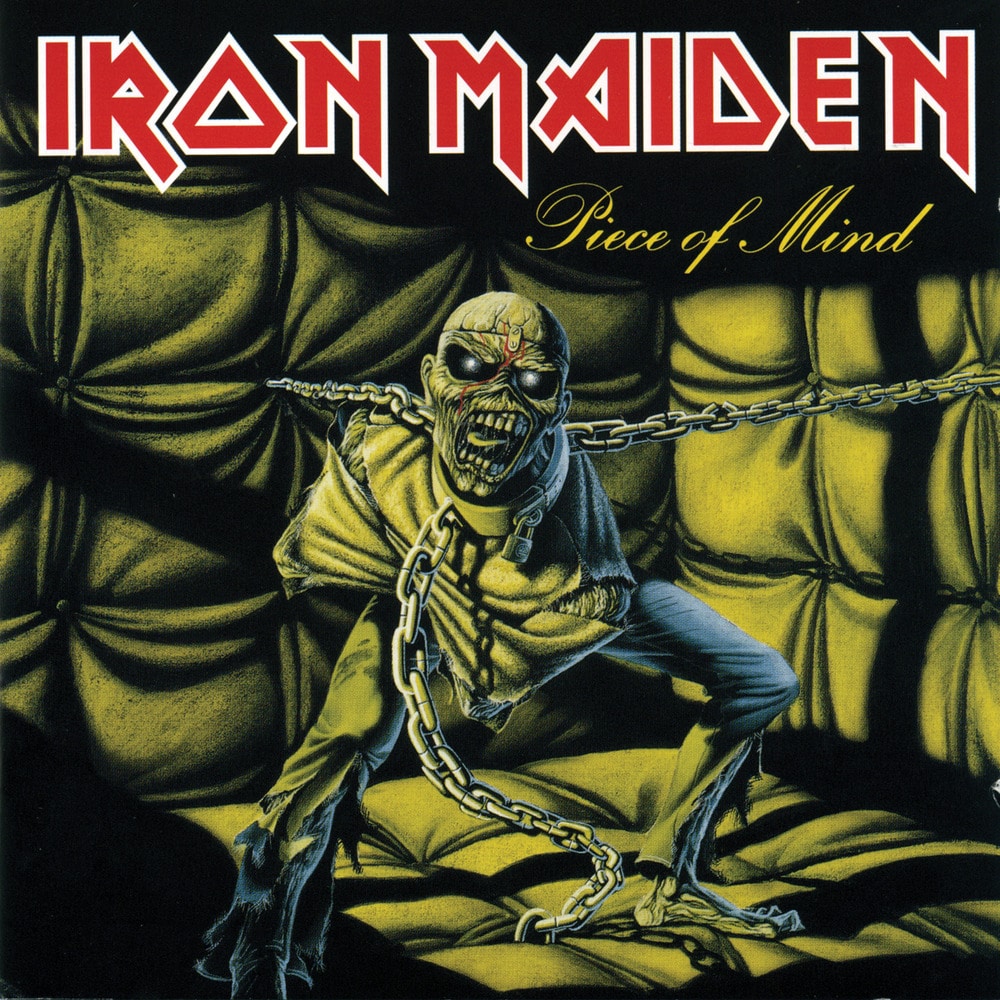 Available in MQA and 96 kHz / 24-bit AIFF, FLAC high resolution audio formats
Piece of Mind is the fourth studio album by English heavy metal band Iron Maiden. It was originally released on 16 May 1983. It was the first album to feature drummer Nicko McBrain, who had recently left the band Trust and has been Iron Maiden's drummer ever since. In December 1982, drummer Clive Burr ended his association with the band due to personal and tour schedule problems and was replaced by Nicko McBrain, previously of French band Trust, as well as Pat Travers and Streetwalkers. Soon afterwards, the band went to Jersey to compose the songs, taking over the hotel Le Chalet (as it was out of season) and rehearsing in its restaurant. In February, the band journeyed for the first time to the Bahamas to record the album at Nassau's Compass Point Studios. Recordings were finished in March, and the album was later mixed at Electric Lady Studios in New York City. Lyrically, the album largely reflects the group's literary interests, such as "To Tame a Land", inspired by Frank Herbert's 1965 science fiction novel Dune; "Sun and Steel", based on the life of samurai Miyamoto Musashi and its title taken from Yukio Mishima's 1968 essay; "Still Life", influenced by Ramsey Campbell's 1964 short story "The Inhabitant of the Lake", and "The Trooper", inspired by Alfred, Lord Tennyson's The Charge of the Light Brigade (1854). Film influences are also present, such as "Where Eagles Dare", based on the Brian G. Hutton 1968 film, scripted by Alistair MacLean, and "Quest for Fire", based on the 1981 film by Jean-Jacques Annaud. On top of this, "Revelations", written by Dickinson, includes lines from G. K. Chesterton's hymn O God of Earth and Altar, while the remainder of the song is influenced by Aleister Crowley. More exotic influences include Greek mythology, albeit slightly altered, for "Flight of Icarus". "To Tame a Land" was meant to be entitled "Dune" after the novel, but after seeking permission from Frank Herbert's agents, the band received a message which stated, "Frank Herbert doesn't like rock bands, particularly heavy rock bands, and especially bands like Iron Maiden" and were forced to change the name.
96 kHz / 24-bit PCM – Sanctuary Records Studio Masters