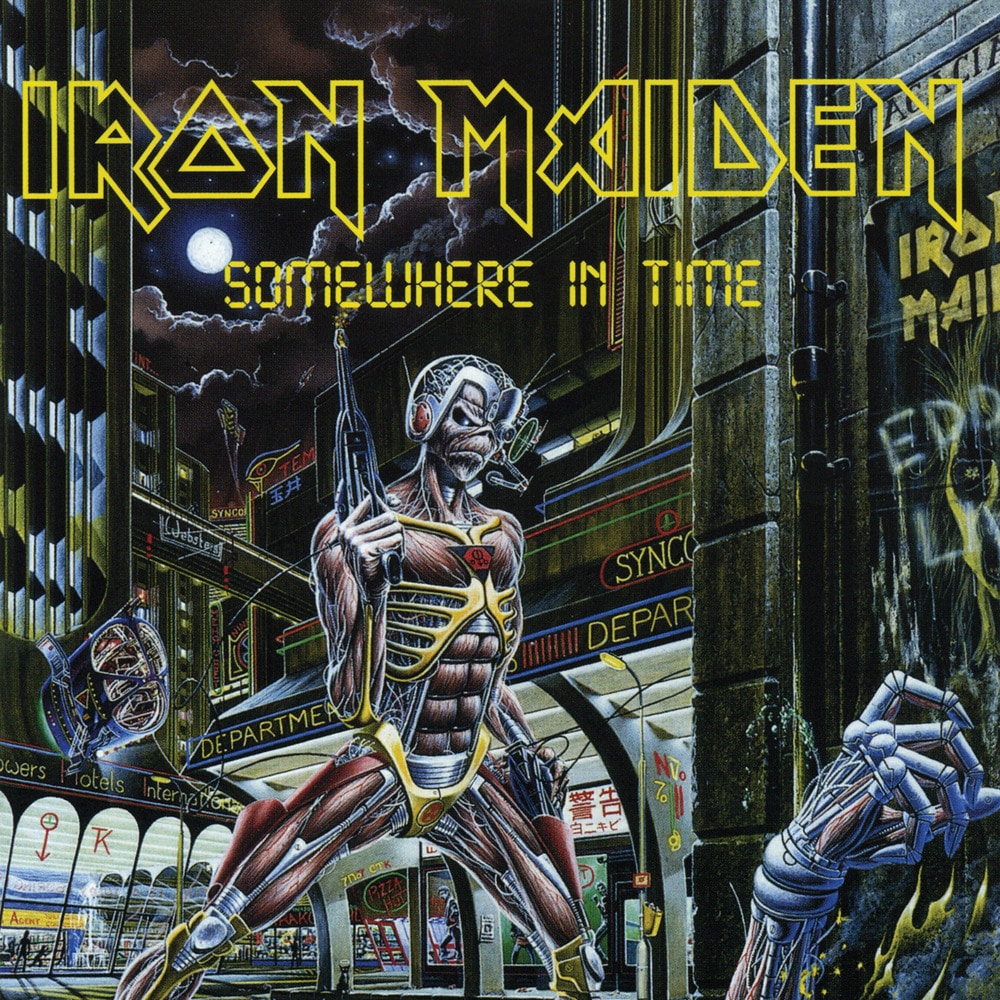 Available in MQA and 96 kHz / 24-bit AIFF, FLAC high resolution audio formats
Somewhere in Time is the sixth studio album by English heavy metal band Iron Maiden. It was originally released on 29 September 1986. It was the band's first album to feature guitar synthesizers. Somewhere in Time is the band's first studio effort following the extensive World Slavery Tour of 1984–85, which was physically draining for the group, lasting 331 days and comprising 187 concerts. The resulting exhaustion is credited as the main factor in the complete lack of songwriting contributions from lead vocalist Bruce Dickinson, whose material was rejected by the rest of the band. On the other hand, the record is also notable for the number of "fully formed" songs written by guitarist Adrian Smith, who wrote both of the album's singles: "Wasted Years" and "Stranger in a Strange Land", the former of which is the only song on the record not to feature synthesizers. Following the World Slavery Tour, the group were given four months to recuperate, with Harris, Smith and guitarist Dave Murray spending the time experimenting with new equipment. The result was a marked change in sound for Iron Maiden, as it was their first to use guitar synthesizers, although on their next release, 1988's Seventh Son of a Seventh Son, the effects were provided by keyboards instead. Given their time off, this was their first studio album not to be released a year after their previous one, the band insisting that they have more time "to get it right without hurrying for a change", comments Harris. It was also one of their most expensive records, with the bass and drums recorded in the Bahamas, the guitars and vocals recorded in The Netherlands and the mixing taking place in New York.
96 kHz / 24-bit PCM – Sanctuary Records Studio Masters