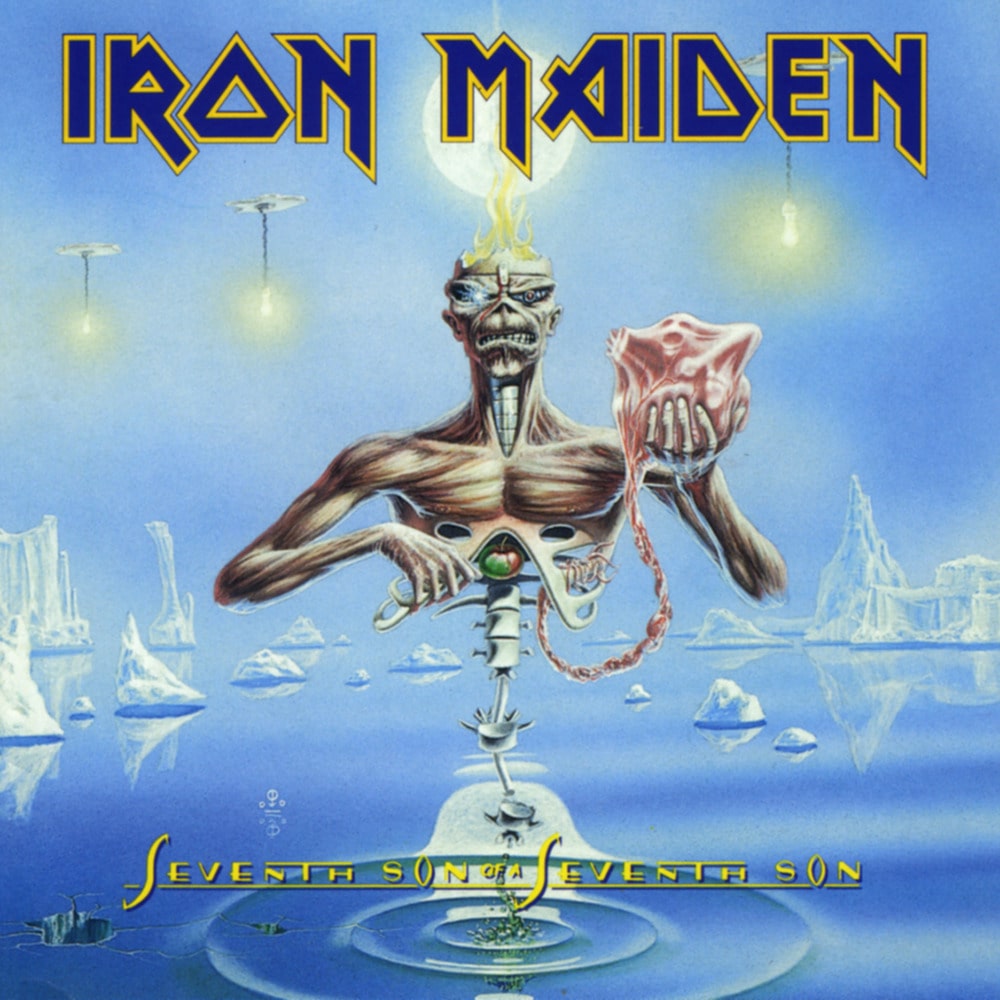 Available in MQA and 44.1 kHz / 24-bit AIFF, FLAC audio formats
Seventh Son of a Seventh Son is the seventh studio album by English heavy metal band Iron Maiden. It was originally released on 11 April 1988. A concept album, it incorporates elements of progressive rock, seen in the length and complex structure of the title track. It was the band's last studio album to feature the Piece of Mind-era lineup until 2000's Brave New World, with guitarist Adrian Smith leaving the band in January 1990 after he did not approve of the direction the band were aiming for on their next album No Prayer for the Dying. It was also the first Iron Maiden album to feature keyboards. The idea to base the album around the folklore concept of the seventh son of a seventh son came to bassist Steve Harris after he read Orson Scott Card's Seventh Son. Harris stated, "It was our seventh studio album and I didn't have a title for it or any ideas at all. Then I read the story of the seventh son, this mystical figure that was supposed to have all these paranormal gifts, like second sight and what have you, and it was more, at first, that it was just a good title for the seventh album, you know? But then I rang Bruce [Dickinson, vocalist] and started talking about it and the idea just grew."
44.1 kHz / 24-bit PCM – Sanctuary Records Studio Masters