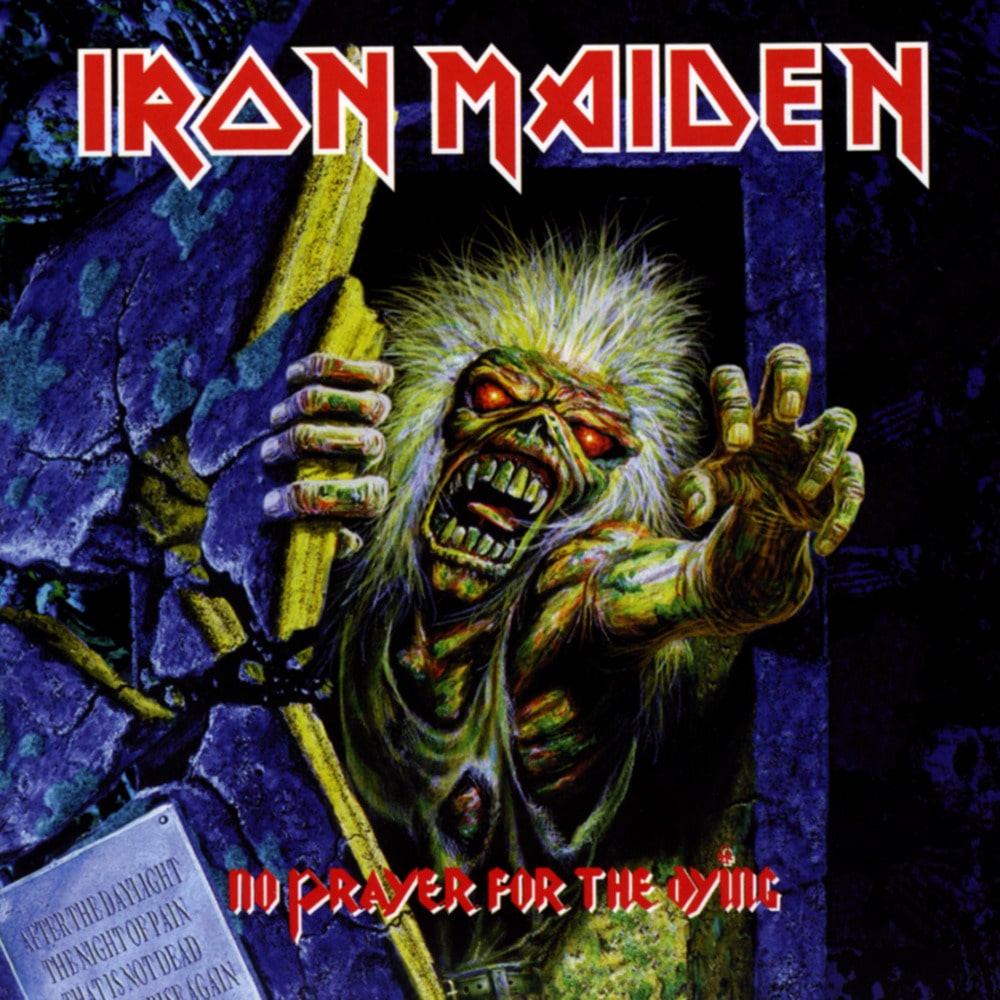 Available in MQA and 44.1 kHz / 24-bit AIFF, FLAC audio formats
No Prayer for the Dying is the eighth studio album by English heavy metal band Iron Maiden. It marks their first line-up change since 1982; guitarist Adrian Smith left the band during the pre-production phase, unhappy with the musical direction it was taking, and only having contributed to one song, "Hooks in You". Smith was replaced by Janick Gers, who had previously worked with singer Bruce Dickinson on his first solo-album, Tattooed Millionaire, and had also worked with Ian Gillan, former Marillion singer Fish, and new wave of British heavy metal band, White Spirit. The album departed from the keyboard- and synthesizer-saturated progressive rock direction of the band's two previous studio outings (1986's Somewhere in Time and 1988's Seventh Son of a Seventh Son) in favour of a more "stripped down," straightforward style, reminiscent of the band's earlier material, which ushered in a change of vocal style for Bruce Dickinson from the operatic sound of the 1980s to a raspier way of singing. In addition, Michael Kenney, who had played keyboards on tour for the band, played keyboards on the album, replacing Harris and Adrian Smith from previous albums. The idea to make a more "street level" release also inspired the band to record in a barn on bassist Steve Harris's property in Essex, using the Rolling Stones Mobile Studio.
44.1 kHz / 24-bit PCM – Sanctuary Records Studio Masters