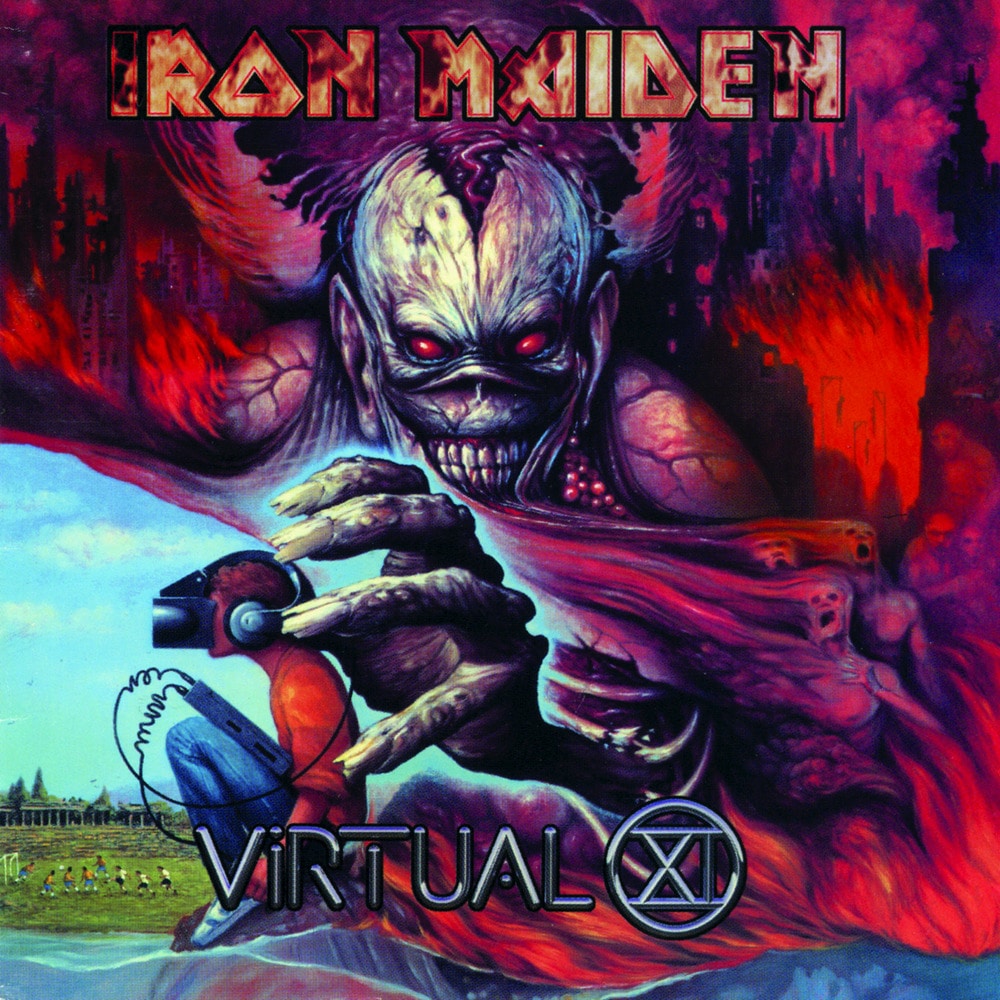 Available in MQA and 44.1 kHz / 24-bit AIFF, FLAC audio formats
Virtual XI (pronounced "Virtual Eleven") is the eleventh studio album by English heavy metal band Iron Maiden, released on 23 March 1998. It is the band's second and final album with Blaze Bayley on vocals. For this album some keyboard parts were performed by band founder/bassist Steve Harris whereas on previous albums all the keyboard parts had been handled by Harris' bass technician, Michael Kenney. This would be the second and final studio album to feature Blaze Bayley, as he was dismissed from Iron Maiden following a February 1999 announcement that Bruce Dickinson and Adrian Smith, who left in 1993 and 1990 respectively, would be returning to the line-up. Virtual XI's title is tied in with two extra-musical events: the release of the band's computer game, Ed Hunter, and the fact that the 1998 FIFA World Cup would be taking place in June of that year. Harris explains, "We figure our fans are pretty much the same as we are, with pretty much the same interests, so we thought, 'It's World Cup year in '98. Let's get the football involved in the new album.' And we were already working on a computer game at that time, so we thought, 'Well, let's bring that element into things, too.'" Prior to the album's release, the band organised a publicity tour in which they held football matches across Europe with "guest musicians and pro-footballers from the UK."
44.1 kHz / 24-bit PCM – Sanctuary Records Studio Masters