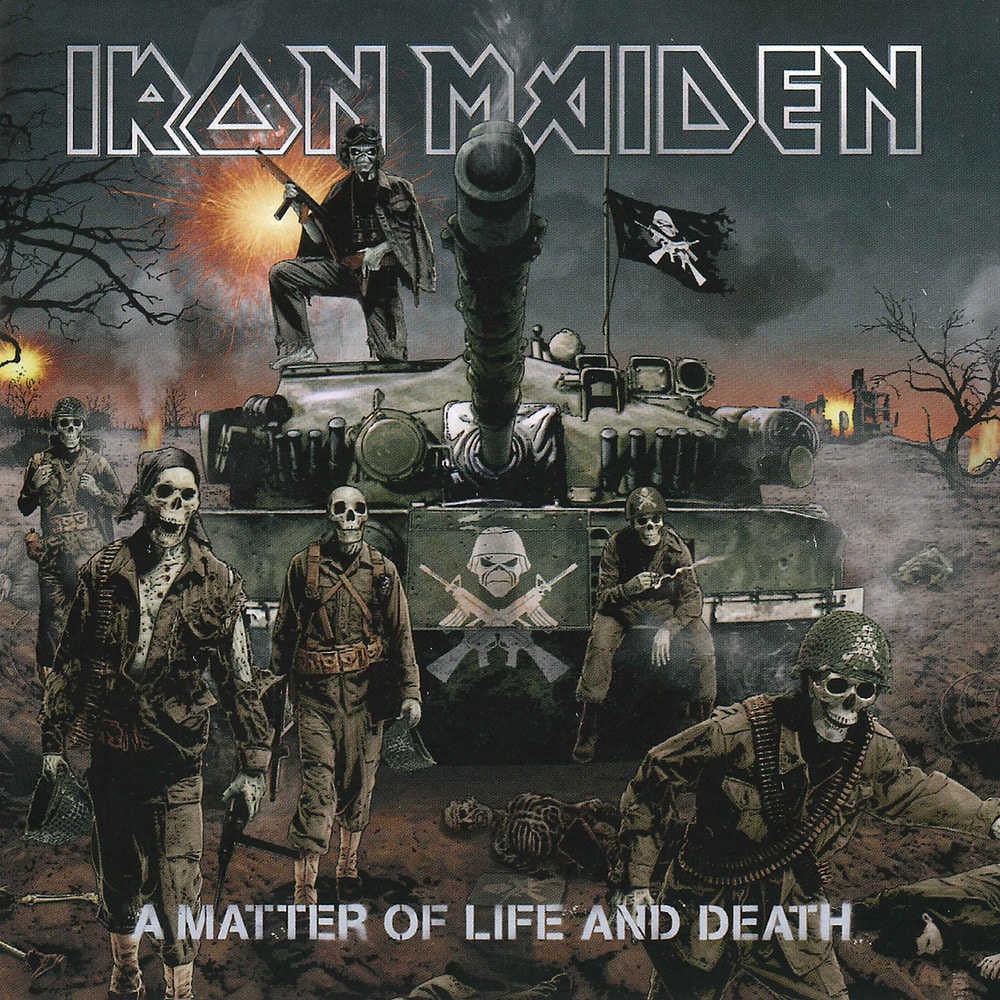 Available in MQA and 96 kHz / 24-bit AIFF, FLAC high resolution audio formats
A Matter of Life and Death is the fourteenth studio album by English heavy metal band Iron Maiden. It was originally released on 25 August 2006. It is the first album in Iron Maiden's career to enter the US Billboard charts in the top 10, achieving significant chart success in many other countries as well. While not being a concept album, war and religion are recurring themes throughout, as well as in the cover artwork. To provide a more "live" sound, the album was not mastered. Lead vocalist Bruce Dickinson commented that, "Everyone was up for pushing things as far as they'd go, but the record was so easy to make." Dickinson went on to claim that they "finished the record with two months to spare," with Harris adding, "A lot of what you hear are first time takes." Speaking about the record's musical style, Harris states that "It is heavier than we've ever been, but also very progressive. And I don't mean that in the modern sense, but like Dream Theater, more in a 70s way."
96 kHz / 24-bit PCM – Sanctuary Records Studio Masters