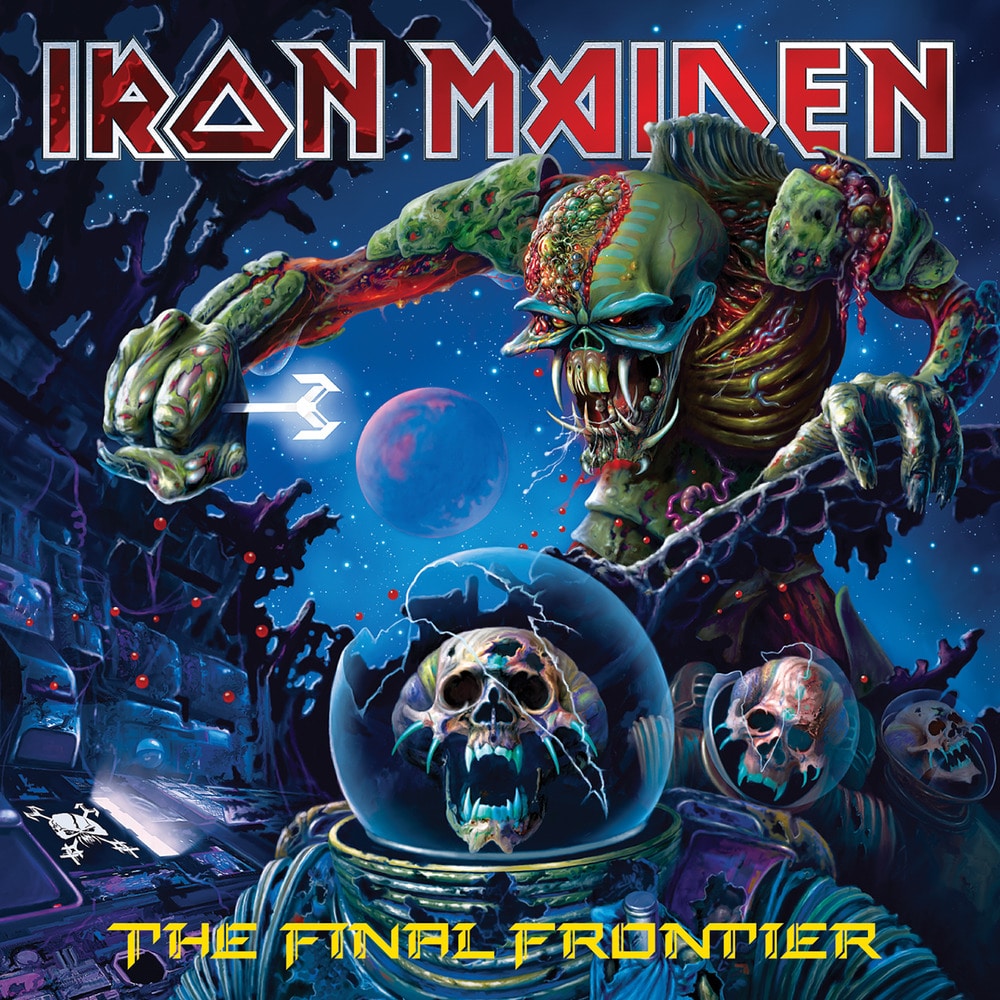 Available in MQA and 48 kHz / 24-bit AIFF, FLAC audio formats
The Final Frontier is the fifteenth studio album by English heavy metal band Iron Maiden. It was originally released on 13 August 2010. At 76 minutes and 34 seconds, it is the band's second-longest studio album to date, a duration surpassed only by 2015's The Book of Souls. According to Dickinson, "we had probably the least amount of preparation we've ever had, which is bizarre because it's the longest and most complicated record of all of them." After taking time off for Christmas, recording commenced in January at Compass Point Studios, Nassau, Bahamas, with Kevin Shirley producing. This was the first time the band returned to the Bahamas since they last recorded at Compass Point in the 1980s, to which Dickinson remarked: "The studio had the same vibe and it was exactly as it had been in 1983, nothing had changed! Even down to the broken shutter in the corner ... same carpet ... everything ... It was really quite spooky. But we felt very relaxed in such a familiar and well-trodden environment and I think this shows in the playing and the atmosphere of the album."
48 kHz / 24-bit PCM – Sanctuary Records Studio Masters