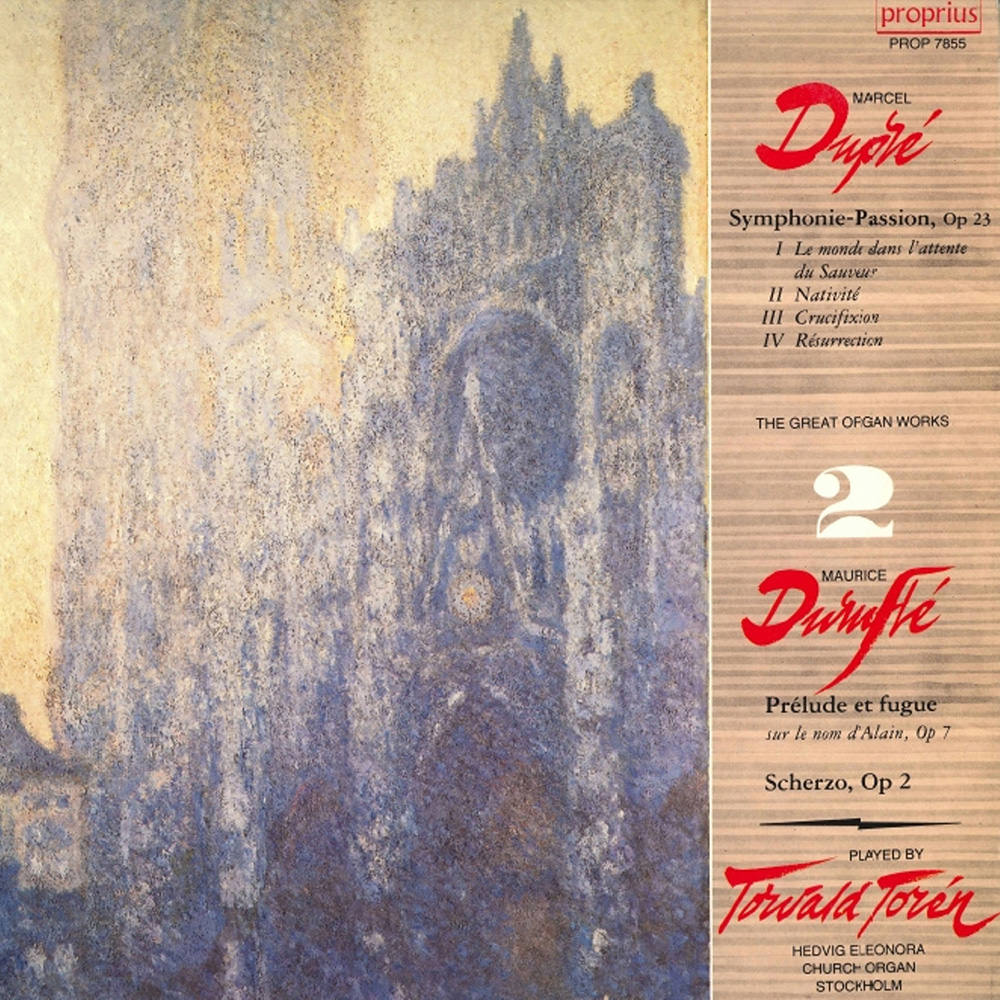 Available in 96 kHz / 24-bit AIFF, FLAC high resolution audio formats
Torvald Torén, one of the most notable Swedish organists of his time, performed a vast amount of organ repertoire and is considered a foremost interpreter of French Romantic symphonic music. This album compiles selections from previously released '70s and '80s recordings dedicated to both Marcel Dupré, considered the greatest organ composer of the 20th century, as well as Maurice Duruflé. Torén studied with Duruflé in Paris and had the unique opportunity to learn from the composer himself.
96 kHz / 24-bit PCM – Proprius Studio Masters