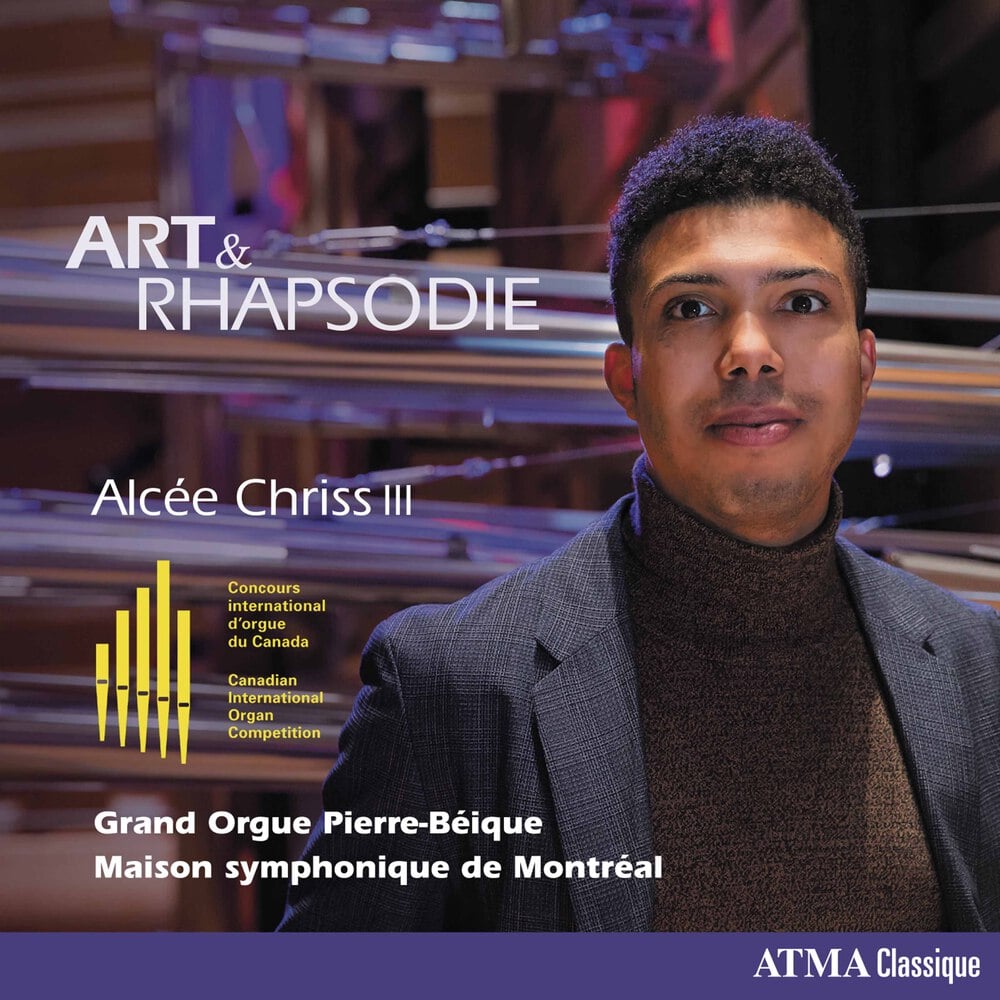 First Prize winner at the Concours international d’orgue du Canada 2017 (Canadian International Organ Competition), Alcee Chriss III has been celebrated for his “grace, skill and abundant proficiency” (Assist News, Albuquerque). He has performed throughout the United States and France and is emerging as an outstanding young concert artist of virtuosity and versatility.

Alcée Chriss III’s debut album comprises works by Bach, Whitlock, and Rachmaninoff, as well as a number of distinctive selections including an arrangement of Wagner’s The Flight of the Valkyries, and works by French composers Jean Guillou and Jeanne Demessieux. Chriss also performs his own arrangements for organ of jazz standards such as Tea for Two and Rhapsody after Art by the legendary Art Tatum.
96 kHz / 24-bit PCM – ATMA Classique Studio Masters