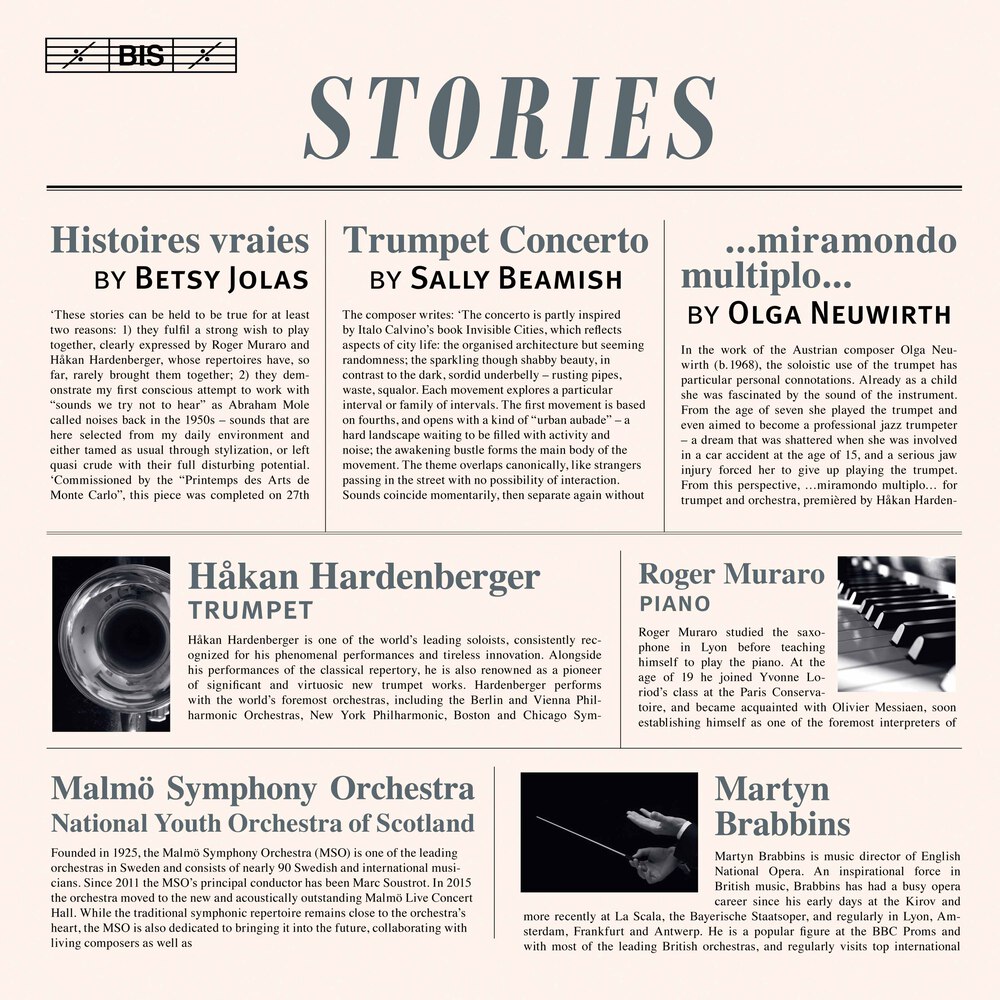 Available in 96 kHz / 24-bit AIFF, FLAC high resolution audio formats
Alongside his celebrated performances of the classical repertory, Håkan Hardenberger is also renowned as a pioneer of significant new trumpet works. The three works on this album were all composed with him in mind, and illustrate his many-faceted musical persona. The most recent of them, ‘True Stories’ by Betsy Jolas, was written in order to give Hardenberger and Roger Muraro occasion to perform together. Its title springs from the fact that the work forms the composer’s first attempt to work with sounds selected from daily life and either ‘tamed’ through stylization or left quasi crude. Sally Beamish found inspiration for her concerto in Italo Calvino’s book Invisible Cities which, in her own words, ‘reflects aspects of city life: the organized architecture but seeming randomness; the sparkling though shabby beauty, in contrast to the dark, sordid underbelly – rusting pipes, waste, squalor.’ Finally, in …miramondo multiplo…, Olga Neuwirth incorporates stylistic and melodic references, for instance from her own works and the music of Handel, but also to the performance style of the jazz trumpeter Miles Davis, lending each movement a musical atmosphere of its own. As a result, the concerto has been described as ‘a sequence of five very different musical stories’. The conductor in all three works is Martyn Brabbins, whose credentials in the field of contemporary music are impressive, having conducted hundreds of world premières across the globe.
96 kHz / 24-bit PCM – BIS Records Studio Masters