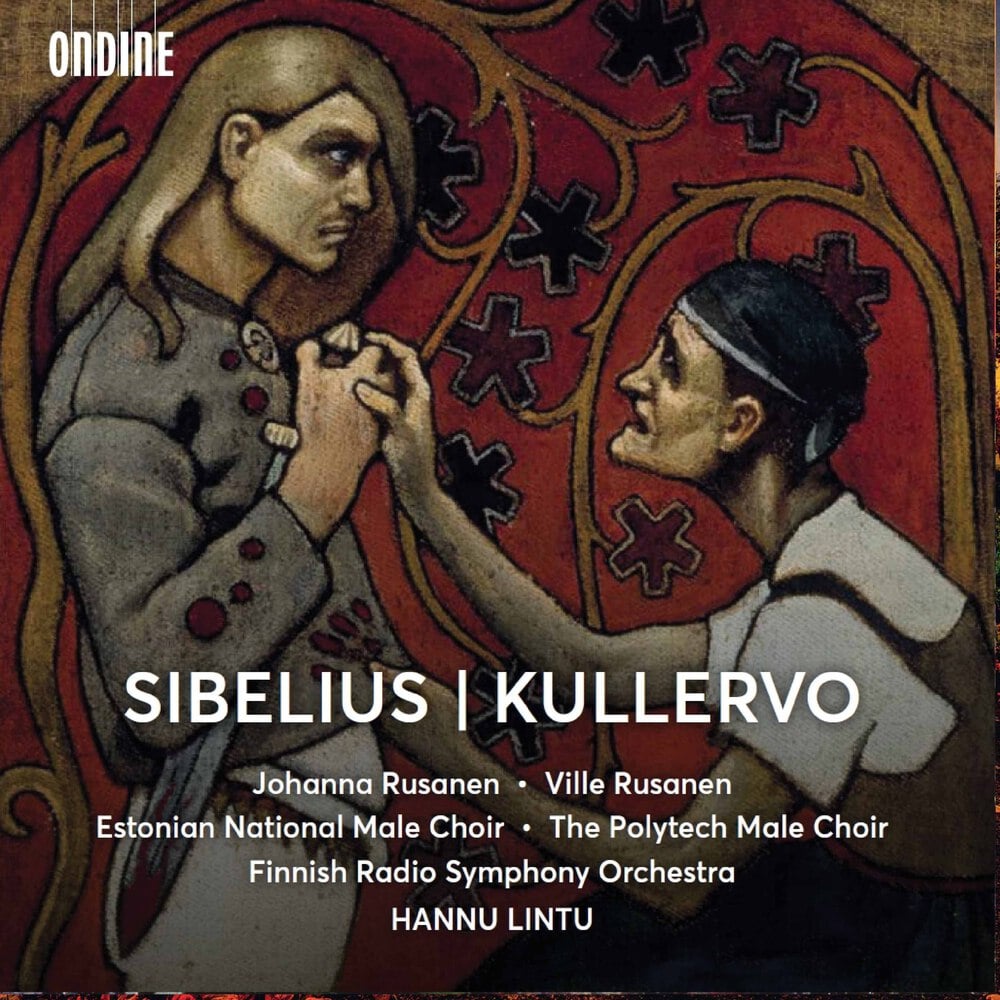 A fresh new recording of Jean Sibelius’ (1865–1957) early breakthrough work by the Finnish Radio Symphony Orchestraunder its conductor Hannu Lintu. This recording with two male choirs, the Estonian National Male Choir and the Polytech Choir, brings up the full drama of this gigantic 70-minute work which during Sibelius’ lifetime was often referred to as a “symphony”. The work tells the story of Kullervo, a tragic hero drawn from the Finnish national epic, the Kalevala.

While a student in Vienna, Sibelius started planning to write a large work that would crystallize the rising Finnish national feeling in music. It was in the cosmopolitan surroundings of Vienna where Sibelius finally discovered the Finnish sound for his orchestral works to follow. Until that moment the art music of his country, even works based on folklore characters such as found in the Kalevala poetry, had been largely influenced and dominated by German Romanticism. For his work Sibelius drew inspiration from traditional Finnish folk music and by studying the Kalevalaepic on his own. From the 50 songs of the Kalevala, Sibelius chose passages from the most tragic sections of the work telling the story of Kullervo, an ill-fated young man. With the premiere of this work in Helsinki in 1892, Sibelius became a national hero – and also won the favour of his future father-in-law. Although the work was not performed never again in Sibelius’ lifetime after the following year, the work was a milestone for Sibelius himself in his development as a composer and a symphonist. It was the composer’s first serious attemp in composing a large-scale orchestral work. Kullervo is work by a young composer filled with inspiration, ideas and drama.

Conductor Hannu Lintu recently won the Gramophone Award and ICMA Award for his recording of the Bartók Violin Concertos (ODE 1317-2) together with Christian Tetzlaff and the Finnish Radio Symphony Orchestra. The same recording was also nominated for the 2019 BBC Music Magazine Awards. Recordings by the Finnish Radio Symphony Orchestra under Hannu Lintu on Ondine have gathered excellent reviews in the international press. Two of their recordings were nominated for Gramophone Awards in 2018. One of them, including orchestral works and songs by Jean Sibelius (ODE 1289-5) also won an ICMA Award in January 2018. The recent recording of Lutoslawski’s 1st and 4th Symphonies (ODE 1320-5) was chosen ‘Recording of the Month’ by the BBC Music Magazine in February 2019.
96 kHz / 24-bit PCM – Ondine Studio Masters