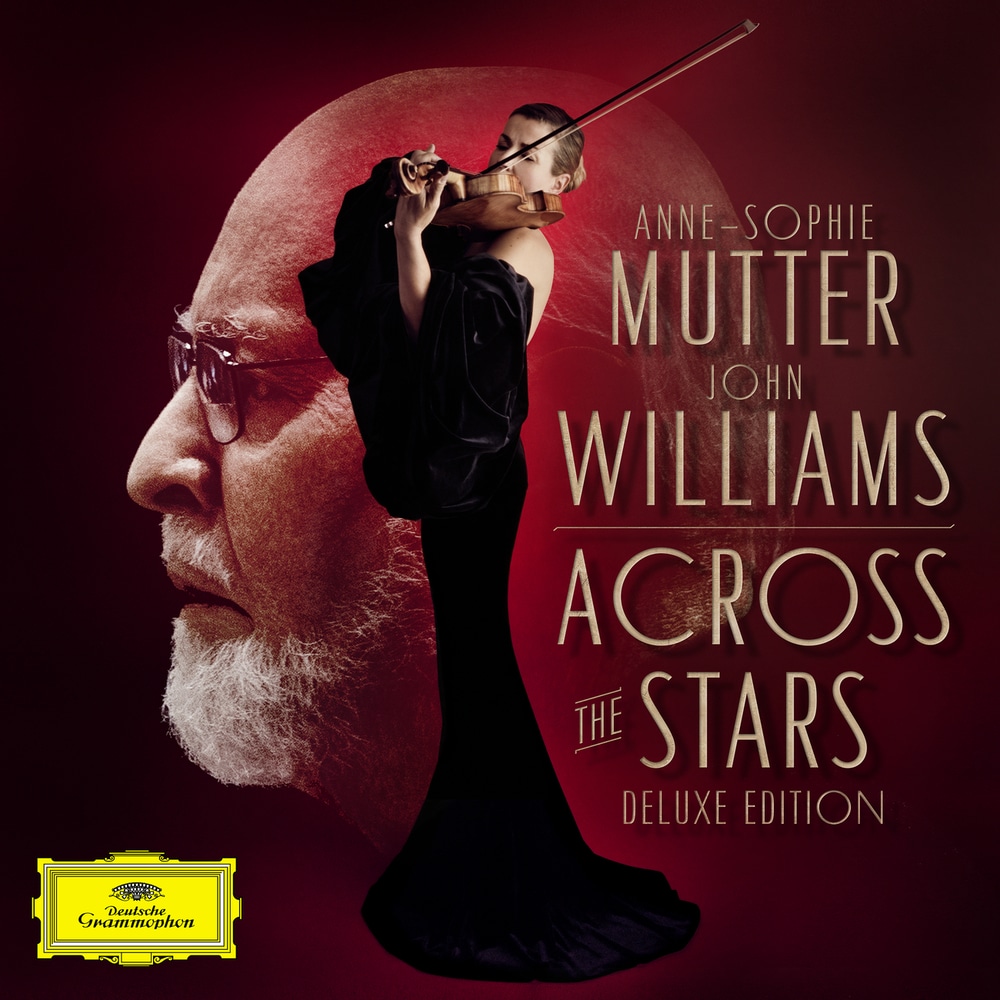 Across The Stars (Deluxe Edition)

Available in 96 kHz / 24-bit AIFF, FLAC high resolution audio formats
Grammy Award Nomination – Best Arrangement, Instrumental or A Cappella, 2019 – HEDWIG'S THEME (John Williams, arranger (Anne-Sophie Mutter & John Williams)) Alongside Mutter as soloist, Williams assembled an extraordinary group of musicians with whom he has worked over the years to form the 70-piece Recording Arts Orchestra of Los Angeles. They recorded over five days in April at the historic Sony Pictures Scoring Stage, where many great film soundtracks of the past were recorded, including The Wizard of Oz, Gone with the Wind, Singin’ In The Rain, Lawrence of Arabia, E.T. and many more. Anne-Sophie Mutter, a four-time Grammy winner and widely acclaimed as one of the finest violinists of our time, says it was “a tremendous honour” to work so closely with John Williams – and that the recording conditions for this album were the finest since she collaborated with Herbert von Karajan. John Williams – who has won five Oscars, four Golden Globes, five Emmys and 24 Grammys – explains that for this project he’s revisited themes from many of his existing scores and completely transformed them: “Presented on the violin, they become a different emotional experience.” This deluxe edition contains 5 previously unreleased bonus tracks.
96 kHz / 24-bit PCM – Deutsche Grammophon (DG) Studio Masters