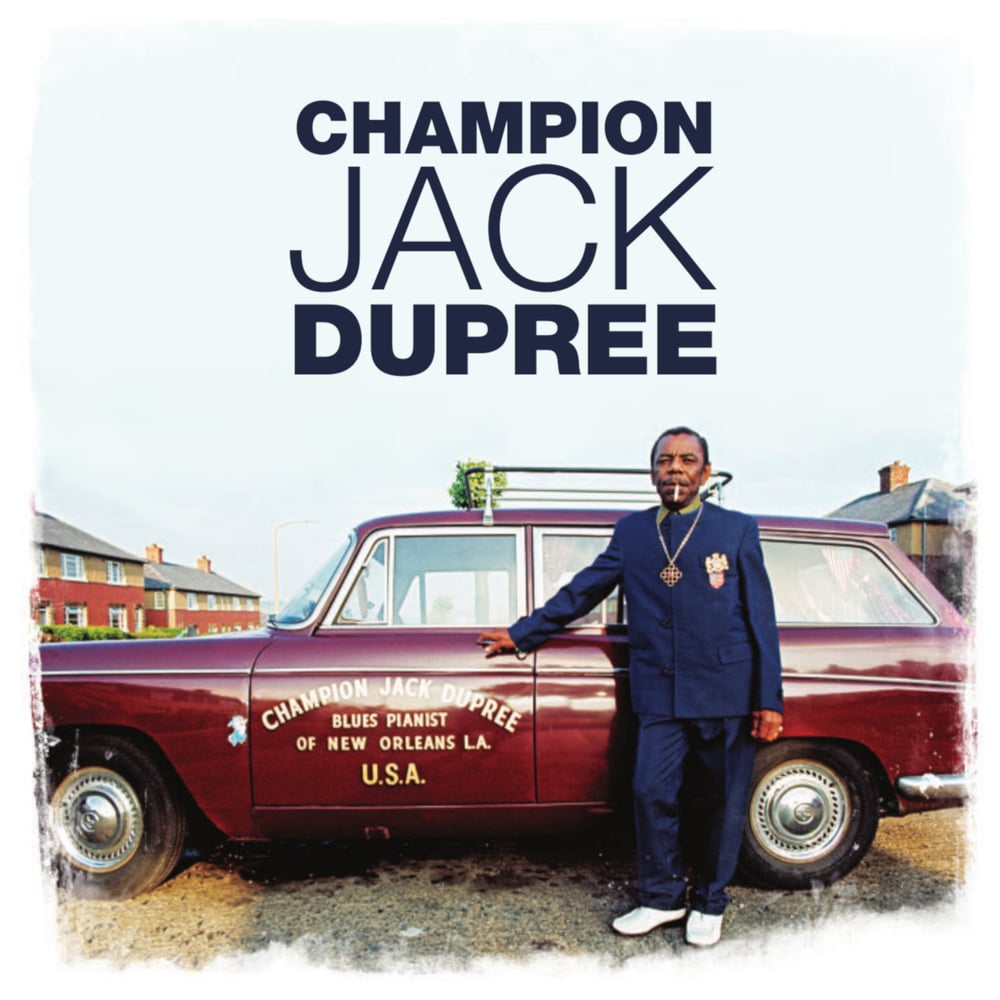 Available in 44.1 kHz / 24-bit AIFF, FLAC audio formats
A fine collection of the great recordings of legendary blues pianist, Champion Jack Dupree, released by Storyville Records. The release comes as part of a three-volume series comprising of both the celebrated and lesser-known performances in Champion's long and storied career. Champion Jack Dupree was the embodiment of the New Orleans blues and boogie woogie pianist, a barrelhouse "professor". His father was from the Belgian Congo and his mother was part African American and Cherokee. He was orphaned at the age of two, and sent to the New Orleans Home for Colored Waifs (also the alma mater of Louis Armstrong). He taught himself piano there and later apprenticed with Tuts Washington and Willie Hall, whom he called his 'father' and from whom he learned "Junker's Blues". As a young man he began his life of travelling, living in Chicago, where he worked with Georgia Tom, and in Indianapolis, Indiana, where he met Scrapper Blackwell and Leroy Carr. Whilst he was always playing piano, he also worked as a cook, and in Detroit he met Joe Louis, who encouraged him to become a boxer. He ultimately fought in 107 bouts, winning Golden Gloves and other championships and picking up the nickname 'Champion Jack', which he used the rest of his life. He returned to Chicago at the age of 30 and joined a circle of recording artists, including Big Bill Broonzy and Tampa Red, who introduced him to the record producer Lester Melrose, who claimed composer credit and publishing on many of Dupree's songs. His biggest commercial success was "Walkin' the Blues", which he recorded as a duet with Teddy McRae.
44.1 kHz / 24-bit PCM – Storyville Records Studio Masters