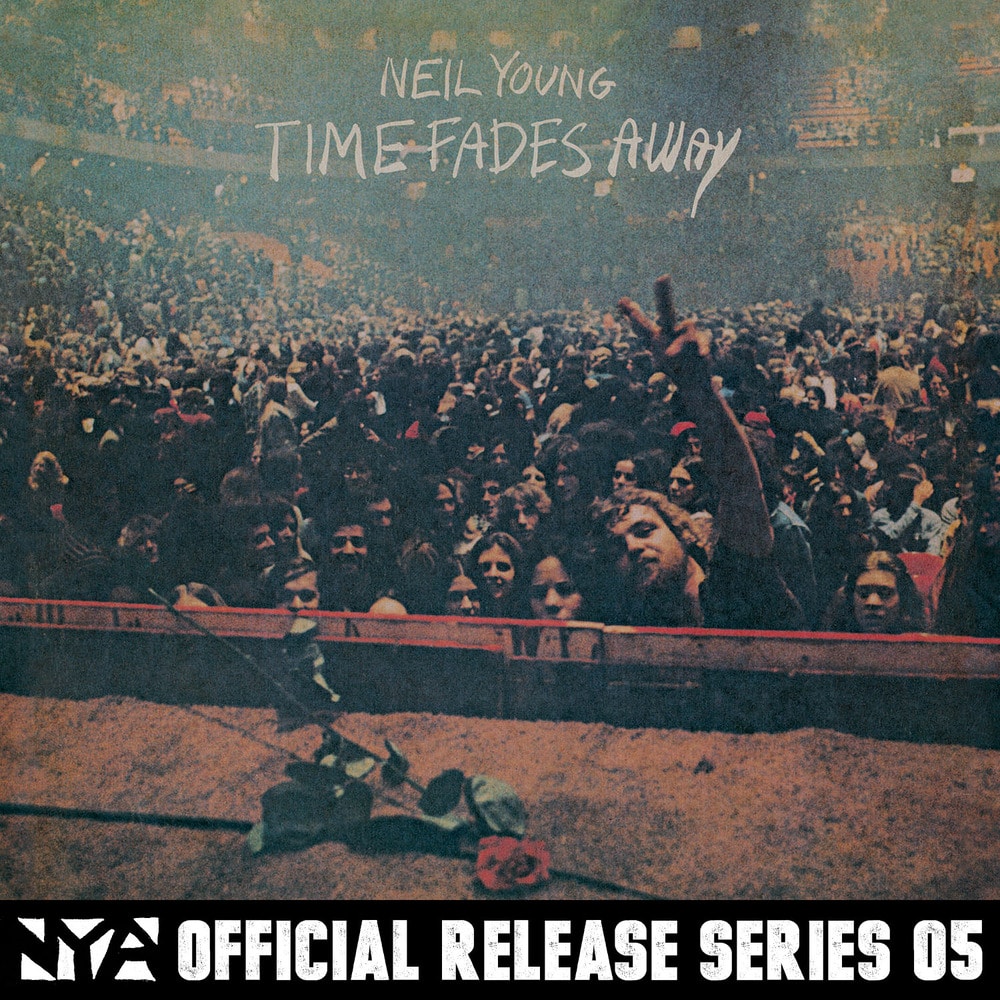 Available in 192 kHz / 24-bit, 96 kHz / 24-bit AIFF, FLAC high resolution audio formats
"Time Fades Away was a crucial swerve for Young, and it established the proudly flawed aesthetic that has kept his work immediate and powerful for decades. These are weary, acidic songs about the hollowness of stardom—recording them during a tour from hell is an asset, not a flaw. Even the crowd noise between songs heightens the despair—blissful, oblivious applause from an audience too remote to see Young’s naked pain." - Pitchfork Time Fades Away is a 1973 live album by Canadian musician Neil Young. Consisting of previously unreleased material, it was recorded with The Stray Gators on the support tour following 1972's highly successful Harvest. Due to Young's dissatisfaction with the tour, it was omitted from his catalogue and not released until 2017. Nevertheless, Time Fades Away received much critical praise and was widely pirated after lapsing out of print because of the ensuing demand from fans. The program featured an acoustic solo set followed by an electric set with The Stray Gators. Longtime collaborator and former Crazy Horse guitarist Danny Whitten had been set to join the Gators as a second guitarist before being sent home from rehearsals after it became evident that he was in no condition to embark on the rigorous tour. He succumbed to a fatal combination of Valium and alcohol on the night following his dismissal. In the wake of the relatively dulcet Harvest, audiences did not always react positively to the new songs, many of which were emblematic of the Gators' raucous and heavily electrified live sound. Struggling to cope with Whitten's death, Young lambasted band members' performances following concerts and scheduled soundchecks that were often cancelled on short notice. Alcohol abuse and strained singing would lead the singer to develop a throat infection in the final days of the tour. In a partial reunion of CSNY, Young hired David Crosby and Graham Nash to augment the harmonies and play rhythm guitar. Despite their integration, the band's repertoire remained confined to Young originals Time Fades Away was recorded directly from the soundboard to 16-track and mixed simultaneous to LP cutting using the Quad-Eight Compumix: "There were no 2 track masters ever made of this record. The master discs were cut directly from the 16 track masters through the Compumix system. A mix was recorded to a second 16 track machine--we had 2 that would run perfectly together--to feed the variable pitch system of the lathe--but was discarded when we were through. I was the mastering engineer who cut the masters." - Phil Brown (Engineer)
192 kHz / 24-bit, 96 kHz / 24-bit PCM – Reprise Studio Masters