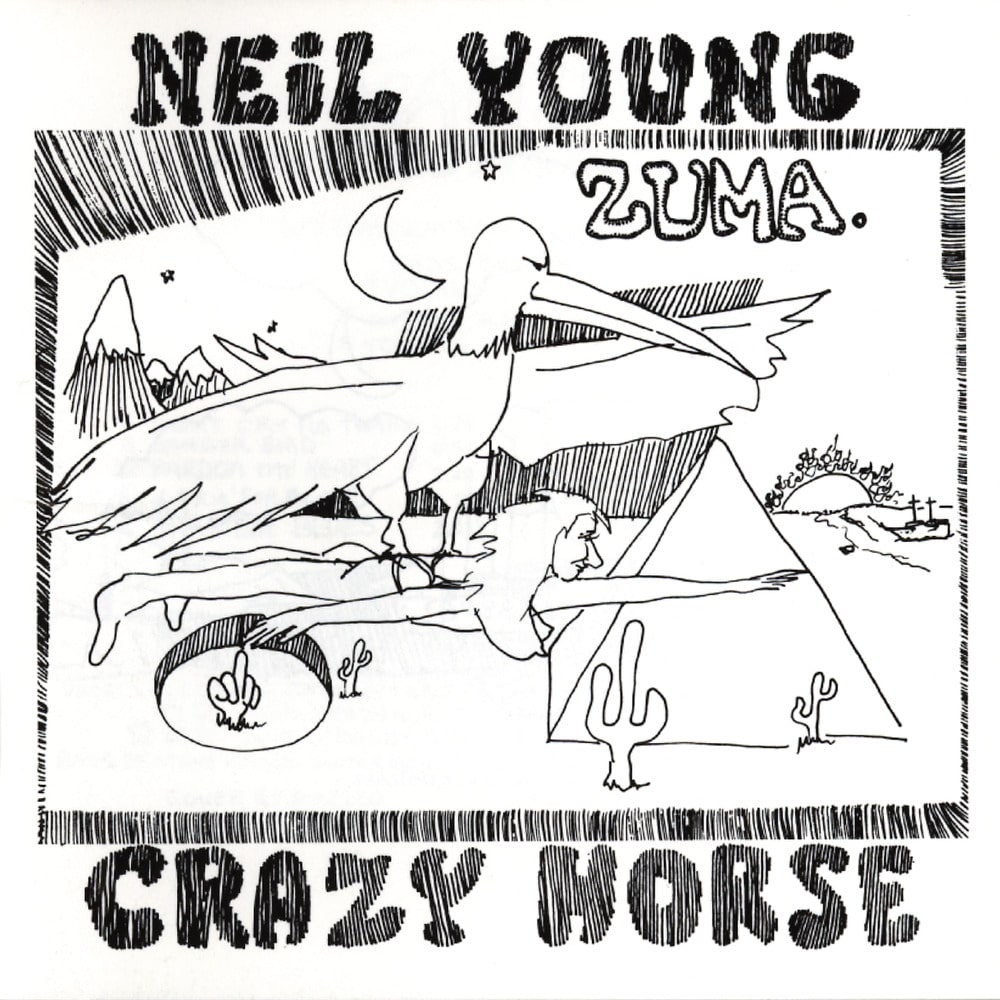 Available in 192 kHz / 24-bit, 96 kHz / 24-bit AIFF, FLAC high resolution audio formats
Zuma is the seventh studio album by Canadian musician Neil Young, released on Reprise Records in November 1975. Co-credited to Crazy Horse, it includes "Cortez the Killer," one of Young's best-known songs. The death of guitarist and bandmate Danny Whitten from a drug overdose in 1972 affected Young greatly, and left the Crazy Horse band without its leader and songwriter. Young went out on tour in late 1973 with a band dubbed the Santa Monica Flyers, composed of the Crazy Horse rhythm section of bassist Billy Talbot and drummer Ralph Molina along with guitarist Nils Lofgren, who had played on Crazy Horse's debut album, and multi-instrumentalist Ben Keith, this group recording most of the tracks for what would be his Tonight's the Night album. After the 1974 stadium tour with Crosby, Stills & Nash and another abandoned attempt at the second CSNY studio album, Young formed a new version of Crazy Horse in 1975 with guitarist Frank Sampedro slotted in alongside Talbot and Molina. This line-up first appeared on this album, and remained stable until 2018 when Sampedro decided to take a break from touring and Nils Lofgren was recruited to play guitar for the live shows.
192 kHz / 24-bit, 96 kHz / 24-bit PCM – Reprise Studio Masters