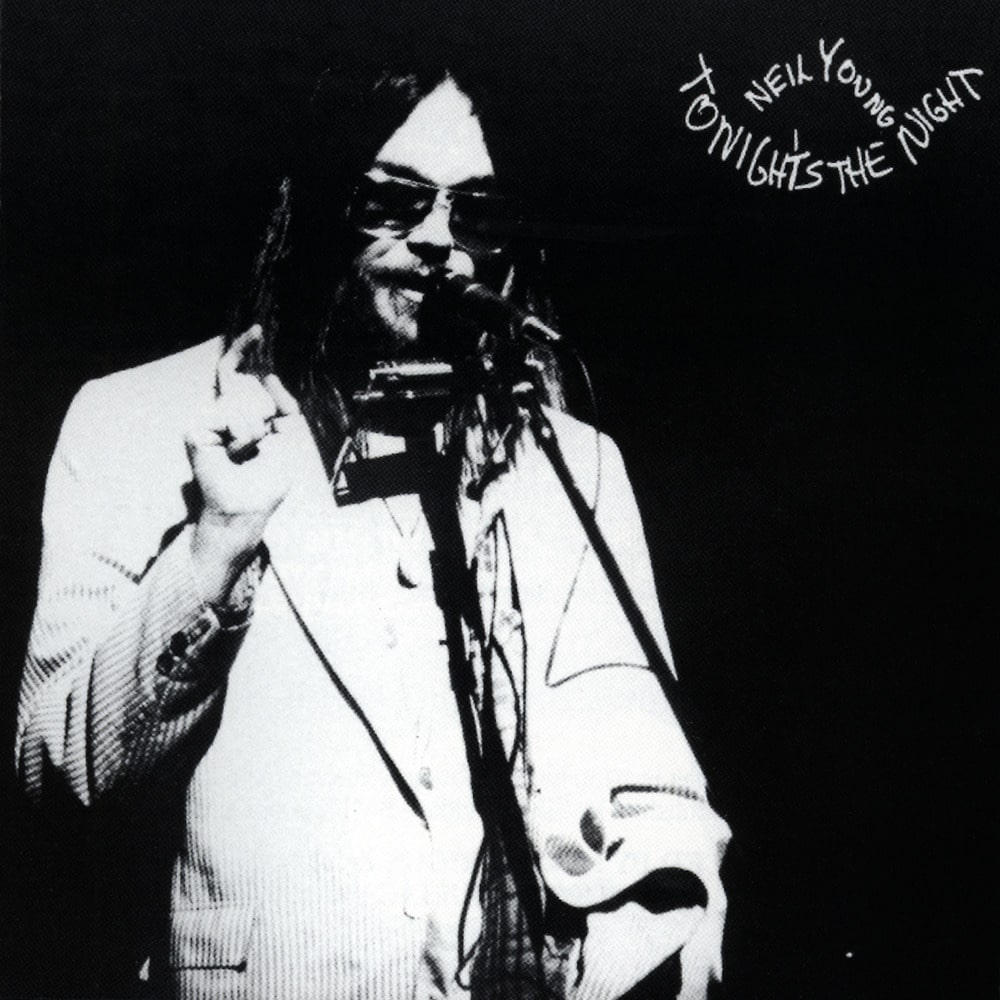 Available in 192 kHz / 24-bit, 96 kHz / 24-bit AIFF, FLAC high resolution audio formats
Tonight's the Night is the sixth studio album by Canadian musician Neil Young, released in June 1975 on Reprise Records. It was recorded in August–September 1973, mostly on August 26, but its release was delayed for two years. In 2003, the album was ranked number 331 on Rolling Stone magazine's list of the 500 greatest albums of all time. Tonight's the Night is a direct expression of grief. Crazy Horse guitarist Danny Whitten and Young's friend and roadie Bruce Berry had both died of drug overdoses in the months before the songs were written. The title track mentions Berry by name, while Whitten's guitar and vocal work highlight "Come on Baby Let's Go Downtown"; the latter was recorded live in 1970. The song would later appear, unedited, on a live album from the same concerts, Live at the Fillmore East, with Whitten credited as the sole author. The band assembled for the album was known as The Santa Monica Flyers. It consisted of Young, Ben Keith, Nils Lofgren, and the Crazy Horse rhythm section of Billy Talbot and Ralph Molina. One track as stated above was taken from recordings of an earlier tour with Crazy Horse, and another from an earlier session with his band for Harvest, The Stray Gators.
192 kHz / 24-bit, 96 kHz / 24-bit PCM – Reprise Studio Masters