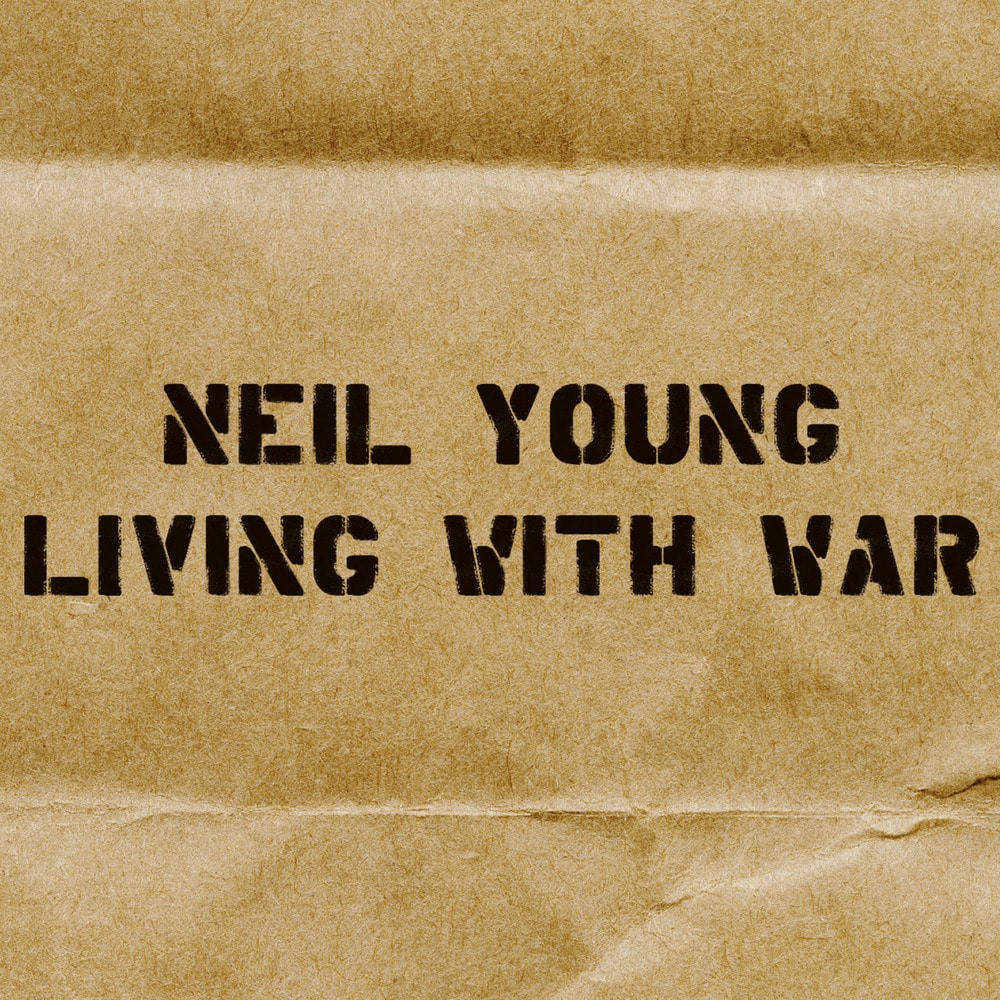 Available in 192 kHz / 24-bit, 96 kHz / 24-bit AIFF, FLAC high resolution audio formats
"Alongside Bruce Springsteen's We Shall Overcome: The Seeger Sessions, Living With War is the second album this spring on which an elder rock statesman makes an effective protest record with a raucously communal approach, reverently covering historically heavy anthems along the way ("America the Beautiful", in this case)." - Pitchfork Living With War is the 27th studio album by the Canadian musician Neil Young, released on May 2, 2006. The album's lyrics, titles, and conceptual style are highly critical of the policies of the George W. Bush administration. Written and recorded over the course of only nine days in March and April 2006, its lyrics are in line with the early 1960s albums of folk artists such as Phil Ochs and Bob Dylan, although they are set to what Young calls "metal folk protest music" courtesy of Young, bassist Rick Rosas, drummer Chad Cromwell and trumpet player Tommy Bray. The rhythm section of Cromwell and Rosas and Young's "Volume Dealers" co-producer Niko Bolas were also at the core of Young's 1989 album Freedom, which contained an angry criticism of Reagan-George H. W. Bush America.
192 kHz / 24-bit, 96 kHz / 24-bit PCM – Reprise Studio Masters