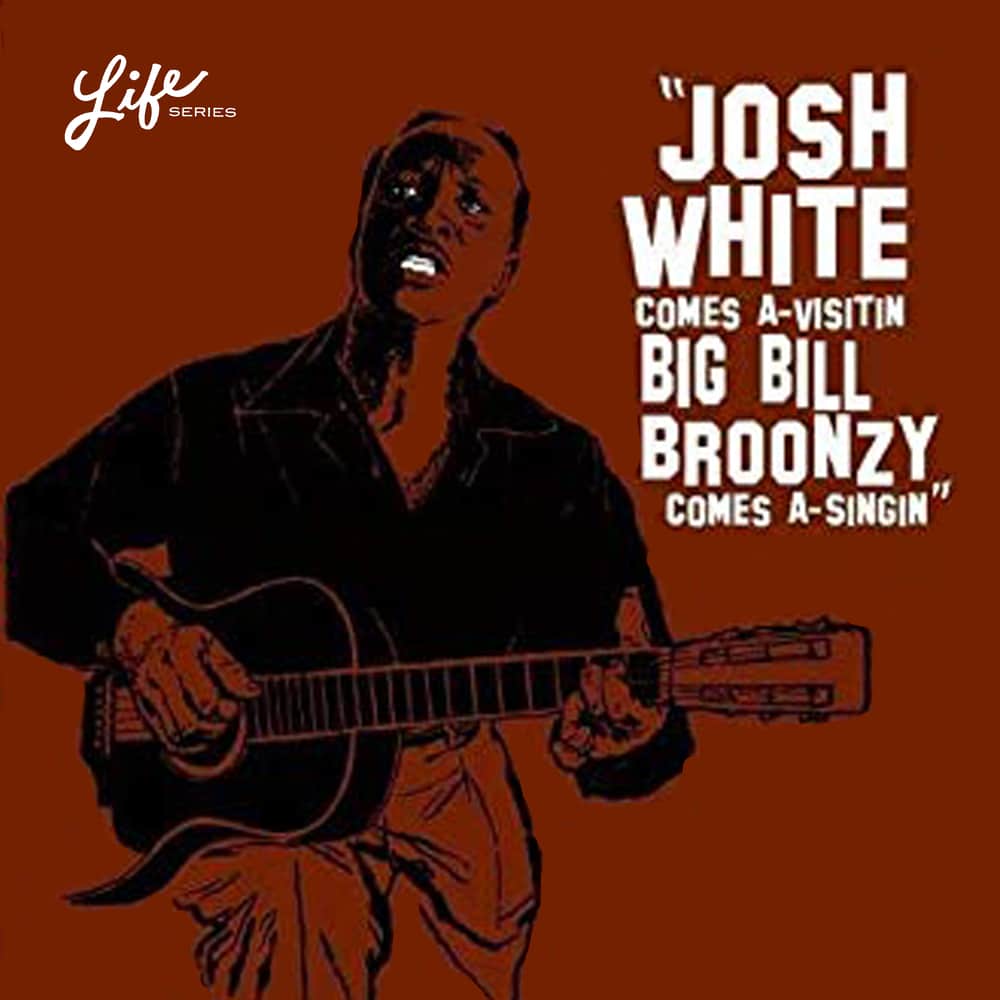 Big Bill Broonzy was an American blues singer, songwriter and guitarist. His career began in the 1920s, when he played country blues to mostly African-American audiences. Through the 1930s and 1940s he successfully navigated a transition in style to a more urban blues sound popular with working-class African-American audiences. In the 1950s a return to his traditional folk-blues roots made him one of the leading figures of the emerging American folk music revival and an international star. His long and varied career marks him as one of the key figures in the development of blues music in the 20th century.

Joshua Daniel White was an American singer, guitarist, songwriter, actor and civil rights activist. He also recorded under the names Pinewood Tom and Tippy Barton in the 1930s. White grew up in the South during the 1920s and 1930s. He became a prominent race records artist, with a prolific output of recordings in genres including Piedmont blues, country blues, gospel music, and social protest songs. In 1931, White moved to New York, and within a decade his fame had spread widely. His repertoire expanded to include urban blues, jazz, traditional folk songs, and political protest songs, and he was in demand as an actor on radio, Broadway, and film.
44.1 kHz / 24-bit PCM – Life Series Studio Masters

Tracks 1-16 – contains high-resolution digital transfers of material originating from an analogue master source
Tracks 1, 2, 8, 14, 15 – contains material which has been processed by a perceptual audio coding algorithm