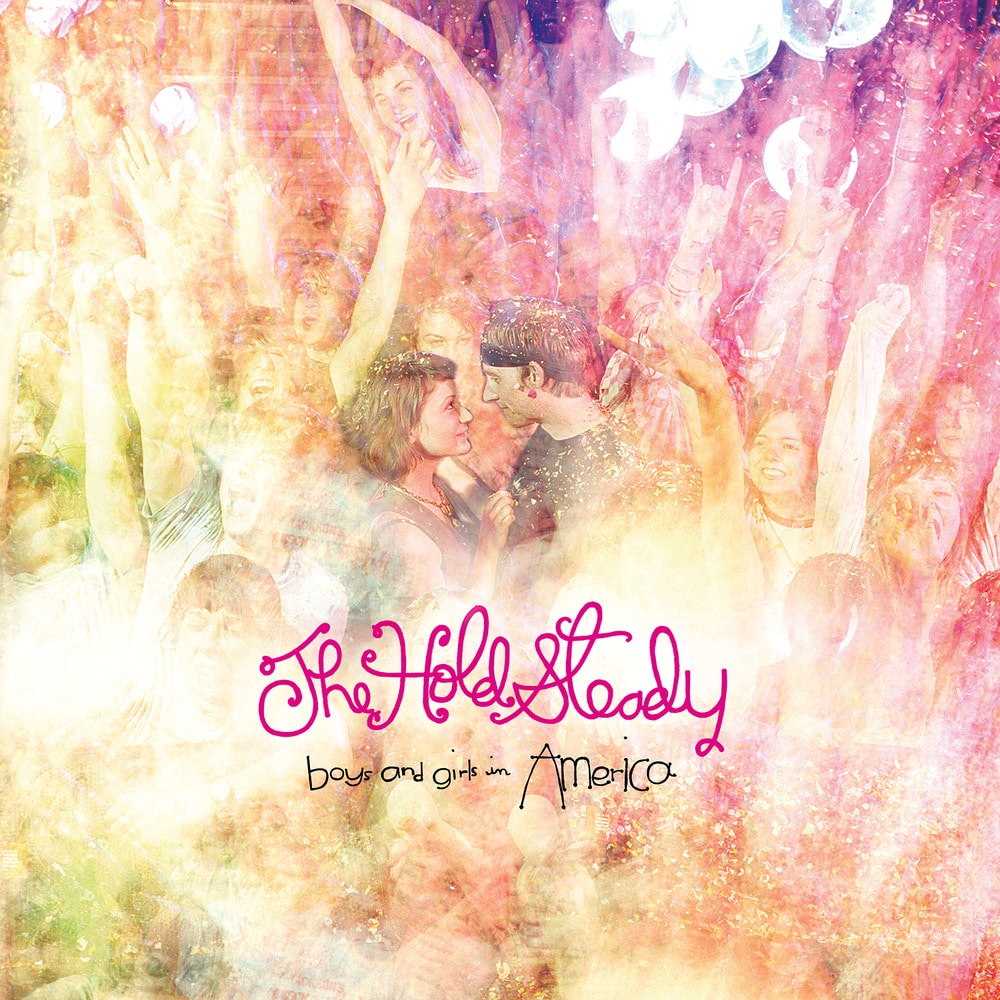 Available in MQA and 88.2 kHz / 24-bit AIFF, FLAC high resolution audio formats
Boys and Girls in America is the third studio album by The Hold Steady, released on October 3, 2006 by Vagrant Records. Backing vocals for the track "Chillout Tent" are provided by Soul Asylum's Dave Pirner and The Reputation's Elizabeth Elmore. Dana Kletter (ex-Blackgirls, Dear Enemy, and Hole's Live Through This) contributed backing vocals to "Chips Ahoy!", "You Can Make Him Like You", and "First Night". The album title is a line taken from the opening lines of the song "Stuck Between Stations" ("There are nights when I think that Sal Paradise was right/Boys and girls in America have such a sad time together"), which in turn refers to a quote from American novelist and poet Jack Kerouac's 1957 novel On the Road and its narrator, Sal Paradise. The title is repeated in the lyrics in "First Night." The deluxe edition features 4 bonus tracks alongside an entire disc-worth of demo recordings fo the album's tracks.
88.2 kHz / 24-bit PCM – Vagrant Records Studio Masters