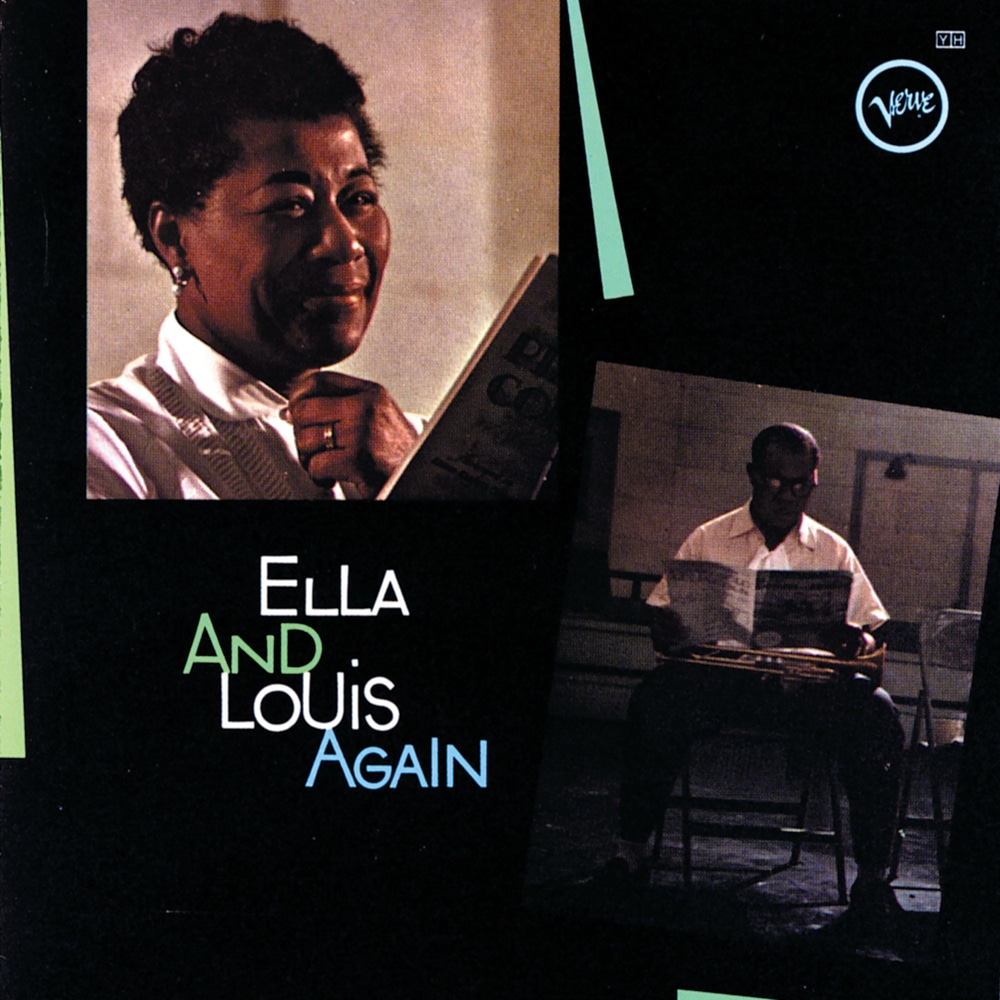 Available in 96 kHz / 24-bit AIFF, FLAC high resolution audio formats
"... a musical match made in heaven." - Audiophile Audition "... Pops and the First Lady of Song seem to be singing in the room, right before your eyes." - Stereophile "... captures some of the finest vocal work of the past century ... a highlight of the 1950s, a busy time for classic vocal jazz records ... both were in fine form, Fitzgerald's sweetly melodic voice contrasting nicely with Armstrong's coarse rasp ... Fitzgerald and Armstrong sound positively ebullient together ... Autumn In New York may be the best thing the two ever recorded, a beautifully tender reading with a nice trumpet solo to boot." - All About Jazz Ella and Louis Again is a studio album by Ella Fitzgerald and Louis Armstrong, released in 1957 on Verve Records. It is the sequel to their 1956 album, Ella and Louis. In contrast to their previous collaboration, this album features seven solo vocal tracks by either Armstrong or Fitzgerald amongst its dozen duet tracks. In addition to the album not being strictly Fitzgerald and Armstrong duets, the latter plays trumpet on fewer tracks than its predecessor, only six here. The Oscar Peterson Trio returns as the duo's backing, this time along with drummer Louie Bellson.
96 kHz / 24-bit PCM – Verve Reissues Studio Masters