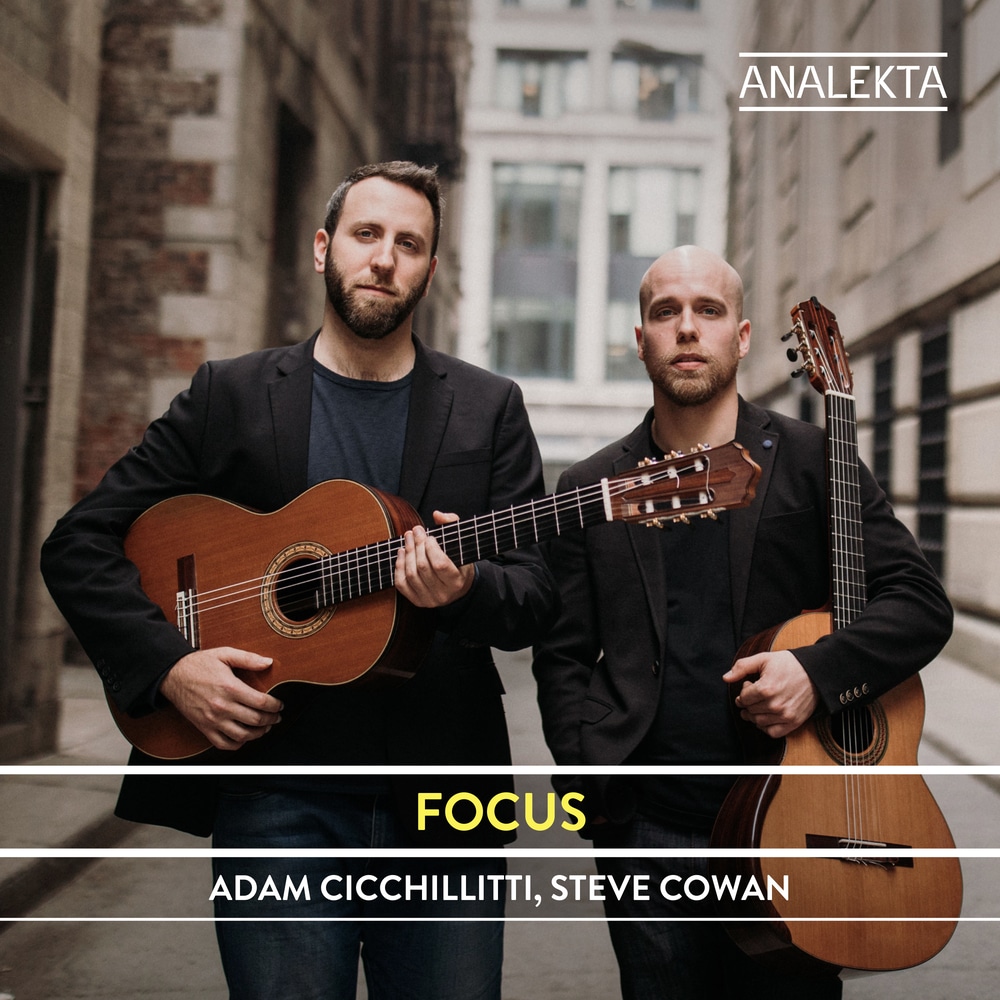 Steve Cowan and Adam Cicchillitti release their debut album as a duo, titled Focus, with the Analekta label. The album consists of exclusively new Canadian works, many of which were written for the duo.

2018-2019 was a milestone season for Steve, including his concerto debut with Ensemble del Arte in Germany, his New York solo recital debut, the release of a new album with the EMEC discos label in Madrid, and several other concert appearances throughout Canada and Europe. Steve graduated with his Doctor of Music degree from McGill University in Spring 2019, and continues to stay on faculty as a classical guitar instructor in the performance department.

There were several media accolades in 2017 for Montreal-born guitarist Adam Cicchillitti. The renowned American magazine Classical Guitar called him “a superb Canadian guitarist” and CBC Music included him on its list of Canada’s top thirty most promising young musicians in classical music, describing him as an “ardent ambassador for classical guitar.” His debut album Canciones, which was financed by the Canada Council for the Arts and MusicAction, was released in early 2018 under the Analekta label. The CBC music flagship classical music program In Concert mentioned that "every note stands out, like the brilliant distinct colours of a masterpiece by Pablo Picasso" when describing Adam’s debut album.
96 kHz / 24-bit PCM – Groupe Analekta, Inc Studio Masters